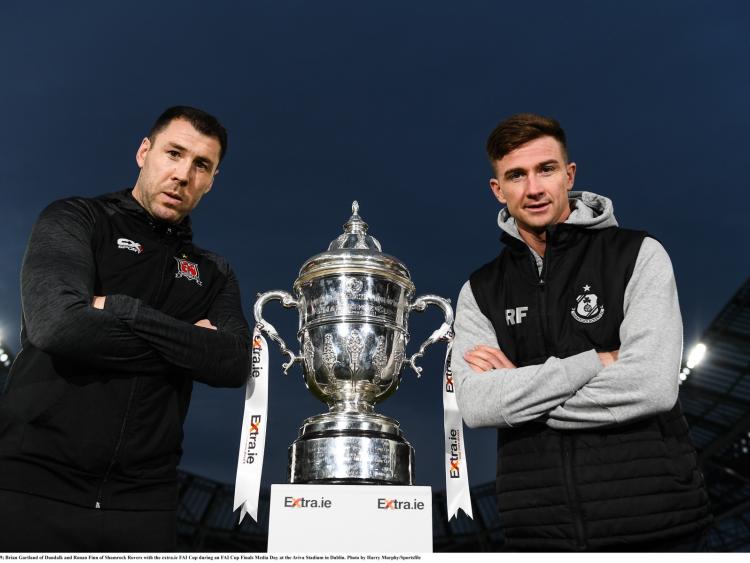 DERRY CITY 2 DUNDALK FC 3 (AET)
Donegal man Georgie Kelly was again the holders’ hero, his conversion in the second half of extra-time seeing off the crestfallen Candystripes. Daniels Kelly and Cleary had twice given Dundalk the lead in normal time.

SHAMROCK ROVERS 4 DROGHEDA UNITED 0
The Hoops scored four times after the break in Tallaght to knock Drogs out of the FAI Cup.

WATERFORD FC 1 DUNDALK FC 3
Daniel Kelly hit a hat-trick in the opening 33 minutes as Vinny Perth’s men progressed at the RSC, with Maxi Kouogan’s goal all The Blues could muster in response.

GALWAY UNITED 1 SHAMROCK ROVERS 2
Lee Grace’s injury-time finish sent his former club out of the Cup at Deacy Park. United had led the game, only for Rovers to fight back and deny the First Division side.

SLIGO ROVERS 0 DUNDALK FC 1
A late cracker from Michael Duffy earned Dundalk a fifth consecutive Aviva appearance as Sligo were left to rue what might have been at a packed Showgrounds.