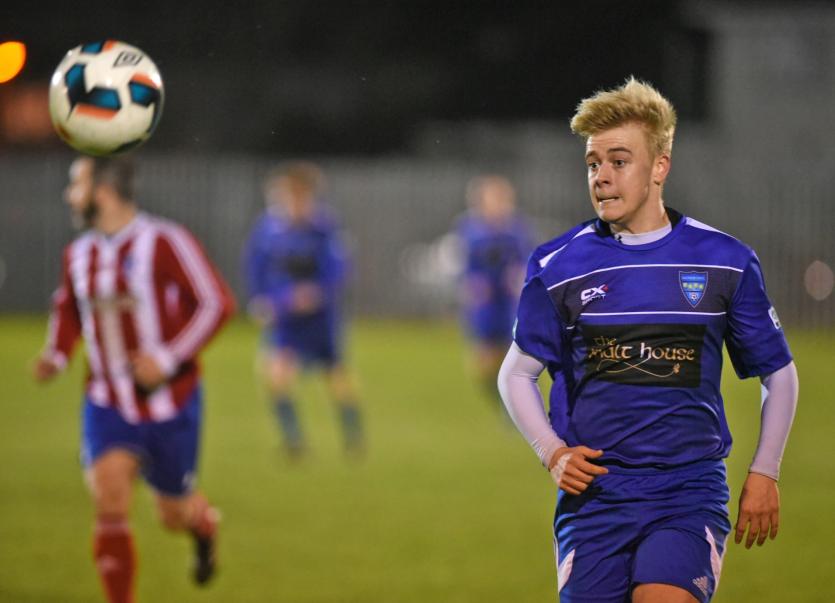 John Byrne was unlucky to see his late effort cleared off the line as Glenmuir exited the Reilly Cup on Sunday. (Pic: Ciarán Culligan)

Glenmuir’s hopes of Reilly Cup glory were ended by Abbey Celtic on Sunday as the locals bowed out down Hoey’s Lane.

The hosts took the lead through Willie Kelly from a set-piece, but mistakes saw them concede thrice over a disappointing spell, including once from the penalty spot.

Lorcan Doyle got Glenmuir back in the game from a spot-kick and they piled on the pressure in a bid to force extra-time, going close on numerous occasions, including at the death when John Byrne had an effort cleared off the line.