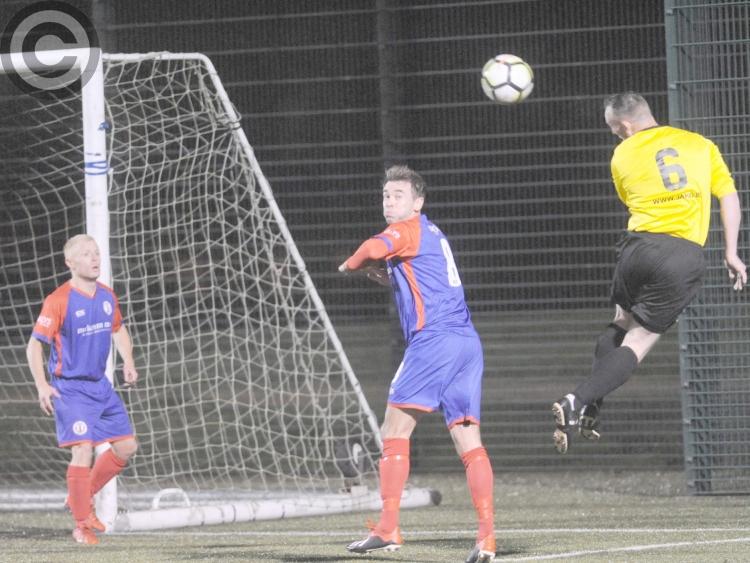 Bay FC will face Square United in a play-off to determine whether they will play Premier Division football next season, following Sunday’s 4-1 loss to OMP United, which sent the latter into the top-flight.

Needing a victory to avail of promotion, Bay coped well during a stop-start opening period, holding the lion’s share of possession in a half of few chances.

They fell behind, however, not long after the restart and despite Alan McCartney hitting the upright and Quadri Olowo nodding off target, they were two behind soon after.

To their credit, Damien Bellew’s side halved the deficit when Olowo got on the end of Paddy Connor’s delivery, but as the Rock Road men pushed for an equaliser, OMP hit them with two sucker punches at the other end to glaze a look of comprehensiveness on the scoreline.