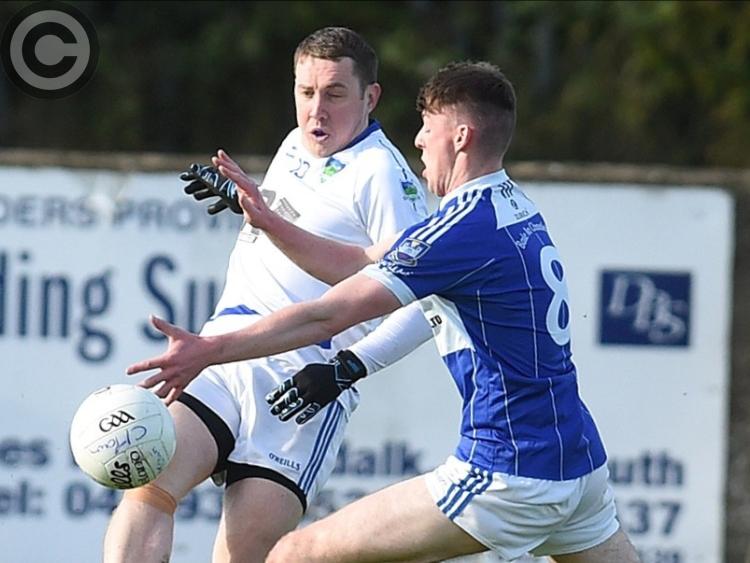 Roche Emmets made their second provincial appearance - 39 years since their last, which was a senior loss to Carlow’s Éire Óg - a winning one on Saturday afternoon to qualify for the Leinster JFC quarter-final.

The closing margin - all of 18 points - doesn’t reflect Castletown Gaels’ performance at St. Brigid’s Park, as Barry O’Hare, a scorer of 3-6 for the home side, proved to be the chief difference on a brisk autumn afternoon.

Roche’s clinical finisher deflated Gaels with a 10th minute goal as the Laois natives had to contend with being level in spite of dominating the opening exchanges, and from there a foreboding inevitability hung over proceedings.

The visitors made a fist of it for a spell in the second half, Ryan Mullaney’s major from a penalty reducing the arrears to five points.

But the O’Moore men simply lacked the creativity and forward presence to build on that platform, and when they did bustle their way through on the target, they were guilty of some poor finishing. Albeit they were a tad unlucky amid a few goalmouth scrambles.

“During the course of the year, most games we seem to start off sluggish, then get into it and the same in the second half,” said O’Hare of Roche’s display.

“It’s something we’re working on and trying to progress. It just needs to come a little bit more naturally.”

FORAY NORTH
Casletown’s foray to the north-east struck several disappointing chords approaching the close. Gearoid Gaughan and Evan Cuddy were dismissed by referee David O’Connor, who sparked needless controversy for his distribution of cards as though they were confetti.

While Roche’s Liam Carthy, O’Hare (2) and Shane Byrne raised green flags for the locals over a one-sided final 10 minutes, a return which put a comprehensive skew on the scoreboard.

Although Paddy McGuinness’ troops weren’t devoid of the Dublin whistler’s wrath either, having had David Quigley double booked midway through the third quarter, leaving his team to defend a seven-point cushion a man less.

Though some of Emmets’ experienced campaigners, Dan O’Connell - the creator of O’Hare’s first two goals - included, stood to the fore as Roche rampaged clear.

Able to look ahead at that stage, O’Hare added: We might never experience this again; I’m 29, I mightn’t get another opportunity in Leinster again so I’m going to take it with both hands and hopefully we can do as best we can.

“With the right attitude and if we can just keep getting better, there might be a Leinster there for us. To go away to Offaly, it’ll be something that we haven’t experienced as a group.”

WINNING BURST
On the back of O’Hare’s early three-pointer, Roche hit six points on the trot, a spurt which aided their freewheel towards a 1-9 to four-point interval cushion.

Mullaney - Castletown’s impressive midfield operator - found the net from a spot-kick and later picked out the top corner as the gap was whittled back to three into the final 15 minutes.

But a mixture of the referee’s reduction of their numbers and fatigue set in for the visitors, who were left trailing in Roche’s wake, O’Hare dispatching a penalty, having cracked the bar with an earlier effort, to complete a satisfying personal return.