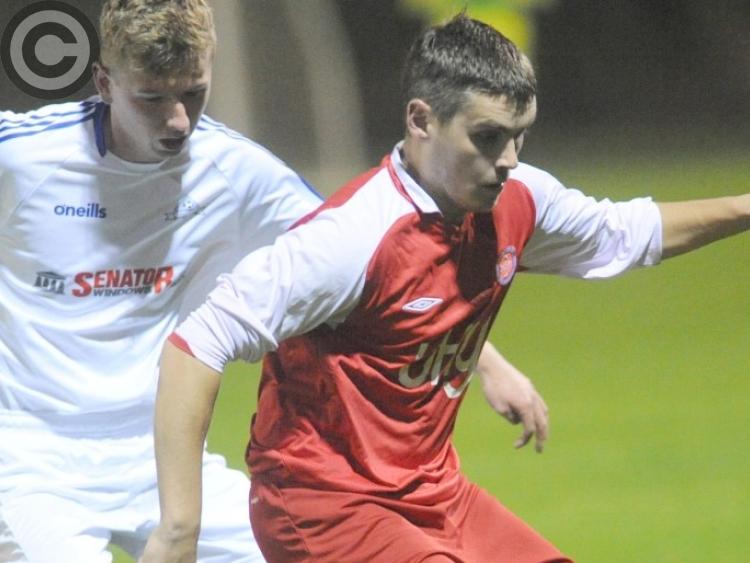 Ed Maguire was a part of the Rock Celtic team that earned their NEFL Premier Division safety away to Parkvilla on Wednesday night. (Pic: Aidan Dullaghan)

Rock Celtic safeguarded their Premier Division status at Square United’s expense through a thrilling victory away to Parkvilla on Wednesday night.

Needing the win to prevent a drop to Division One, young midfielder Oisín Meegan handed the Sandy Lane men the lead on 11 minutes.

And the gap was doubled shortly after the break when Barry O’Hare converted a penalty.

Parkvilla hit back with 20 minutes to go, from a spot-kick, and Rock were forced to defend strongly late on, which they managed in spite of the tough conditions.