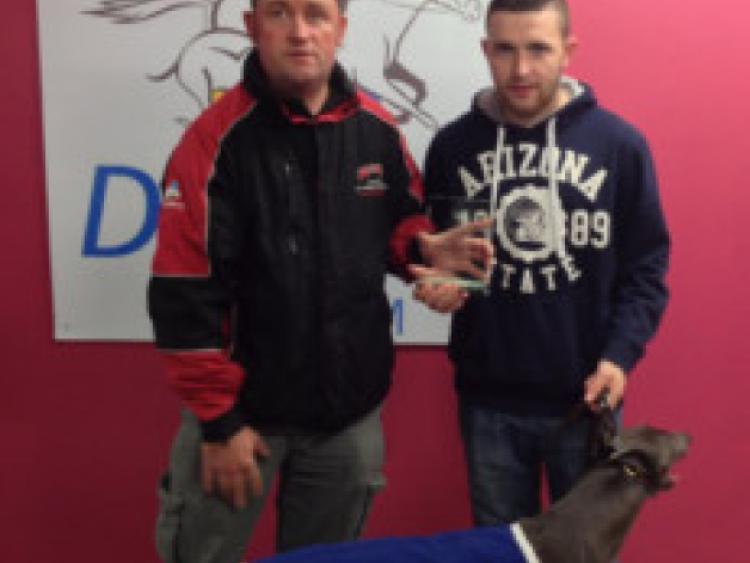 The Boylesports.com Irish Derby final takes place at Shelbourne Park this Saturday night, and the big question is, can either of the two veterans in the line-up get the better of their more youthful opponents.

The Boylesports.com Irish Derby final takes place at Shelbourne Park this Saturday night, and the big question is, can either of the two veterans in the line-up get the better of their more youthful opponents.

Ballymac Vic was whelped in June of 2010, and month before Tyrur Sugar Ray made it into the world. Four-year-olds normally have their best racing days behind them, but not this pair. While both have had a spell at stud – their offspring are showing terrific promise – they are going better than ever, and are through to the final of the €125,000-to-the-winner event strictly on merit.

Remarkably, this will be a third Derby final appearance for both. Tyrur Sugar, owned and trained in Galway by PJ Fahy, was a runner in the last two Shelbourne Park finals, and in 2012 had Ballymac Vic as an opponent.

The following year, Ballymac Vic, carrying the Kerry colours of Liam Dowling, from Ballymagellgott, reached the final of the English Derby, and a few months later won the Irish consolation decider.

Trainer Dowling has two in Saturday’s line-up; another that he bred, Vulturi, is running for Spanish owner, Javier Jarne.

Laughill Blake, a very fast and decisive winner of the first of the semi-finals, is likely to go off favourite. The Tipperary-trained dog is the only wide seed, and will therefore wear the six sheet. He’s been the essence of consistency, running his fastest last time out.

The field is completed by Emers Superstar and Borneo, both trained by men who’ve enjoyed a lot of success at Dundalk. In fact, it’s been all about Peter Cronin, Borneo’s handler, at Dowdallshill this year, the Waterford man sending out Metro Jack to take the Matthews.com International, and a month later scoring with Crokers Champ in the Bar One Racing Irish Sprint Cup.

It wouldn’t come as a surprise if Cronin tells Borneo’s owner, Liam Walsh, to clear off on a holiday and not go to Shelbourne on Saturday, because on the night he sent out Metro Jack and Crokers Champ to win their Dundalk finals, respective owners, Jim Tracy and Larry O’Shea, were away sunning themselves.

Emers Superstar’s trainer, Gerry Holian, had his biggest win at Dowdallshill with Mabel’s Dilemma, successful in the 2005 Irish Sprint Cup.

Highlight of last weekend at the local track was the fine form shown by runners from Jim Hynes’ Co Antrim kennel.

A single on Friday night was followed by a Saturday night treble, and with the season well into the second half, Hynes, whose runners carry the Quarterland prefix, sits comfortably at the top of the trainers’ table.

Dundalk-born, Dromiskin-based David Dunne is enjoying an excellent run with Glow Dubh. The black bitch has been successfully mixing sprinting with middle distance running, and on Friday night she made short work of her 400 opponents, winning unchallenged in her best time for the distance, 21.51.