INSIDE TRACK | No way for Barcelona to celebrate its birthday 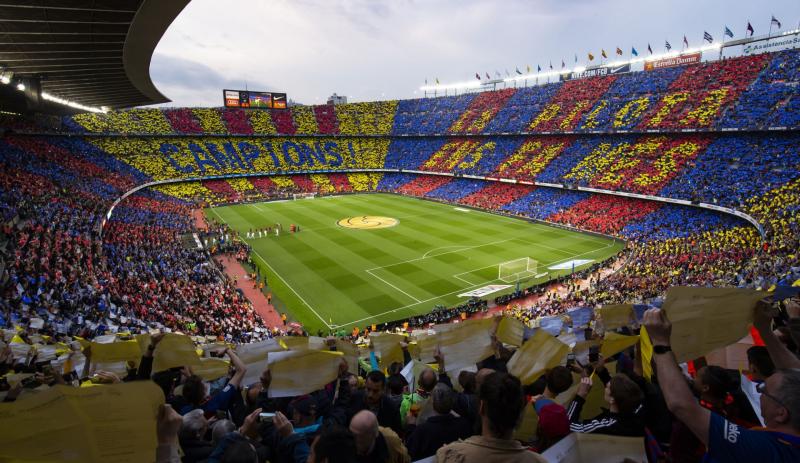 It’s not only today or yesterday that Barcelona football club has been embroiled in Spanish politics, its supporters’ links with Catalanonia deepening divisions over the years.

It’s not only today or yesterday that Barcelona football club has been embroiled in Spanish politics, its supporters’ links with Catalanonia deepening divisions over the years.

Nine Catalan separatist leaders were jailed last week, and among those who denounced Spain’s Supreme Court decision was former Barca player and manager, Pep Guardiola, now pacing the line at Manchester City. Catalonia, with its own language and culture, has been in dispute since losing its independence to Spain, back in 1714.

Regardless of their political affiliations, Barca supporters who like to party would probably say the present turmoil couldn’t be worse timed. It was on this day, October 22, 1899, that their world-famous club was founded, and could there be any better reason for a bit of flamenco and a bottle or two of sangria?

Just as it was Irishmen who laid the foundation stones for Scottish football’s Celtic and Hibernians, and a Donegal native, David Gallagher, was captain of the first touring All-Blacks side, The Originals, FC Barcelona had an ‘outsider’ at its birth. Hans Kamper was from Switzerland, and was just 22 when he stopped off in Barcelona on his way to West Africa to visit an uncle.  Remaining longer than he had anticipated, Hans, who had already set up FC Zurich (opponents for Dundalk’s first European adventure, in 1963) placed an ad in the paper looking for footballers to come and play.

The response was good enough to form what would become one of the world’s great teams. Significantly, it’s been written that Barca “established themselves as a team for Catalan nationalists”, winning titles galore.

Kamper, having given up the idea of going to West Africa, was club president from 1910 to 1925. He had fully embraced the Catalan spirit, but that may have been his undoing. Barcelona fans booed the Spanish national anthem at a charity match in response to a government diktat prohibiting the returns being spent on Catalan causes, and soon afterwards Kamper was “asked” to leave the country.

Pep Guardiola has shared Kamper’s political outlook but when penalised for expressing it – by the English FA, last year, for wearing a yellow ribbon at Manchester City matches – his fine amounted to no more than £20,000.