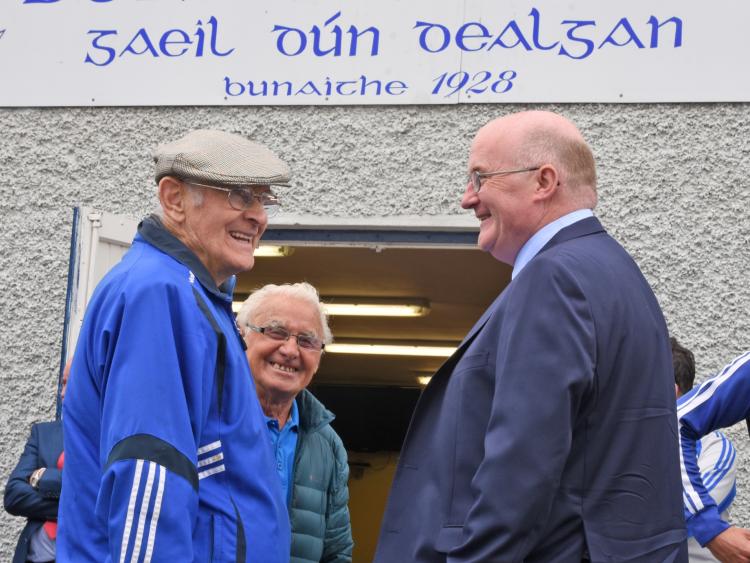 George Orwell’s Animal Farm came to mind not only after Special Congress’ decision to introduce a B Championship, along with a number of other motions, but also Thursday night’s special sitting of Louth County Board, where the proposal was voted in favour of.

Senior team manager Wayne Kierans and GPA representative Jim McEneaney have both put on record their feelings in favour of change, but not this, not the introduction of something which is ultimately a repackaged Tommy Murphy Cup, especially considering it impedes and renders the GAA’s Fixtures Calendar Review committee and their anticipated recommendations null and void.

In his hast to do something memorable, GAA President John Horan has got a competition in that’s been ill-thought and leaves incredible uncertainty moving into 2020.

But Louth are deserving of whatever lashback this opting provides. Last Thursday’s meeting, dedicated to mandating the county’s representatives proved clubs’ unwillingness to enforce change and improve things for the better. It was overwhelmingly apparent, for example, that the issue hadn’t been suitably debated at domestic level.

One delegate pointed out that in the proposal the second tier draw will be divided based on geography, i.e. it’s unlikely that Louth will draw a Munster or Connacht county in the opening round. This was news to many of those who turned up, which didn’t bode well for the end vote.

Only 18 of the 41 clubs were present. Just nine sat at the top table. The show of support finished 17-6 in favour of the secondary championship, which will see teams who close next year’s National League in Divisions Three and Four demoted should they fail to reach their provincial decider.

“No-one will play inter-county football,” said one Louth footballer to The Democrat on the way in to Sunday’s senior final in Drogheda.

Three of the executive abstained from casting a vote, while two were against the format’s application. At least Des Halpenny and Declan Byrne looked at the situation logically and listened to Kierans and co. On the other hand, vice-chairman Paddy

McMahon is believed to have campaigned strongly at Páirc Uí Chaoimh on Saturday in favour of the B Championship.
The dates for the final of the new championship is July 20/21 next year, while the opening round will be played on the weekend of the Connacht final. It all means that if Louth have a good run at the lower level, club football will once more be in jeopardy. Tradition states that the domestic championships get underway in early July.

Mr Byrne, the fixtures’ chief, expressed this at the hour-long Darver gathering and still delegates, many of whom will represent their clubs when dissatisfaction over fixture schedules, etc, is expressed next year, opted for President Horan’s brainchild.

In last week’s edition, your writer ended a column with “dinosaurs are roaming freely” and that remains standing. The right thing is to do away with the O’Byrne Cup and provincials, give the National League a vaster platform and compile a championship, possibly in a group format based off league placings, with an A and B knockout to follow depending on where you finish within the preliminary phase. It would mean the campaign is condensed and finals could be played at the height of the summer, late June or early July, leaving months for club football to flourish.

But the GAA are like the catholic church and DUP. Radical isn’t good, in their view.

‘How goes the work?’

WHO’D BE A REFEREE?
The advanced mark, which was trailed during the early part of this year, has also been introduced, a move which hardly makes for a free-flowing game as a forward can catch the ball and, in effect, have a free-kick.

One positive introduction, it must be agreed, is the 10-minute sin-binning on foot of a black card, rather than the enforced substitution which stands as the current penalty.

Who would want to be a referee, especially at club level?