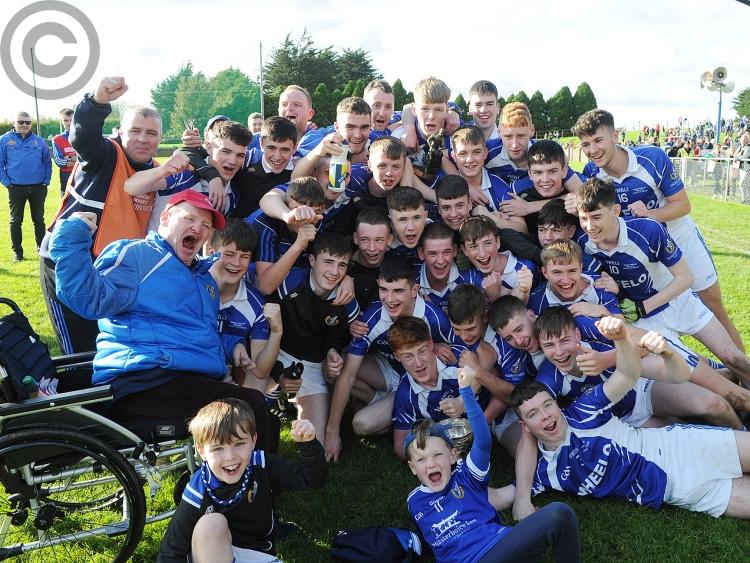 Naomh Máirtín’s day of destiny did, at least, get off to the start they hoped for in Drogheda, as the Monasterboice minors won the club’s second U18 championship in four years.

Full-forward Ben Callanan was the hero, scoring 2-1, but it says much about a rather unusual affair that their goalkeeper, Joe Gordon, was chosen as Player of the Match.

Not that the tall stopper was undeserving of the honour - in fact, only for his incredible second half stop, low to the right, Joes’ comeback may have proven successful - though it was a game in which no player truly stood out over another.

Jack Lynch, Dara McDonnell and Gerard Boylan fared well for the winners, as did danger man Tom Gray, while Jack Barron, Conall McCaul and Gabriel Bell spilt their all into the contest. Still, though, these outfits are about unity as opposed to individuals. Perhaps that’s why they appeared in Sunday’s final. 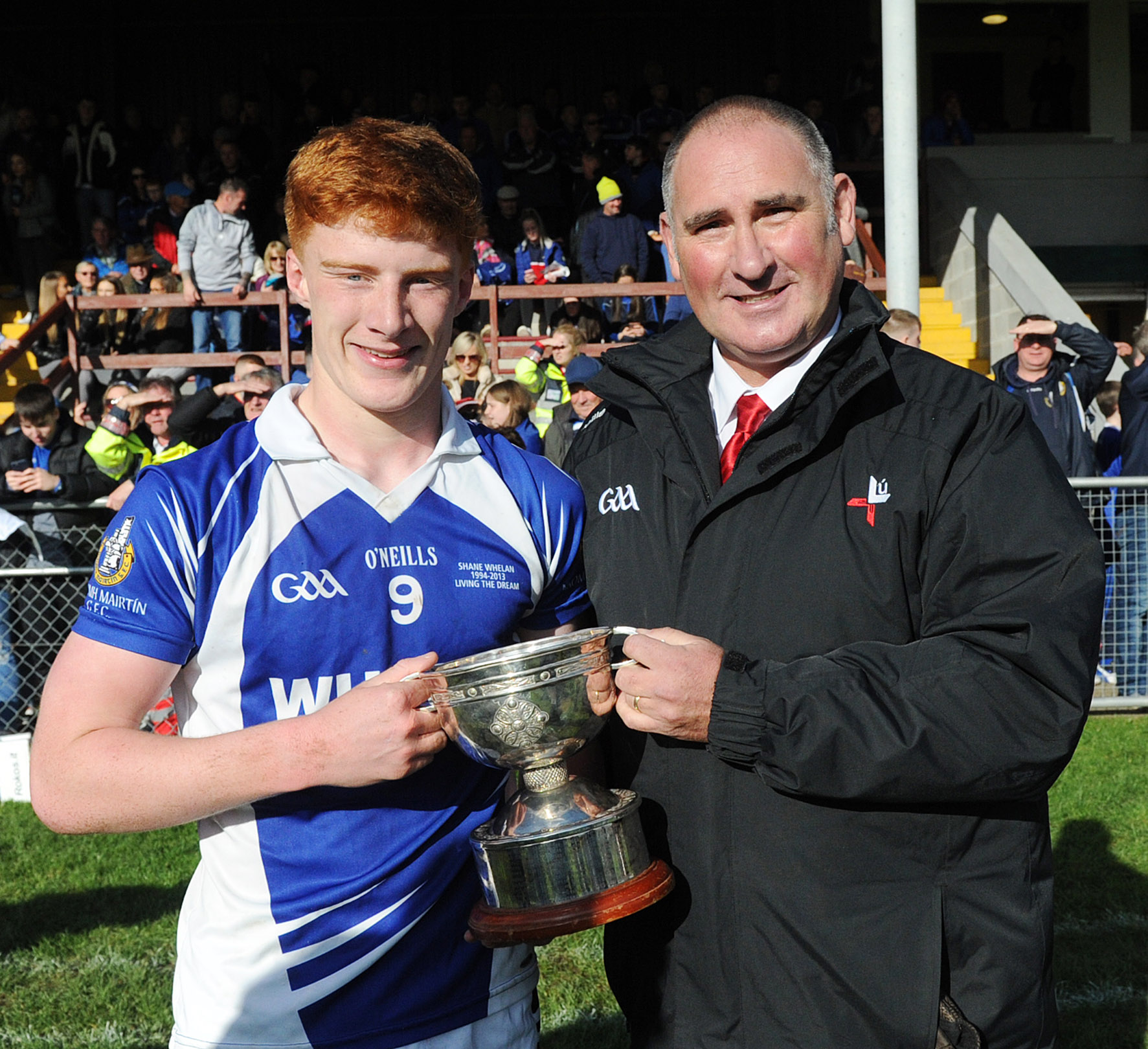 As the scoreline accurately suggests, the key moments arrived within close proximity during the opening period, as Callanan flicked and then rocketed balls to the net, as Naomh Máirtín took control of a match they trailed by three at two early intervals.

McCaul and Bell tried in earnest to get Joe’s back on track, especially towards the end of the first half, yet The Jocks gave as good as they got in the registry stakes. Some of the points were of audacious quality.

Trailing 2-5 to six at the turnaround, the task looked to be an excessive one for the Dromiskin/Darver teenagers and frustration grew as the inevitability over the situation became apparent. As many as five hopeful punts in the target’s direction drifted wide after half-time, attempts which deflated any lingering hope of a suitable revival. 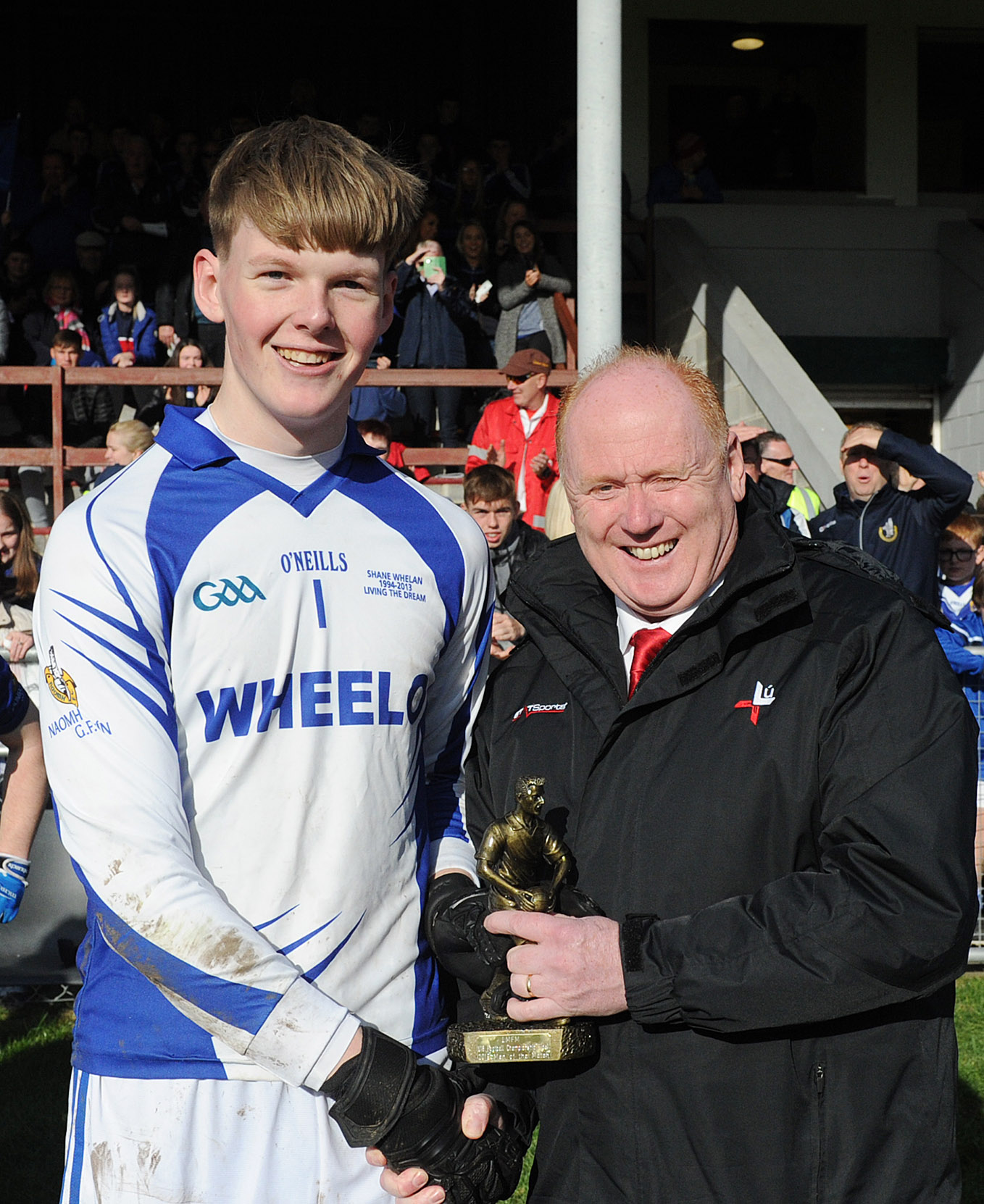 And with Máirtín’s scoring just three second half points, the prize sat within a tangible range of Joe’s, had they had more composure. In saying that, on another day, they could have had a penalty, or maybe even two, with definite contact, albeit minimal, having been made on attackers of the Cluskey Park side.

In equal measure, though, Máirtín’s would have doubled their goal tally had they taken the relevant opportunities.

Ultimately, no regrets can be had. The superior team won.

Subs: Kevin Campbell for A Neary (31), Connor Marmion for McGrory (54)