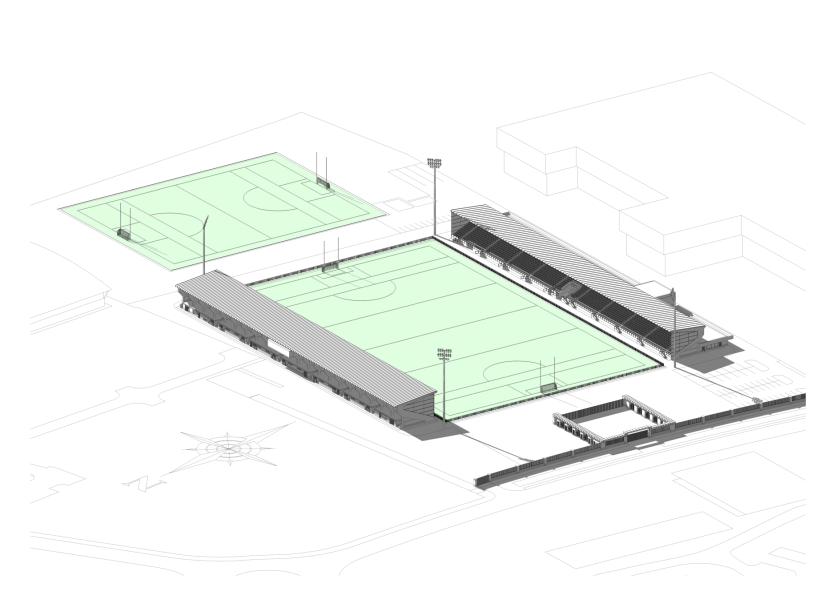 Drawings of the proposed new Louth GAA county grounds off the inner relief road in Dundalk.

What a toll the weather collected last weekend. From Yokohama to Drogheda it caused ‘The best laid schemes o’ mice an’ men/Gang aft a-gley.” (With thanks to R Burns). And it probably didn’t do the Dublin GAA County Board much good, either.

The latter’s fixture-makers had a couple of senior championship matches down for decision at Parnell Park on Saturday evening. They went ahead, shown on television but played in front of what seemed no more than a few hundred spectators.

All of this only a few weeks after Croker was crammed for the presentation of the five-in-a-row crown, and thousands of others – members of the never-miss-a-game brigade, no doubt – had to stay at home because they couldn’t get a ticket.

Let’s hope it was live screening of the games, or, maybe the foul weather that had the Donnycarney venue looking emptier than it was at pre-All-Ireland training sessions, and not a disregard for the club game.

Farce is a word that came to mind when the warning went out that if Super Typhoon Hagibis arrived in Japan with the anticipated force that games in the rugby World Cup would have to be cancelled. Not postponed or moved to another venue, mind you, but declared null and void, each team to be awarded two points and no chance of winning a bonus point.

Ireland’s game with Samoa was in doubt, but, thankfully, went ahead. So, too, did Scotland’s meeting with the host country in the same group, but England’s clash with the ‘ould enemy, France, fell victim of Hagibis, not that the decision to cancel had any real bearing on the outcome in Pool C.

These kind of weather conditions are not unusual in this part of the world, and therefore the question has to be asked: why were contingency plans not put in place, allowing for the games to be played at another venue, or postponed? It is, after all, the game’s biggest competition, coming around only every four years.

Whatever doubts that arose about Ireland’s ability to make it to the quarter-finals were well and truly dispelled in Fukuoka (Say it slowly). Rory Best was retained as captain, but it was Jonathan Sexton who led from the front. The 42-point win and Scotland’s defeat off Japan means Ireland will be lined up against New Zealand this coming Saturday.

A farce of another kind was played out nearer to home on Sunday last. In Drogheda, in fact, where two Louth county finals were due to be played, the senior included. It rained heavily on Saturday night, encouraging the brains trust to hold an inspection on Sunday morning. The Gaelic Grounds pitch was found to be perfectly playable, but the surrounding banks were deemed to be too wet, and, so, around midday it was decided to call off the programme. It’s the first time in living memory – and may be the first time ever – that this has happened.

How much worse it was than two years ago is open to question. Back then the programme was allowed to go ahead, when, not only were underfoot conditions on the banks very wet, the pitch got badly churned up even before the main event got underway.

If all of this does nothing else, it highlights the need for everything to be right at the proposed new county grounds in Dundalk. This is being said because the chosen site is low-lying and close to the sea, and with all the climate change warnings we’ve been hearing in recent times, it’s essential the finished product is built to withstand the ravages of time.