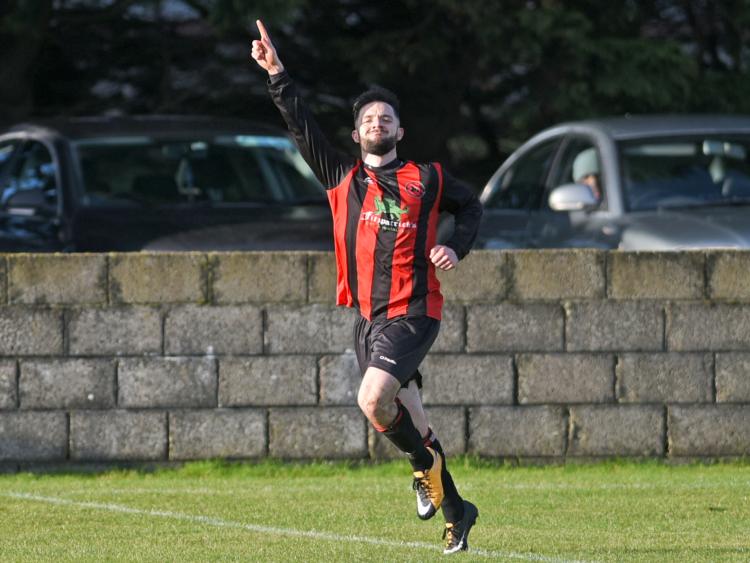 Ciarán Sheelan was on target for Bellurgan United against Lucan United on Sunday. (Pic: Ciarán Culligan)

Bellurgan United advanced in the Leinster Junior Cup after a comfortable home win over Lucan United in Flynn Park on Saturday.

Prolific striker Ciarán Sheelan struck twice for the peninsula side, while Tadhg O’Connor was also on target as Bellurgan maintained their strong recent run of results to progress on the provincial stage, following last week’s victory in the FAI Junior Cup.