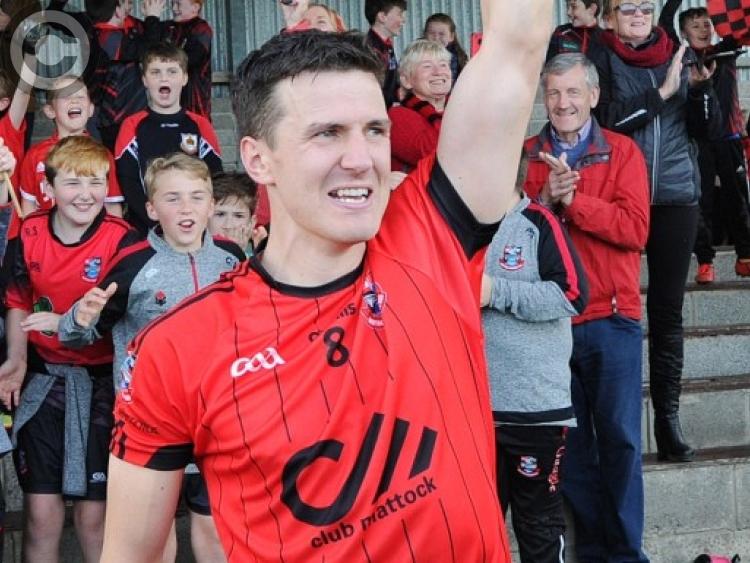 Daniel Bannon, a holder of three senior championship medals, was “a spoilt Mammy’s boy” the last time Mattock Rangers got over the line on an occasion such as Sunday. Cork footballers won the All-Ireland, Chelsea: Premier League kingpins and, of course, the Collon men were supreme at senior, in 2010.

“Now I’ve three kids hanging out of me before I play,” the midfielder added, as red and black tinged the Stabannon green.

“The whole village has changed, lads have come and gone, but, still, the spirit is there; a good football team from Collon, representing the red and black. That’s what it’s all about really, no matter what grade.”

A good team they are, too, and in capturing the Seamus Flood Cup for the first time since 1982, they gave as close to a complete display as they could have wished for. The Reid brothers, captain Adrian and David, gave an exhibition, Brendan Leacy, Dáire Englishby and Alan Caraher were superb, while the half-forward line of Terry Donegan, Ryan Leneghan and Ben McKenna rose to the occasion.

Through July and into autumn Mattock seemed to stumble from round to round, the potential for a scalp appearing always large in the eyes of opposition. But they survived, jumping the semi-final hurdle which tripped them in the last two seasons before atoning for the decider defeat of 2016.

The reward for the display is a place in the Leinster knockout, territory where Mattock have revelled in years gone by, but, most importantly of all, a return to the elite ranks of domestic football. And manager Niall Callan, one of their own, feels the time is right. 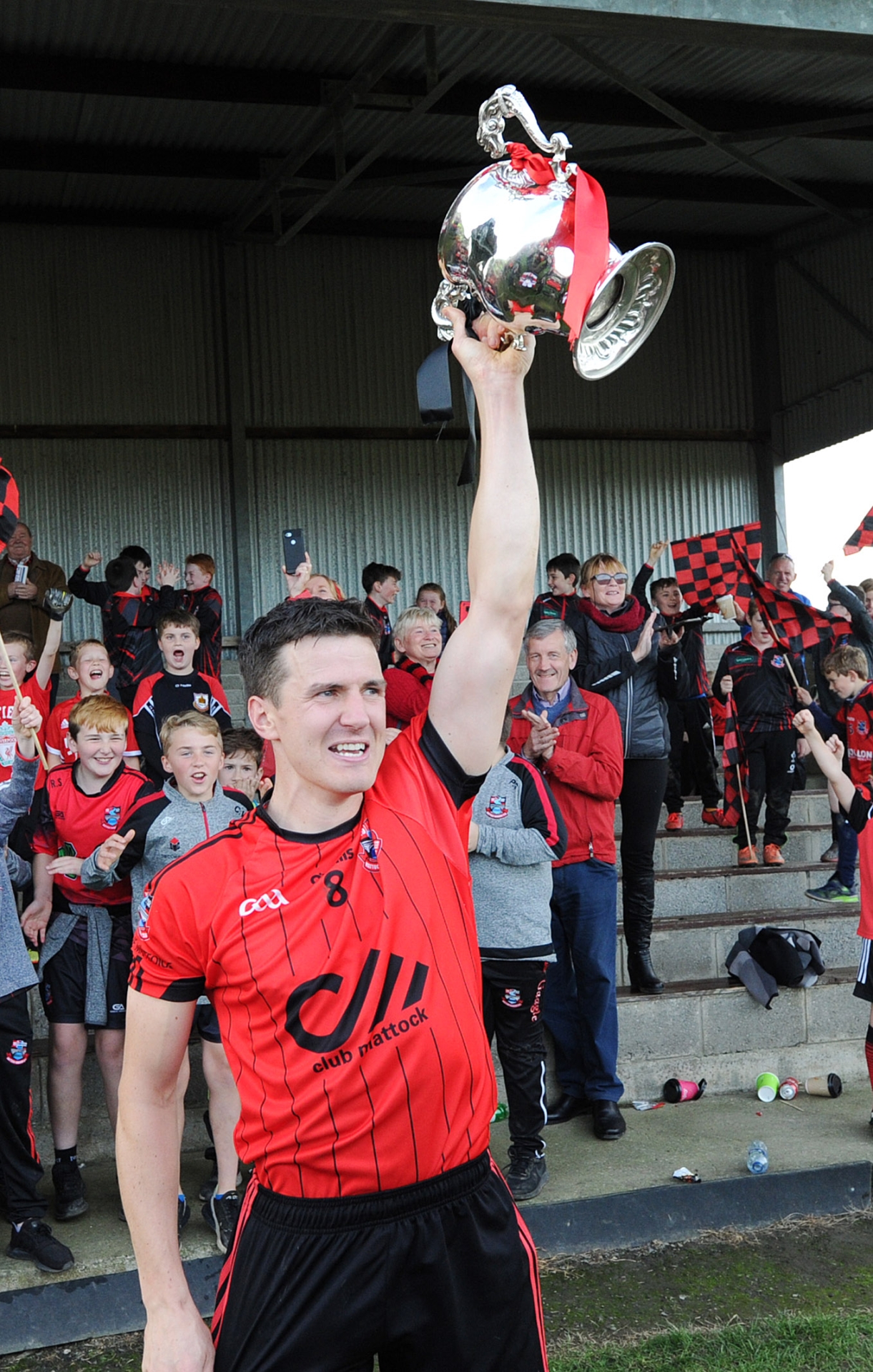 “We can compete, we’ve been competing well in Division One for the last number of years. There is no reason why we can’t compete in the senior championship.

“We’ve been building towards that performance for the year. We were always looking to better ourselves, but we were focused on getting a big performance towards the end of the year and thankfully we just clicked.

“The last couple of years, I’ve gone to see them and I just knew they were better; the lads knew themselves and they owed themselves this today.”

POINT OF NO RETURN

For Kilkerley, whose brief it was to win a second IFC in five years, the point of no return arrived early, inside 10 minutes to be accurate. Mattock blew their challenge away as though it were crumbs on a table, shooting 1-4 in succession. When Emmets eventually found some rhythm there was simply too much to do.

The goal was trademark Mattock, a turnover by Leacy releasing Aaron O’Brien who teed up Leneghan for a well-taken finish. Kilkerley didn’t help their own cause, mind. Through conceding four early frees David Reid (3) and McKenna chucked punishment their way, Mattock’s shooting on the day being of an extraordinarily high standard, no wides being tallied.

Tadhg McEnaney finished with half of Emmets’ total, four of which came during the first half and a spell where the deficit was sliced back to five, 1-8 to six at the interval.

Not that Bannon and co were fretting at the prospect of another 30 minutes.

“We did tail off a little bit in the first half, but we knew the performance was in us, we knew it was there, we just needed to work on a few things.

“It didn’t really matter about the opposition this year. Last year we would have worried about opposition to a standstill with nerves. Today was all about ourselves, all about red and black.”

Callan added: “If you get on a roll, it’s very hard to break a team with a little bit of momentum. We didn’t win the throw-up, but we got a turnover and started moving, and we started moving for 10 minutes.

“They were always going to get their purple patch, but we weathered that storm and they got back to five points at half-time, but we just reset ourselves and worked on our work-rate.”

FIGHT TO THE FINISH

Twice Kilkerley had Mattock within four points early in the second half, but even the most optimistic of their followers couldn’t have predicted anything bar the inevitable outcome. A goal was required to ignite their challenge, one which never threatened to come.

While, at the other end, Mattock, as they stylishly tend to, probed and glided from position to position, able to retain possession until a suitable passing, or scoring, opportunity afforded itself. And, then, the Reids, with O’Brien and Leneghan, would capitalise, growing the gap to an accurate eight at the finish.

“We were humbled a bit coming down intermediate and we learned an awful lot about ourselves as a club, as a team and individuals,” said Bannon.

“We had to change the culture; Christy (Grimes) was with us, Derek Walsh was with us, great men - John Kennedy, Brendan Grant, Gus Flynn - they were all there through the process to the final day and Niall Callan over us this year, with Seán Kelly and Earnan Roche. It’s been a group effort.”