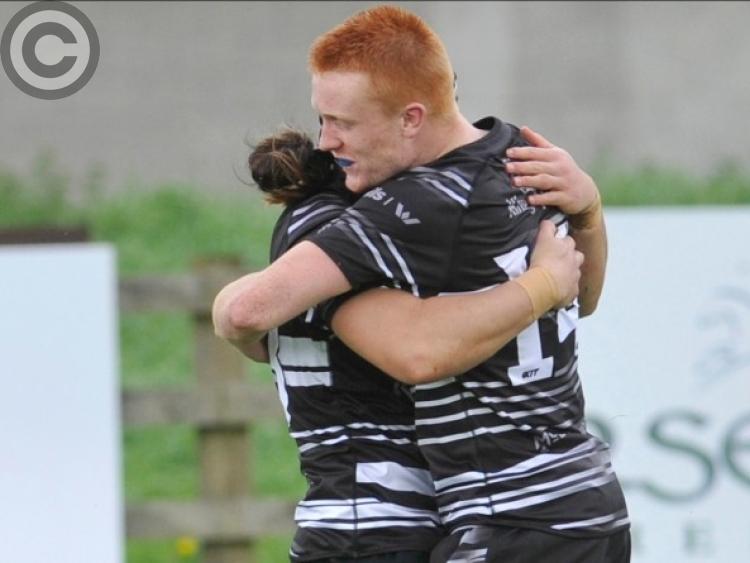 Dundalk RFC made it two wins in a row when seeing off Seapoint in a major struggle at Mill Road on Saturday afternoon.

The hosts trailed for just five minutes, during the opening half, in recording another morale-boosting triumph, but had to withstand a strong push from the visitors over the closing stages.

Youngster, Ronan Greene was a two try hero for the men in black and white, the first of his majors coming after 10 minutes; a neat finish in the corner.

The conversion attempt was missed and that allowed Seapoint to capitalise when they found the try-line for the first time in a subsequent attack. The extras sending them into a 7-5 lead.

But good play by centre Willie Schutz presented Greene with another chance at scoring and the flying winger obliged, with the former sending the conversion between the posts.

Dundalk would have been on top for much of the opening period, but were pegged back shy of the break, as Seapoint crossed for their second five-pointer, only to skew their kicking attempt.

Level at 12-12 at half-time, Dundalk’s set-piece was good during the early part of the second half, eventually paying dividends on the hour-mark as Schutz profited from a pre-rehearsed move off a line-out to cross, before converting.

That ensured the winners were 19-12 in front approaching the closing stages, where Seapoint mauled over in the corner, but, crucially missed the extras shot.

Still, the opposition came forward in search of a winning score, turning down the chance of converting a penalty in favour of going for the jugular. But, after phases of brutal play, Dundalk turned them over, earning a precious victory as a consequence.