'They're a mad bunch of lads, psychos everywhere' - Sheridan brothers aiming to spark a Glyde revival 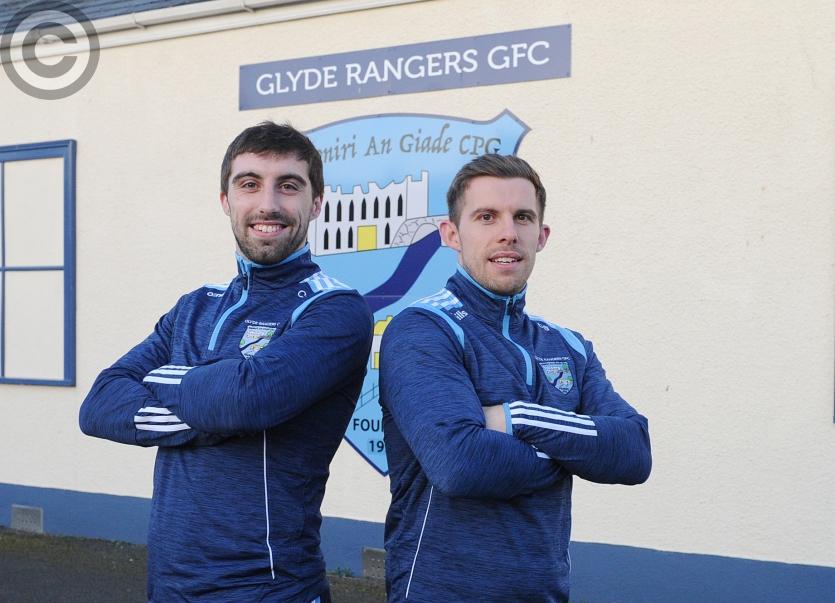 Ciaráin and Céin Sheridan will enter their third successive Anglo Printers JFC final this weekend, when they take on Roche Emmets in the Clans. (Pic: Arthur Kinahan)

The Democrat: “So you’re the baby, Ciaráin.”

Democrat: “I assume your mother washes the training tops.”

Democrat: “How do you distinguish whose is who? CS and CS.”

Ciaráin: “There used to be a way, but I wasn’t playing at the time.” 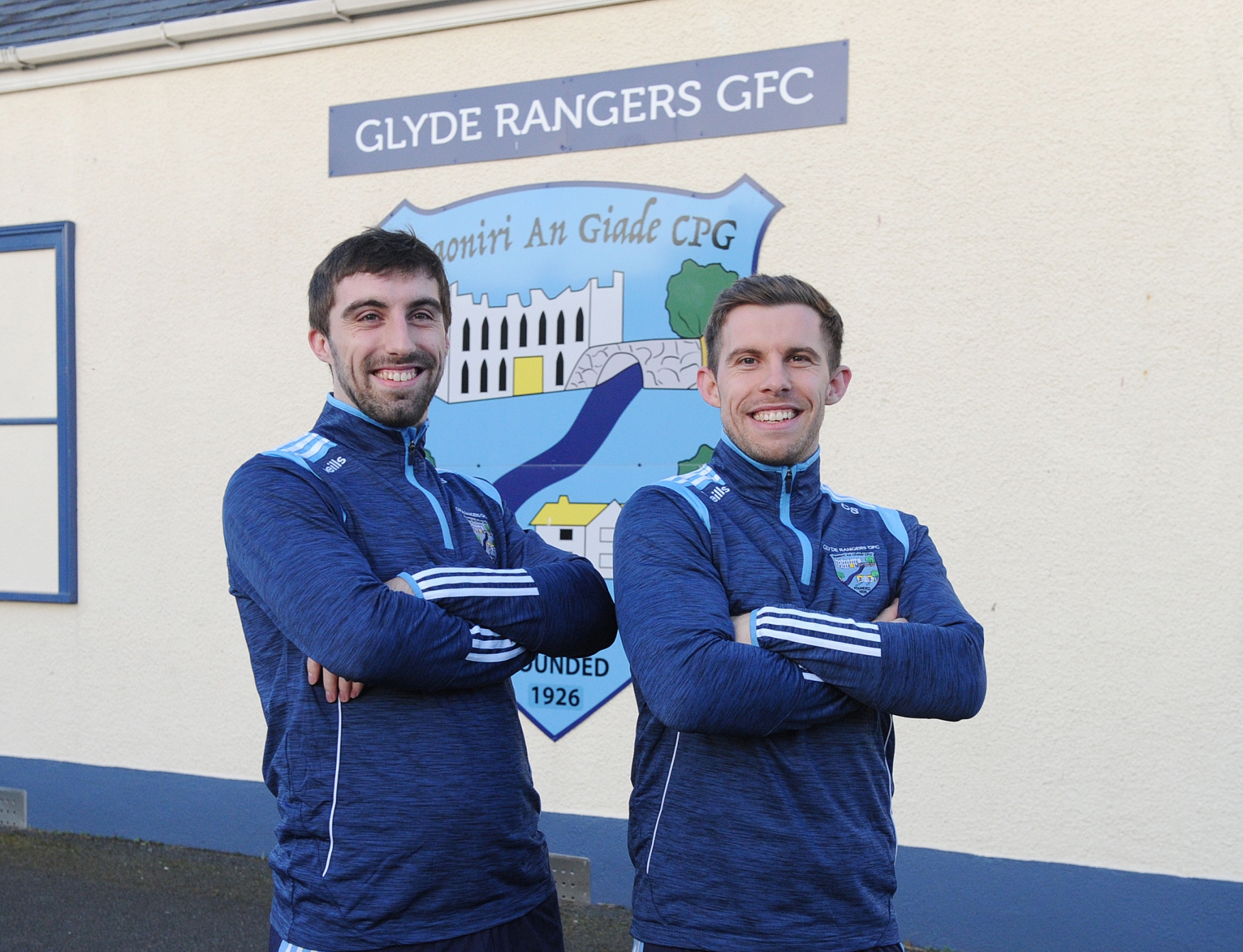 Ciaráin: “How would mine stink, sure Mam’s washing mine!”

Céin: “Sure I suppose he doesn’t do enough to break into a sweat.”

Ciaráin: “This interview is over…”

The upstairs committee room at Glyde Rangers’ Páirc Uí Taibh looks over the Tallanstown side’s playing field. It’s the window over the scoreboard you view through, wondering all the while how many times the glass has been shattered by a stray shot?

On the way into the village, it’s not until just before PJ Lennons that you see a sky blue and navy flag. Perhaps the novelty of appearing in the junior championship final, for the third year in a row, is beginning to wear off? For the Sheridan brothers, that’s the case. It’s no longer an occasion, rather the end-point of a mission.

“We’ve had two tries already and it’s nearly ‘shit or bust’ now,” says Céin, the older of the pair at 27, who captains Rangers into Sunday’s final.

The outcome, win or lose, has so much meaning attached. It’s as if Glyde’s future will be shaped in some palpable way by where Christy Bellew rests for the winter. 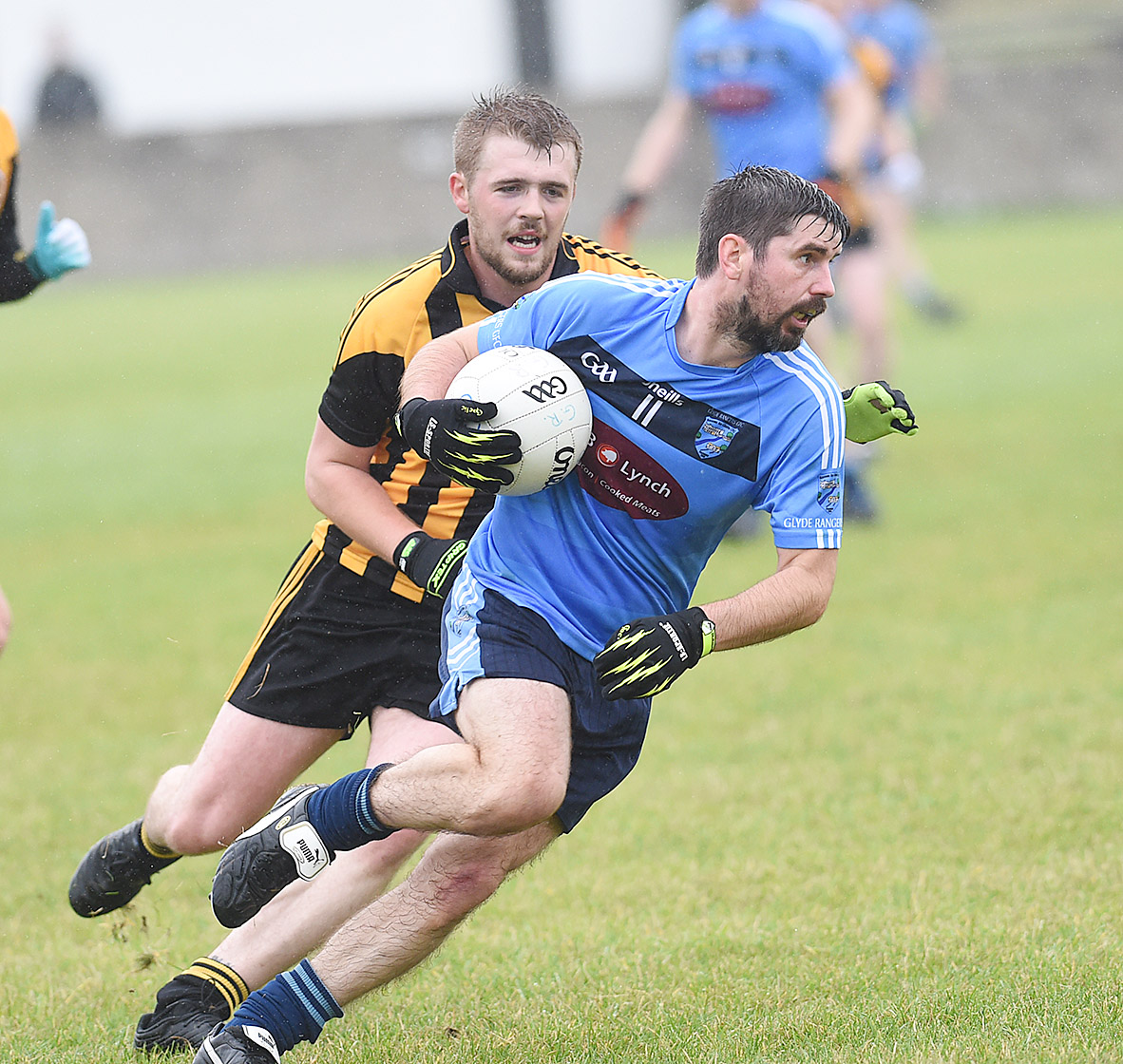 Céin talks about trying to get the club into a grade where Glyde’s present and future academy graduates can learn, develop and flourish away from the ruthless ties of junior football.

For Ciaráin, there is the parish, community element. The rewarding of great men like Tommy Burns and Patsy Reid, among others.

“It’s Tommy and Patsy and all the others who are as much part of the club as the selectors and players,” he says, glancing briefly over his shoulder.

“They’re the lads that are at every training, opening the gates. Literally, they’d be there every session, more than some of the players.

“You do want to give something to them because you know how much it would mean to them for us to win something and bring it back to the village.”

There are others who they feel merit a major victory, the O’Briens and cousin Sheridans specifically.

Céin: “They’re the lads who’ve been here through the highs of senior and stayed when we were absolutely rock bottom, and now they’re hopefully helping us back up.

“I just feel for some of those lads to never have won any sort of championship, I just want it so badly for them, even more than for myself.” 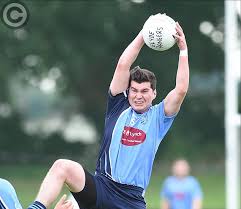 Indeed, it’s interesting that the ‘highs of senior’ was mentioned. Both Céin and Ciaráin began their adult careers playing in the top-flight, the former during “the Mickey McConville days” where Glyde were among the pack chasing Joe Ward and senior league titles.

Their father, Aidan, and uncles Martin, Enda and Gerard lay at the coalface through the junior championship wins of the 90s and subsequent rise to somewhere in the region of the county’s summit.

For them, for their family, of which the lads are the third generation of Glyde Rangers, ending a decade of downward spiral with a bounce would mean more than words can do justice to.

“We’ve gone full circle where we’ve reached very close to the top and there were genuinely some fantastic players that would have played with us, that I would have watched from years back when I started,” Céin adds.

“Unfortunately, for me, I would have loved to have been a couple of years older to have been stuck in the middle of the (senior years), but at the same time there is a great bunch of lads here at the minute and I’m delighted that we are competing.

“By winning, we might start some sort of regeneration almost. There are younger lads coming through underage.”

Ciaráin: “Talking about going senior, Enda and Dad were involved in that initial team to get senior.”

Céin: “They were in it for only one reason. It had nothing to do with money.”

Céin: “It was like the final last year; so surreal.”

Ciaráin: “I nearly played it in my head that ‘imagine he didn’t save it? That would have been a terrible feeling.’ Thank f**k he saved it.” 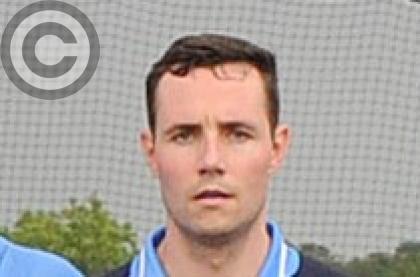 Céin: “I know Ollie (Flynn - manager) turned his back. He thought it was…”

Disaster was incredibly averted in the semi-final, with Glyde ’keeper David Brennan the hero after pulling off two late stops as Na Piarsaigh pushed for a match-winning goal. As The Democrat leaves, making its way through the team’s warm-up session in the hall, Brennan is pointed out by the Sheridans. “There he is”.

How would they have stomached a loss such as that? There would probably have been more pieces to pick up than a smashed glass panel.

But they’ve got used to such gut-kicks, although they mildly disagree over which was worse. Ciaráin ranks the 2017 final loss to Glen Emmets as harder to take, although Céin plays over last year’s pipping by Young Irelands on a regular basis.

The latter supresses his role as skipper ahead of ‘take three’, against Roche Emmets, but there are forward-thinking thoughts. He has pondered being the first Glyde man to lift Mr Bellew since 1996.

“It’s woken me up in the middle of the night sometimes, thinking: ‘C’mon, let’s do this’.”

What type of captain is he? It’s hard to distinguish. He’s certainly not a noisy one.

Céin: “The whole shouting thing, it does nothing for anyone, especially younger lads.”

Democrat: “I got the impression the Glyde were mad.”

Ciaráin: “No, no, put that in. They’re a mad bunch of lads, psychos everywhere. They’re all psychos!”

Though the question remains: what type of captain is Céin?