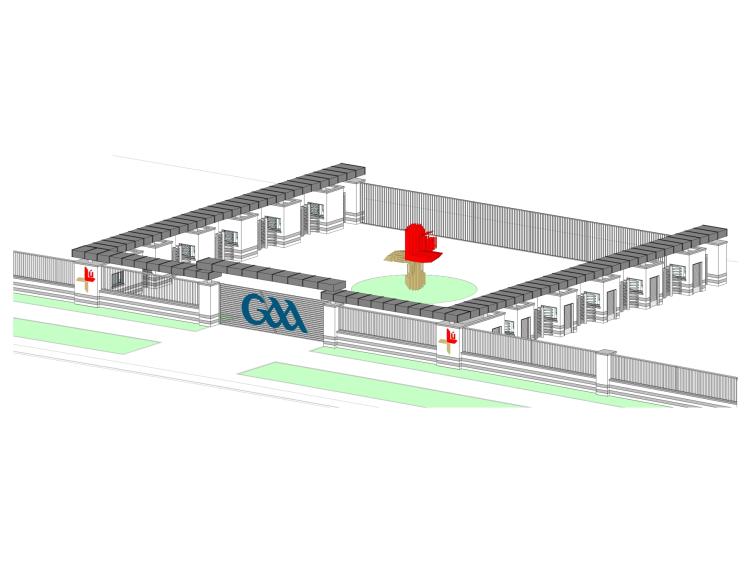 Louth GAA are to launch a ‘dual house draw’ next month in a bid to raise finance for their €12 million stadium development in Dundalk.

Louth GAA are to launch a ‘dual house draw’ next month in a bid to raise finance for their €12 million stadium development in Dundalk.

It is hoped all 40 clubs will partake in the fundraiser, with tickets costing €100 each, although there will be no commission or bonuses for doing so. The prizes are a house in Blackrock and another in Drogheda.

Up to a maximum of 25,000 tickets will be made available for purchase, roughly 20 percent of which will be put for sale online, between October and next Easter.

Grounds committee chairman Aidan Berrill says the initiative will be “vigorously marketed”, while, after respective expenses are factored, €1.9 million is the targeted income fee from the draw if all tickets are sold.

“We have to raise our own funding so this is our first initiative,” Berrill told The Democrat.

“We have no history of fundraising in this county. I’ve been treasurer for 10 years now and in that period of time, there are no initiatives here.

“When I came in first we had to levy clubs to pay for Darver and that’s working very well, but it is a burden on clubs.

“We do need to contribute to this ourselves and put a certain amount in the pot. I don’t know what that percentage is, but we’re going to try and raise as much as possible because it’s a once in a lifetime opportunity. We want to do it to the highest standard we possibly can.”

A meeting with club chairpersons and secretaries is expected to take place promptly, while Berrill declared his delegation’s intention to sit down with all outfits individually. He explained that they had taken advice from St. Fechin’s and St. Kevin’s, both of whom have run such draws successfully.

“We have Christmas coming up, €100 (ticket) is a very good Christmas present for friends and family,” Berrill added.

“Your employees in a business, give them a present of a ticket for a €200,000 house. There is Valentine’s Day in February, St. Patrick’s Day and Easter, birthday presents.

“We’ll be throwing everything at this, to market it whatever way possible. Our first launch in October will be ‘buy your ticket in October and be in with a chance to win €1,000’. Initiatives like this are what we’ll be trying to promote the draw.”

Asked for an update on the stadium’s progress, the Naomh Máirtín clubman said that a full planning application had been lodged, although they were still awaiting department go-ahead to begin clearing and filling the Inner Relief Road plot.