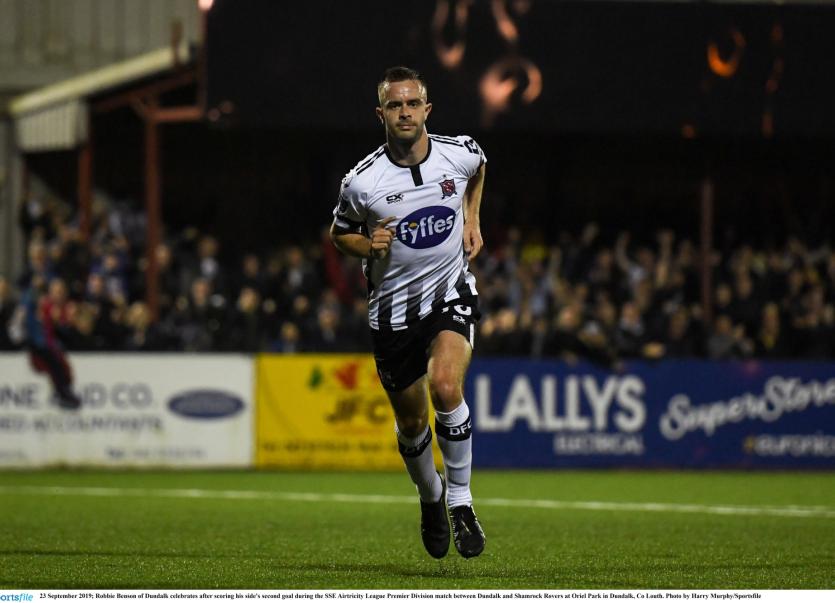 Vinny Perth has revealed the “major row” he had with Robbie Benson this week. (Pic: Sportsfile)

Vinny Perth has revealed the “major row” he had with Robbie Benson this week, with Dundalk FC’s head coach’s frustration perhaps the catalyst for the midfielder ending a 13-month goal drought in their title-clinching win against Shamrock Rovers at Oriel Park on Monday.

The 27-year-old suffered two nightmare injuries this year, with a fractured fibula against Sligo Rovers on the opening day of the league season followed by a rib injury against Qarabag in July, less than a month after his return.

Perth said that Benson had been “very down in himself” recently but he urged him to rediscover his scoring form, having not netted since a trip to Bray Wanderers in August of last year. 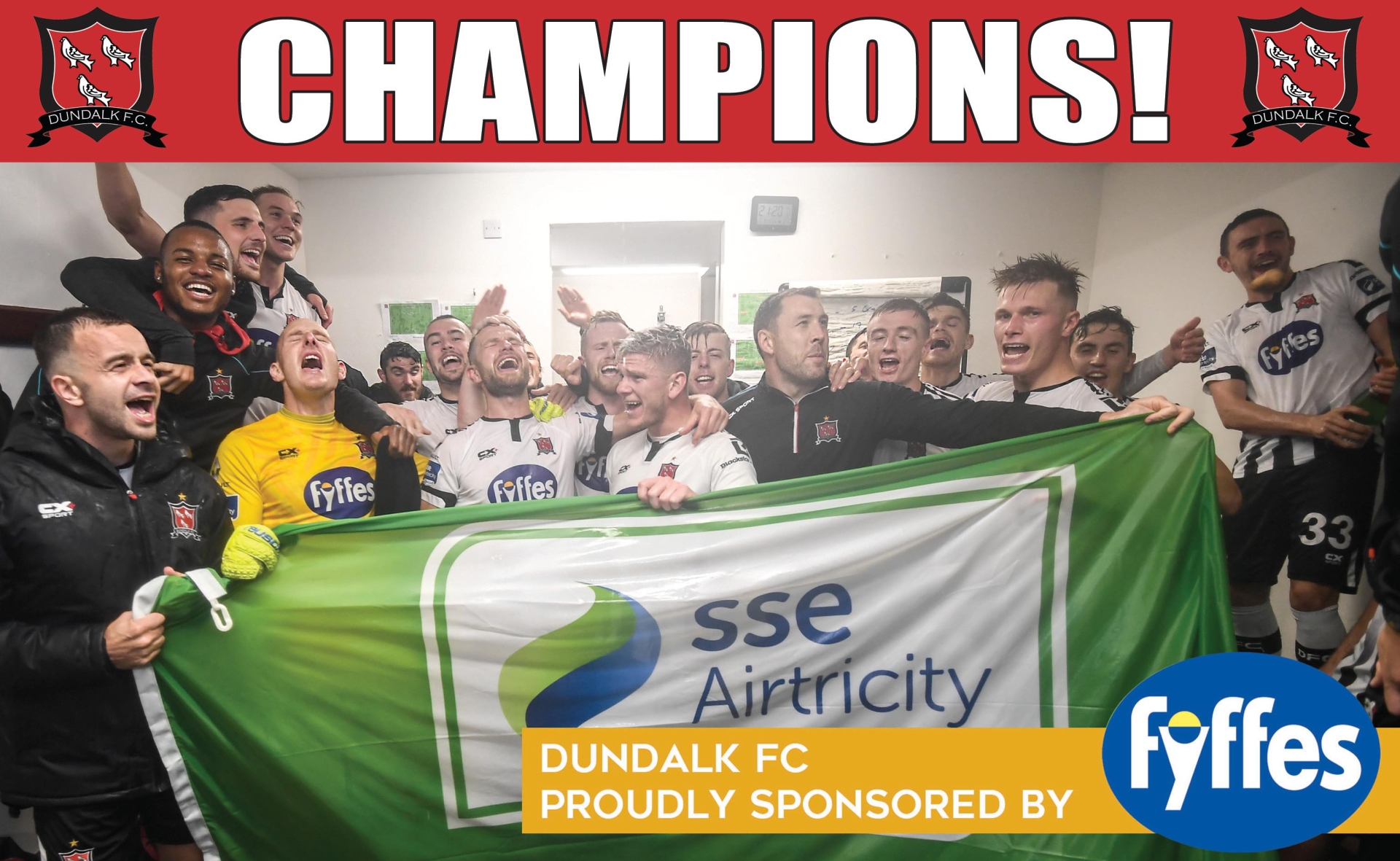 Benson ended his long wait for a goal with a stunning header against Rovers in what will have been a very memorable moment for the popular Westmeath man, whose presence and class has been missed by Dundalk’s midfield for much of the season.

“Myself and Robbie had a major row this week in terms of I wanted more from him in the final third,” Perth revealed. “I felt he was easing himself back in. I thought tonight the old Robbie Benson was back and that really fills me with joy – joy for him.

“It was a difficult year; you break your leg, you come back, then you get an awful bang – his rib isn’t fractured or broken but it’s damaged, it’s sore and he can’t do a lot. There was damage done to the lung and we had to bide our time with him.

“Then he has to fight his way back to fitness again and he felt his season was over. A couple of weeks back, he was very down in himself – he felt the season was a bit of a disaster for him – I said to him ‘you might score a big goal or have a big night you’ll be part of’, because we hadn’t won anything at that stage.

“This week, I said ‘what are you doing, the Robbie Benson I know is the No.8 who ends up in the box and scores goals’. He didn’t like it too much, but, at the same time then, he said to me after the game ‘you were spot on, you were right’.

“I’m really thrilled for him on a personal level. He deserves it so much.”

Midfielder Jamie McGrath echoed those words, speaking of the squad’s delight in seeing their teammate finally put a season of injury hell behind him.

“Robbie scoring tonight – it’s just such a credit to him,” Jamie said. “We’re all so happy for him. He has had such a bad year in terms of injuries and we’re just so happy that he got the chance tonight and he buried it. Credit to him because he has worked so hard.”