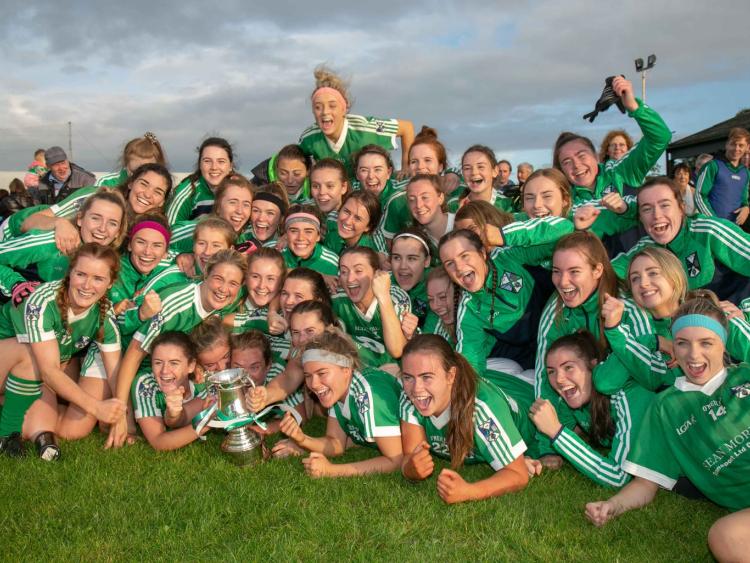 It must have been the moment Helen Ryan dreamed of. In her programme notes before last year’s senior final the Geraldines midfielder spoke of the journey her club had been on since their formation in the mid-noughties, of how victory would be its finest hour.

Captain Ryan and co entered the decider 12 months ago as overwhelming favourites, only for Cooley Kickhams to launch the finest of ambushes, Lauren Boyle shooting the lights out to condemn Gers to a crushing loss.

The factors at play were similar on Sunday afternoon, only the fancy produced the performance they failed to a season ago. With that being the case the outcome was but a foregone conclusion, as the girls in green added another victory to their domestically unbeaten 2019 record.

Their maiden crown, after a number of seasons among the frontrunners, sparked scenes of celebration to match any that have gone before. And following her public address, having received and then raised aloft the coveted silverware, the No.8, who’s married to Louth star Jim McEneaney, was drowned among a sea of jubilant Geraldines.

This is the time they’ve waited and worked so hard for.

Not that they had it all their own way, despite a fairly comprehensive victory. Had Player of the Match Rebecca Carr not given the showing she did, one of leadership and exquisite quality, Cooley may have been more competitive, or at least in contention as full-time approached.

Although Paul Hanlon’s charges struck for three goals in the first half, to trail by only a single point at the break - 3-1 to 1-8, it appeared as though they were hanging on in a match that often threatened to escape their grasp.

Again, Gers rampaged forward to return 1-1, to lead by four and inflate worry that the affair may become one-sided. Back fought Cooley, though, with Megan Ferguson’s goal coming in advance of Lauren Boyle’s equalising free.
Having fallen three behind for a third time, the holders were equals again through Eibhlin Rice’s major, which exploited Gers’ defensive pores with precision.

The winners tightened up at the back on play’s resumption, which married well with their potent attack. Ciara O’Connor, their goalscorer, began their second half assault prior to Carr landing six points, half of which were from play.

There was simply no stopping her, or Geraldines, and while Cooley battled relentlessly, with Boyle spearheading their charge, they were never going to reach the required quota. In fact, on a day where the Haggardstown/Blackrock side were at their best, Kickhams did well to end just four in arrears.