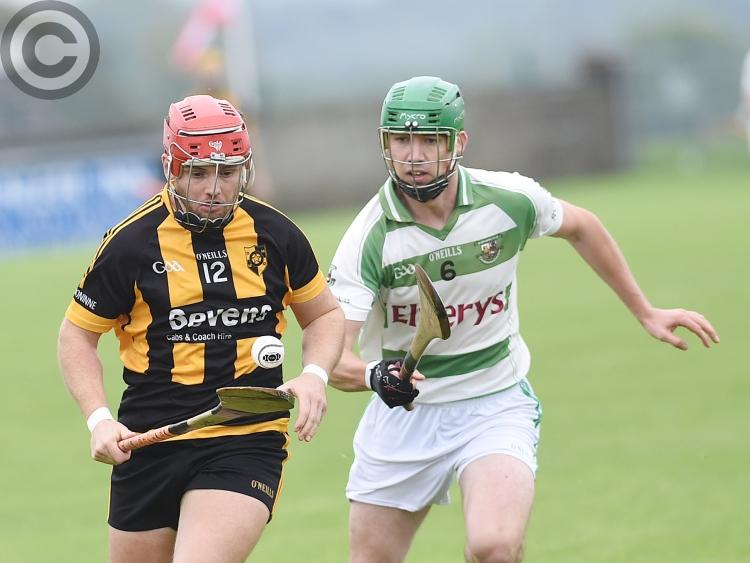 John Murphy isn’t backward with coming forward. “I told you,” the Moninne stalwart roared towards The Democrat as black and amber began to tinge the Dunleer green shortly after the full-time whistle.

Following Moninne’s group stage draw with St. Fechin’s, Murphy took issue with this paper’s suggestion that Knockbridge and the Hoops were the competition favourites. Never argue with JM. Moninne’s semi-final win over the holders and Sunday’s victory over Fechin’s have proven him correct.

The fortune-teller embraced with another man who bleeds his club colours, Man of the Match Darren O’Hanrahan, as the celebrations got underway on the other side of the pitch.

“Owie”, as he’s known, had a monumental match at midfield, driving his side in their time of need. Graham Harrington and Feidhelm Joyce were magnificent, while Darren Geoghegan, in his first senior hurling final, was unerring from placed balls.

It was widely agreed, however, that the game hinged on three Fechin’s misses during the second half. Their most blatant opening saw Donal Connolly produce a miracle stop from Bob Grace’s low drive. A conversion would have put the game beyond the winners, most likely, and given Fechin’s a 1-13 to 1-8 lead. 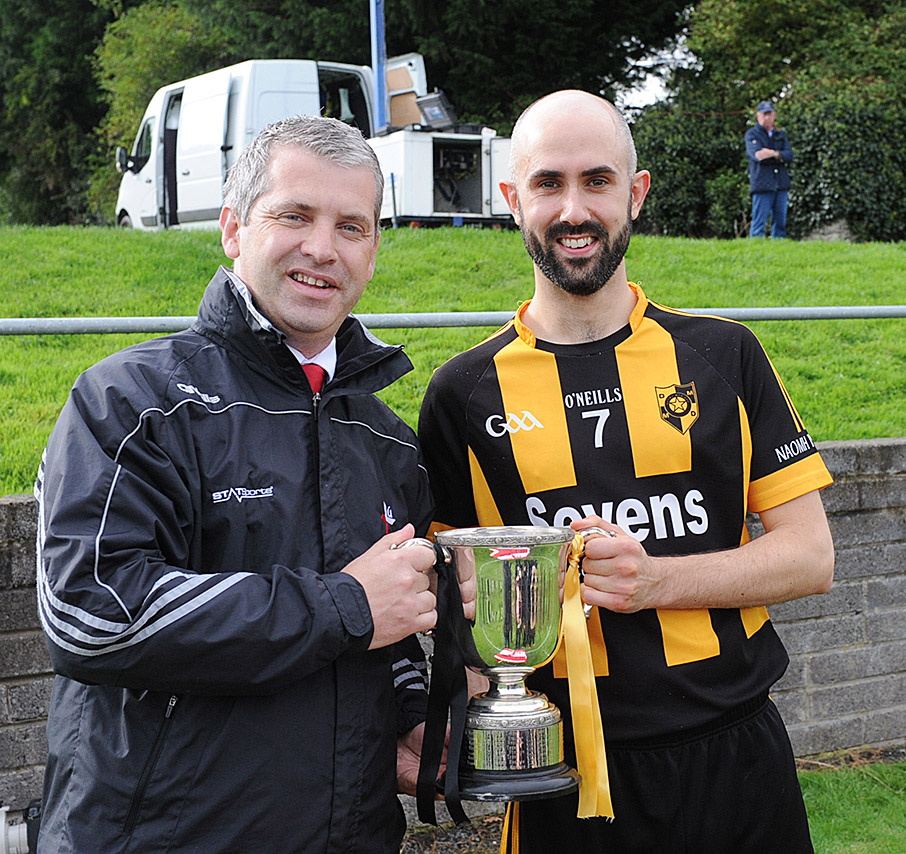 A major turning point it proved, as Harrington (2) and Geoghegan (frees) combined to give Moninne a two-point lead by the 60th minute. The fourth of the consecutive strikes saw Geoghegan turn and passionately pump his fist towards the Moninne congregation, and when he followed it with his first from play, and ninth overall, barring a miracle, Paul Drumm’s men were on their way to a tremendous triumph.

Stephen Hackett came forward at the death to launch a rocket towards Moninne’s target. He was going for the goal which just wouldn’t come and no sooner had it been deflected over than James Owens, the All-Ireland final referee in charge, called for the sliotar, sparking bedlam in the victors’ ranks. Alternatively, Fechin’s players dropped to their knees, knowing this was one that got away.

Odhran Loughran’s first half goal was a pivotal moment in the decider, it coming in the seventh minute to hand the champions a three-point lead which Fechin’s negated with a hat-trick of points.

From there to the interval it was point for point, no team able to establish any sort of authority. Fechin’s were playing the better hurling, but conceding frees which Geoghegan was in no mood to miss.

And so the teams went to the dressing rooms tied at 0-9 to 1-6, with little to suggest that the general, even flow was going to change.

But it did, Moninne going almost 15 minutes scoreless as Fechin’s shot 0-13 to 1-8 clear, in which time they also spurned their openings to put the game beyond doubt.

Through such wastefulness, championship titles are traded for heartbreak.