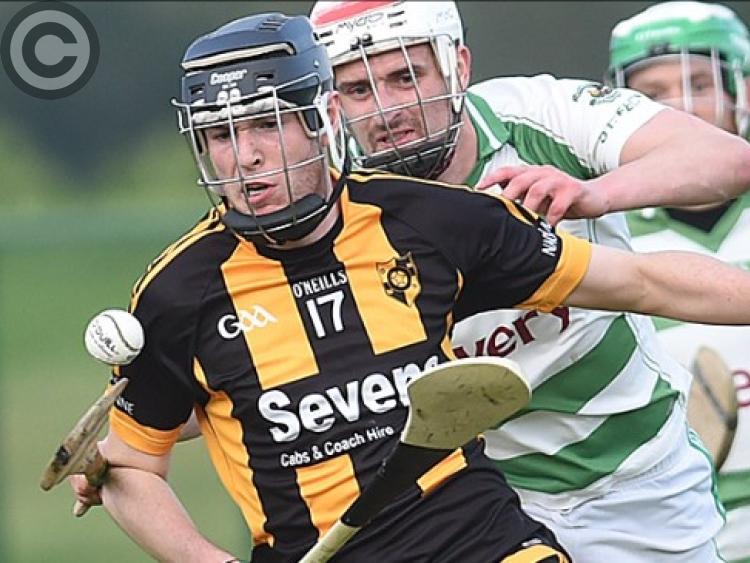 Darren Geoghegan tends to not just clear the crossbar when hitting frees, but quite often the net behind the goals. (Pic: Arthur Kinahan)

Darren Geoghegan tends to not just clear the crossbar when hitting frees, but quite often the net behind the goals. So much so that Naomh Moninne have to permanently station a ballboy at the end which their sharpshooter is attacking in a bid to retain a full complement of sliotars.

Though one imagines, if the teenager brings his A-Game to proceedings this weekend, he could lose a bagful of balls and those charged with looking after the team couldn’t care less, especially if he shoots the Black and Amber to a second county final victory in three years.

Two years ago the Waterford IT student watched on as his brother, Ronan, delivered a Man of the Match display in Moninne’s first Paddy Kelly Cup victory in seven years, when they saw off Sunday’s opponents, St. Fechin’s.

Ronan has since moved south, leaving the stage - and free-takers’ void - to the younger sibling, who has enjoyed a breakthrough year, becoming Louth’s main forward as well as Poc Fada representative. A first senior championship medal would put a perfect gloss on a fantastic individual year, Geoghegan admits.

“I’m really happy with the year,” the 19-year-old tells the Democrat, before moving on to chatting about this weekend’s game and, of course, the narrowest of semi-final victories against holders Knockbridge.

“After drawing with Fechin’s in the group stage we know we have a chance,” Geoghegan says. “I strongly believe that if we play the way we can we can be there to lift the trophy.

“It’ll be a tight game that could come down to frees - there’s been a lot of frees in the last three matches - and it’ll be a tasty final.

It would, without a doubt, be a great achievement, both collectively and personally, if the Kelly Cup was returned to Dundalk this weekend. However, Geoghegan has already overcome much difficulty on the pitch over the last 12 months, including having to introduce himself as a Louth hurler in Waterford circles…

“I went to the trials and was in a big room with 30 lads,” he recalls, when asked about his involvement within colleges’ hurling last term.

“Lads were saying (they were from) ‘Kilkenny’. ‘What club do you play with?’ ‘James Stephens’... It comes to me and I’m from Louth. Just, everyone was looking, going, ‘Louth?’

“Then you go on the pitch and show what you can do. I was on the freshers’ first-team for the first two months before the scholarship lads came along. Then I played away with the fresher twos and was captain of the team.

“Playing with the college was massive for me, it’s a completely different ballgame down here, and I felt more confident on the pitch after it. The games were of a higher standard than at home.”