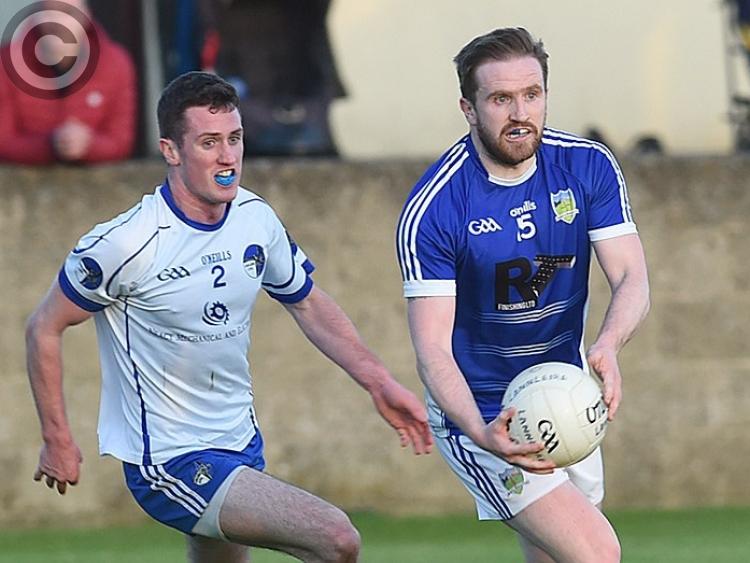 While not officially termed, where sport is concerned there is often a greater fear of winning than losing. Examples are numerous of teams, underdogs in specific cases, falling shy of success as the margins tighten and stakes higher.

Roche Emmets, bidding to reach their first JFC final since 2015, were nine points up four minutes into the second half of Wednesday night’s semi-final replay against Lannléire in Stabannon, but still had to go through the rigours of extra-time before booking a repeat of the 1957 Christy Bellew Cup decider versus Glyde Rangers.

The Rathduff club was just 10 years in existence at that point and while it is, of course, an achievement to be appearing in the junior grade’s showpiece occasion for the fourth time in history, the real glory would be in ending Emmets’ five-season stint on the bottom rung. After all, following their win of ’57, they were senior for all bar three years until 2006.

But the fear-of-winning whiff didn’t just rise from those in blue. In throwing caution to the wind, Lannléire, whose effort was magnificent, managed nine successive points to draw the match at 2-6 to 0-12 past the expiration of regulation time.

FT - Roche 2-9 Lannleire 0-14. Roche into JFC final in what is a rematch of the 1957 decider against Glyde Rangers; the last time Roche won this. But, in many ways, the more deserving team lost.

They had a glorious opportunity to win the game, too, when leading marksman Paul Callan pulled a shot wide before offering Alan Murphy the chance to kick what seemed a scoreable free short - for a move which subsequently broke down - in the seconds prior to extra-time being called for. Why Callan, or Murphy, didn’t go for it is a mystery. The fear of winning, perhaps.

And so a further 20 minutes was needed, and the teams were still deadlocked after sharing four points by the changeover. Roche captain Liam Dawe got the sole register of the second period, for what turned out to be the winner, but in the six minutes to follow Lannléire had - only to waste - three clear-cut opportunities to enforce another replay, where, most likely, they would have had Paul McGeough, Colin Murphy and Niall Lennon, all of whom were absent for differing reasons, available.

Credit is due to both teams: Roche for gathering themselves following a half-hour-long scoreless streak from Eugene Murray’s goal to Barry O’Hare’s extra-time opener; Mark Gilsenan’s charges for never giving in, but their recording of 19 wides to Emmets’ seven is a telling statistic.

The affair appeared to be over after Murray’s major, which made it 2-6 to three, Roche having led by six at the break after Shane Byrne had found the net. But Ian Mulroy, Briain McGuinness and Pierce Hawkins were fabulous in leading the Dunleer men’s fightback, which was ultimately in vain.

Crestfallen, the men in white trodded despondently to the dressing room as Roche embraced, expressing relief more than anything else post Noel Hand’s full-full-time whistle. They have a week-and-a-half to psyche themselves for Glyde. Can they rid themselves of the fear in that time?