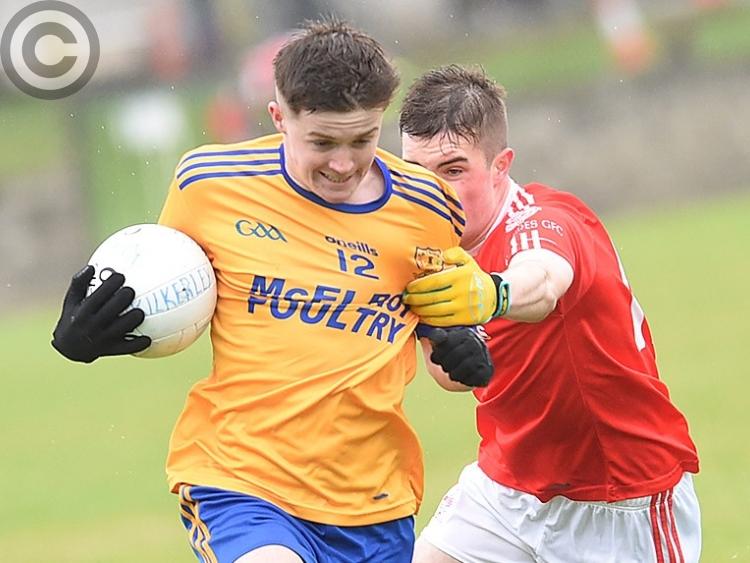 Kilkerley had scoring power that St. Bride’s couldn’t match, hence why Emmets are one game away from a senior championship return at the first attempt.

Sunday evening’s semi-final clash was played in dreadful conditions in Haggardstown and Bride’s certainly weren’t beneficiaries. In their last eight slaying of St. Fechin’s they made use of a brilliant day’s weather, their players hopping on top of the ground en route to goal.

Kilkerley were more adept to the slippery ball and constant collisions, while it doesn’t seem to matter where or in what climate their scorers-in-chief, Shane Lennon and Tadhg McEnaney, play in. It’s rare that the pair don’t reach double figures combined, which generally gives the opposition a hefty victory target.

The lethal duo supplied less than their typical quota in front of a decent crowd, but still contributed all bar two of Emmets’ 0-11. And with teenager Micheal Begley - a scorer of two classy points - now on the scene Kilkerley’s renowned offensive threat could now be boasting a third sharp prong.

That, certainly, doesn’t bode well for Mattock Rangers, who they face in their second IFC final in five years. While Mattock are a much more composed and technically impressive outfit, they lack Emmets’ ruthlessness in the scoring zone.

Lennon didn’t register in a miserable first half, where the teams shared eight points, despite stinging the butt of the post in the early stages. McEnaney (3) and Begley were Emmets’ point-takers, while Bride’s, who appeared to be more defensively orientated than in their quarter-final affair, relied upon Seán Marry’s frees for all but one of their scores.

And with the winger’s radar not at its usual pinpoint levels of accuracy Bride’s were always going to struggle once Lennon got up and running into the dressing room posts. He and McEnaney landed a brace apiece during Kilkerley’s match-winning third-quarter burst of five points to no reply.

Bride’s were going to need goals to win from that juncture onwards and while Ciarán Deane’s effort was somehow kept out and Bernard Laverty’s injury-time punch stung the crossbar, Kilkerley, with Cathal Bellew playing a stormer, were able to repel anything thrown their way.

The secret to Emmets’ success is widely known, but stopping it - or, more precisely, Lennon and McEnaney - remains a completely different matter.