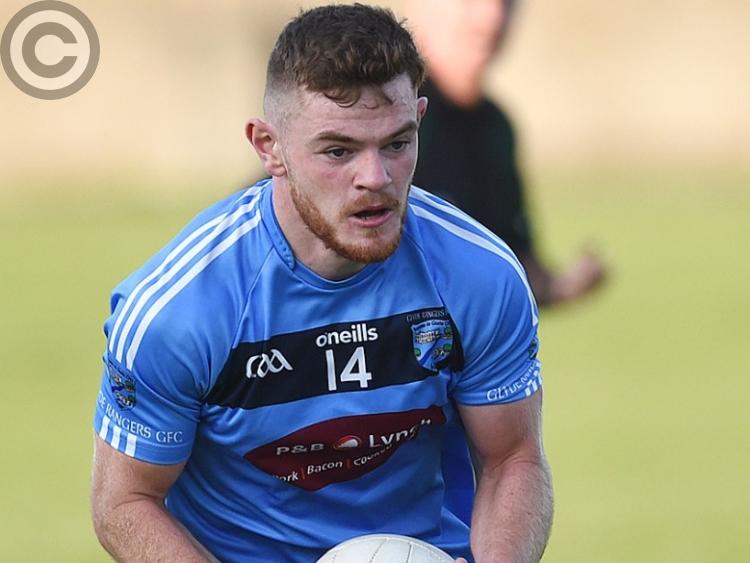 There is no substitute for experience and Glyde Rangers, where JFC semi-finals are concerned, know their way around this competition’s knockout stages like few others.

The Tallanstown men, in the dreadful weather conditions, eeked out a likely victory in Haggardstown, albeit without the style or purpose with which they negotiated the last four hurdle in each of the last two seasons.

But they’re in the September 29 showpiece, and that’s really all there is to reflect upon, despite being favoured by fortune in reaching their target destination. Had Na Piarsaigh’s Ciarán Murphy shot to the net his one-on-one chance with a minute to play the outcome could have been so different. Had Alan McCartney’s last gasp effort found the net? If, but, maybe. Heartbreak.

2018 winners Young Irelands survived last year’s semi-final against Roche Emmets in a similar fashion. Perhaps lady luck is on the Sky Blues’ side?

John Garvey’s underdogs were on a par for much of a dreadful first half, where mistakes were common practice field-over. In fact, they were better for a spell in assuming a double-scores advantage, of six points to three, with McCartney and Robert Murphy doing the lion’s share of the damage.

Yet Glyde closed the opening period with four successive points to lead by the minimum at the interval, as midfielder Ciaráin Sheridan rose to the challenge, in a manner similar to their main man Trevor O’Brien, who returned to the centre of attention nearing the finish in nudging Rangers over the victory line.

However, Na Piarsaigh will not be without regret, and understandably so. They owned the ball for a spell in the second half when trailing 0-10 to eight. David Boyle’s goalbound effort was deflected desperately out for a 45 amid a glut of wasted opportunities that pointed towards this not being their day.

Ollie Flynn’s men capitalised, it seemed, going four clear, but their giveaways allowed Na Piarsaigh a platform. Having whittled the deficit back to two, Murphy’s shot was saved before, at the death, both McCartney and a colleague missed with the goal - and junior final - at their mercy.

A heartstopping way to finish a slog.