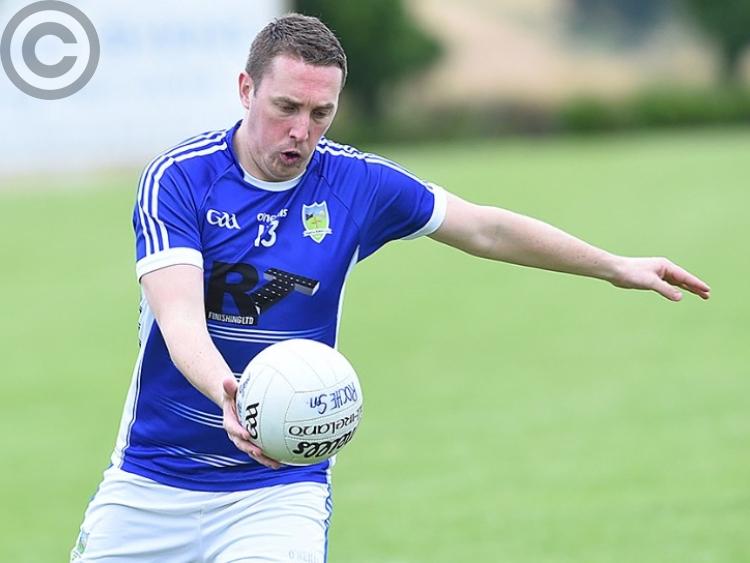 Barry O'Hare and Roche Emmets will have to do it all over again in the Anglo Printers JFC semi-final against Lannléire. (Pic: Arthur Kinahan)

The major pre-match unknown was whether Lannléire could score enough to upset the odds. But while they had more than sufficient opportunities to make their fourth successive JFC semi-final a victorious one, they will feel, despite launching a late fightback to earn a draw, this was a big opportunity missed.

Roche Emmets, who failed to reach anywhere near the levels they would have anticipated, were workmanlike in manoeuvering into a winning position. Their forwards, with the exception of Kevin Callaghan, failed to fire in the manner expected. And their Achilles heel, their defence, was exploited on numerous occasions. The Dunleer men finished with three goals and may have had three more.

This was a thrilling game, though, one where neither could claim to have done enough to earn a place in the September 29 showpiece. Every player stood still, unsure what to think, after Gerard Corrigan drew proceedings to a halt, shortly after Lannleire’s Colin Murphy had been dismissed on a straight red card.

Whoever learns most from Friday night’s encounter will probably win the rematch. Paddy McGuinness will certainly have to work on his team’s porous defence, while Mark Gilsenan’s Lannléire, who will again go in as underdogs, should be aiming for more productive forward play. Although that seems somewhat disingenuous considering the number of chances they mustered. Perhaps finishing would be a more prudent rehearsal.

Within seconds of the throw-in they almost had the ball past Jamie O’Hare, Enda Murphy having to scramble Callan’s clever flick off the goalline and before the quarter-mark Colin Murphy had ripped through Roche’s defence only to blaze his shot off target.

In fairness, Lannléire were shackling Barry O’Hare better than any opponent has done this season, but Callaghan was Emmets’ constant outlet and with the veteran in fine form, along with Dan O’Connell at midfield, Roche raced five points in front, before Callan directed a rocket to the roof of the net to get Lannleire off the mark.

Yet it wasn’t a prelude for better things from the men in white, rather a cue for Callaghan to up the ante. The No.15 hit 0-3 shortly before the turnaround to send the Rathduff men to the break with a 0-9 to 1-2 cushion.

It all changed during the third quarter, though. Goals from Callan and Niall Lennon, either side of six evenly-shared points, had Lannleire 3-5 to 0-12 in front.

But they spurned several further openings in allowing Roche to hit four on the spin to lead by two. However, in the interest of fairness, the tide tilted back the other way, Killian Gregory and Alan Murphy shooting over to the draw the match.

Regret and relief, in hefty doses, for both camps.