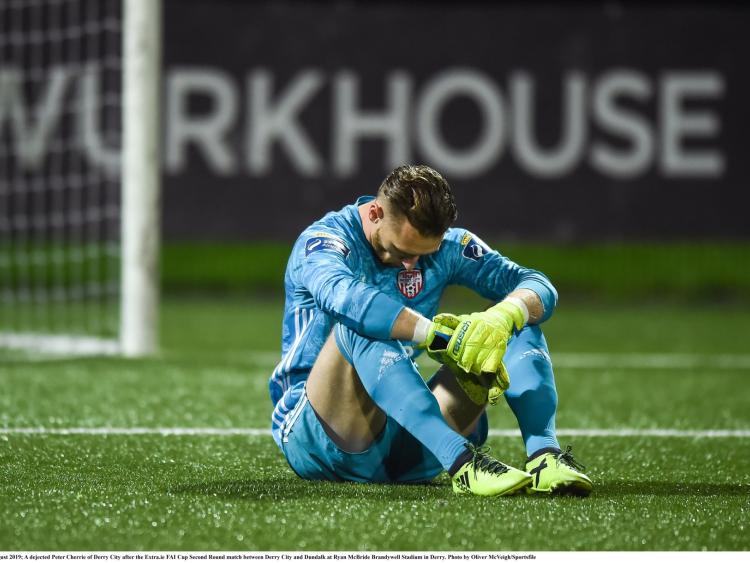 Peter Cherrie packed bags and gathered collections in 2012 before manning the goalline as the Kenny revolution gathered momentum, but “friendship goes out the window” this weekend as he bids to help direct Dundalk FC’s treble bid off course.

A picture of the Scot, who was a fan’s favourite over the course of his five years at Oriel Park, following last month’s FAI Cup meeting typified The Candystripes’ sense of gutwrench at the final whistle of an enthralling tie, won by Vinny Perth’s men at the death of extra-time.

Had the affair finished at 90 minutes, it would have been the third time on the trot that the Ulster side have taken something from a game against The Lilywhites this term, a feat matched by no other in 2019. Yet they were mugged by Georgie Kelly’s header.

Ahead of the final hurdle of their EA SPORTS Cup defence, Cherrie expects boss Declan Devine to mention the recent heartache as he primes his team for Saturday night’s Bogside battle. 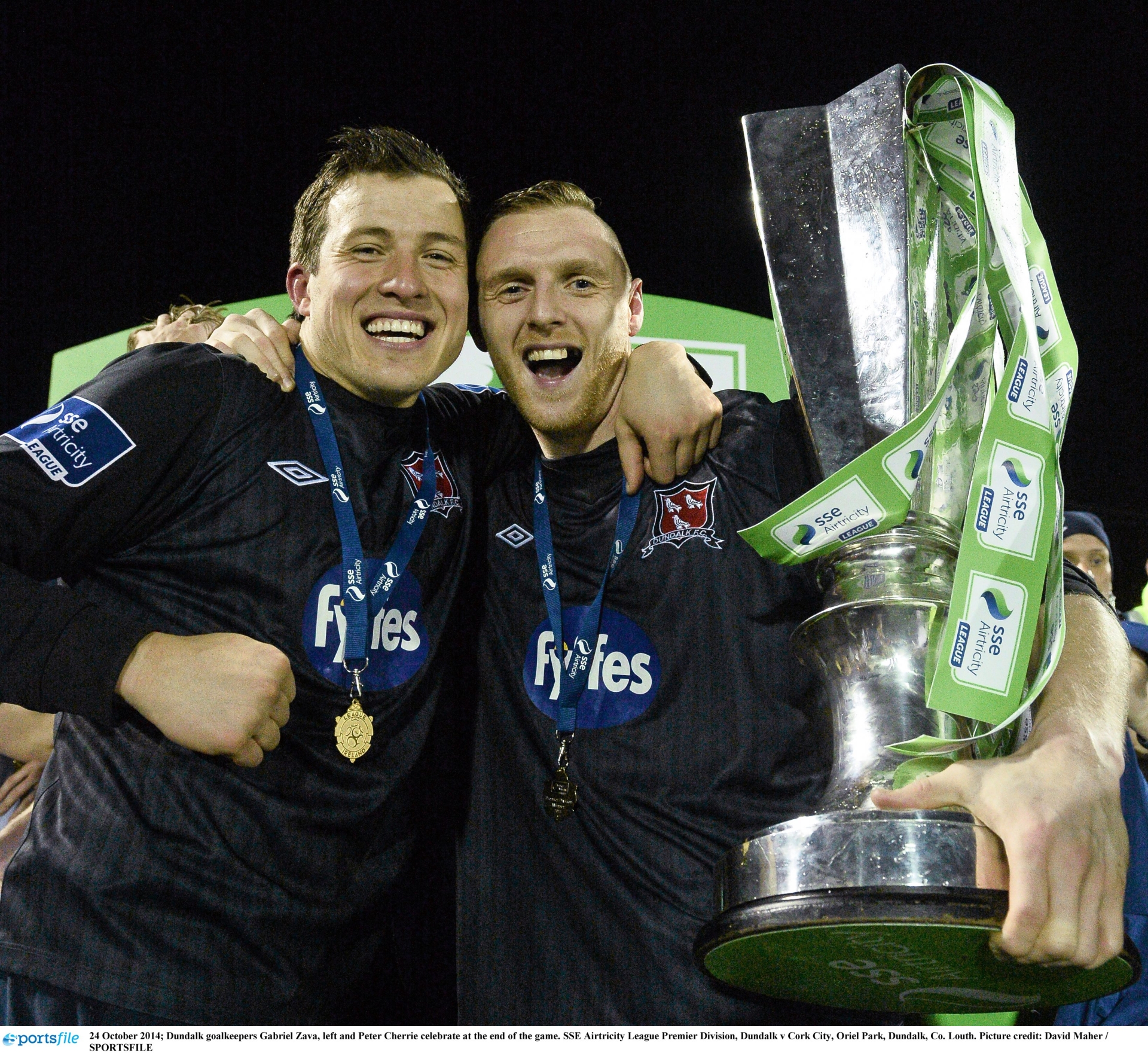 “I’d say Declan might touch on that later in the week, to say: ‘we saw how far we took them in the FAI Cup game, to lose it in extra-time, the feeling, we don’t want that again’,” Cherrie told The Democrat.

“We have to go out there and try our best to avoid it.”

It’s interesting that the 35-year-old mentions his boss. He clearly holds Devine in high esteem, which feeds into the way Derry play. It’s similar to the manner in which Dundalk give their all for Perth and possibly why the games have been so close this year.

Not an inch is afforded to the other side and with a bouncing Brandywell to play host to a fifth encounter of the campaign, the game live on eir Sport promises to pack a hefty punch.

And Cherrie insists that Derry certainly won’t be found wanting on the major occasion, going further in suggesting comparisons between the team he’s now an integral part of and that of Dundalk back in 2013 and ’14. 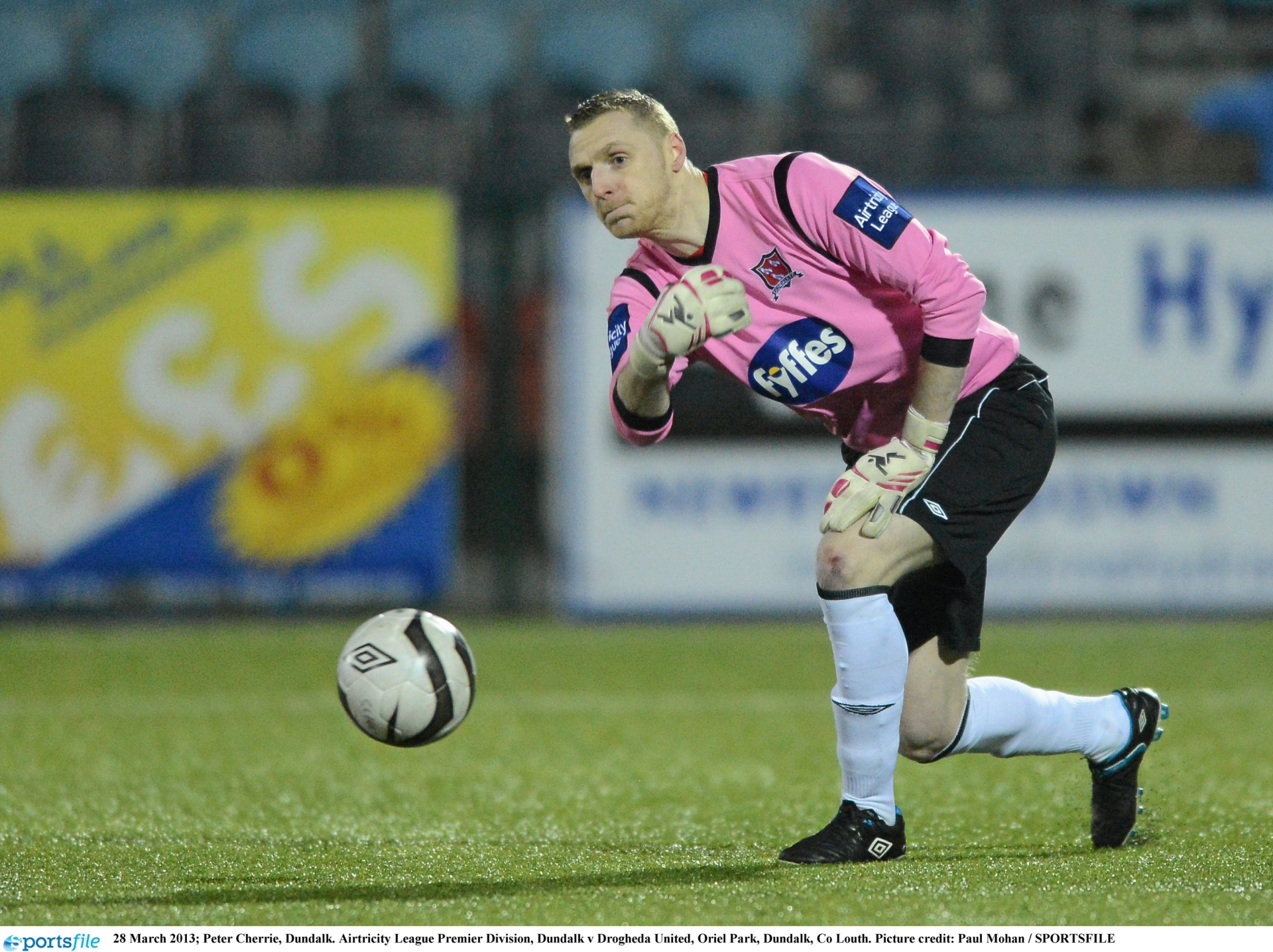 “I think there is a mutual respect there between the sides; they know they’re in for a tough game and so do we,” he says. “It’s going to be about whoever wants it more.

“I see that (work ethic) in this team, because they’re hungry and their work-rate is unbelievable; they’re in the gym every morning and afternoon. You don’t see any guys who hide or there to make up numbers. It’s a really good place where everyone is positive and working hard.

“Declan’s drive and passion for the club, him having managed here before and getting the chance to come back. His love for the club is something you see on a daily basis and you see when he’s giving the team talks, he actually gets the hair on the back of your neck standing up; he’s that passionate and fired up.

“It’s great to see a manager with that passion and it filters throughout the team. Young boys pick that up. I’ve had boys coming up to me after talks, saying: ‘wow’.

“I’d like to say the venue is an advantage, but you never know. It’ll be a full house, with more Derry fans and the fans are going to have a massive part to play, but at the end of the day it’s down to the boys who cross that white line.”

For so long Cherrie crossed the white lines on a match night with the ‘three little birds’ etched to the left of his chest. Indeed, Dundalk remains a club close to his heart and the area is one of deep connection on a personal level.

Since his departure at the back-end of 2014, Dundalk have taken their heights to new levels, and Cherrie has keenly followed.

After all, “Dundalk gave me my chance when things weren’t going that great in Scotland and I’ll always be thankful and grateful for that”.

But “friendship goes out of football when you’re playing football. You can shake hands after the game.”