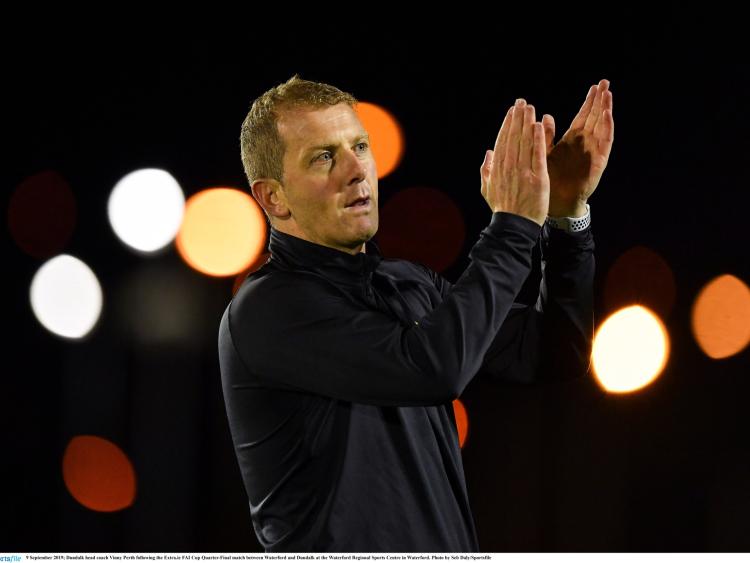 Dundalk FC head coach Vinny Perth will take his side to Sligo Rovers for the FAI Cup semi-final. (Pic: Sportsfile)

Dundalk FC will travel west to face Sligo Rovers for the right to play in this year's Extra.ie FAI Cup final.

It follows this morning's draw on Morning Ireland, which saw the Bit O' Red pulled in advance of the holders, who are aiming for a fifth successive showpiece appearance at the Aviva Stadium.

The tie will take place on the weekend of September 27-29, Friday to Sunday.

On the other side of the draw, the winners of the outstanding quarter-final between non-league Crumlin United and Bohemians will host Shamrock Rovers in the last four.

This year's decider takes place in Ballsbridge on Sunday, November 3.