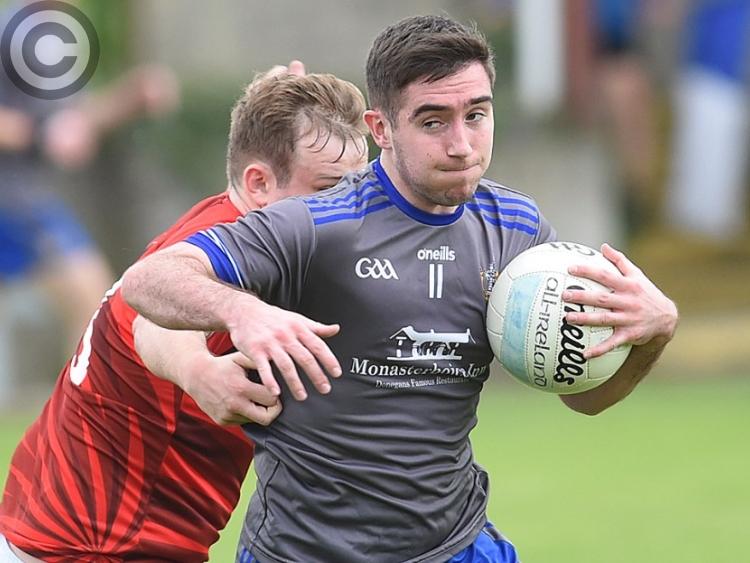 Sam Mulroy’s genius ensured paying spectators got full value for the fiver they paid at the gate of The Grove on Sunday afternoon.

The Naomh Máirtín attacker was lethal, especially during a second half where 10 of his 0-12 came. What was even more staggering was that nine of his efforts arrived over a period where no other Jocks player scored.

It wouldn’t be altogether accurate at the same time to say the winners were a one-man band, but Mulroy was undoubtedly their match-winner. Only for him, with Mary’s having been totally dominant before half-time, the outcome would surely have been different.

Sizing him up one-to-one, the 21-year-old is a man-monster, boasting shoulders wider than the grin he wore when trainer Christy Grimes cheekily encouraged him to hold back on saying anything out of the ordinary as your writer spoke to the forward post-match. Considering Mary’s had no way of keeping the No.14 quiet over the hour, a hand gesture from the Collon man was hardly likely to do the trick, and, fortunately for The Democrat, it didn’t. 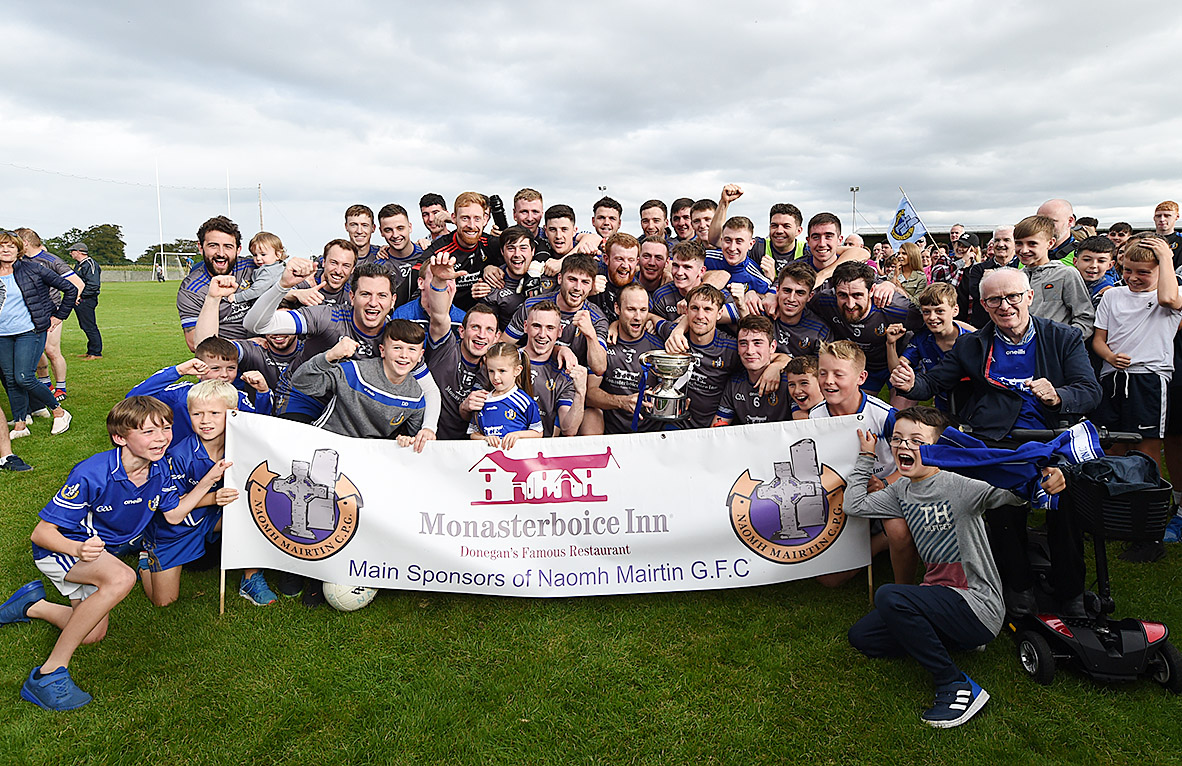 “It’s always good to win a trophy, they don’t come around too often, because there are lads here 20 years and had only one trophy before today,” Mulroy said after the game, as an orderly queue formed awaiting a photograph with the star.

“Some of us might be used to winning finals and trophies at underage, but it’s not the same for everyone and the hunger the older lads have to drive us on and not let standards slip to make days like this happen is unbelievable.

“In the league, it’s (about) the most consistent team all year. The last three years The Jocks have been in three league finals.

“We just keep trying to put performances together and when you get rewarded for that, you train for eight months and play 12 or 13 games in the league so it’s nice to get a trophy at the end of it.”

Aside from Mulroy’s wonder, Stephen Campbell’s two goals inside the first three minutes of the second half were crucial to The Jocks’ comeback. In a flash Marys’ deserved 1-7 to six points interval advantage was wiped out and they were three in arrears.

The subsequent two points were shared - via Darren Clarke and JP Rooney - before Mulroy went berserk in a sense, shooting nine points to Marys’ three over a 20-minute period which resulted in Jim Farrell’s charges racing 2-17 to 1-11 clear.

Readers must bear in mind that the Ardee men were five up on three occasions during a first half in which they were absolutely excellent, Clarke, Conor Gillespie and particularly Ciarán Keenan - who scored a goal after three minutes - leading the winners’ defence on a merry dance.

They can take heart from their run to the showpiece, Mary’s. With such a neat blend of youth in their line-up they’ll hope it’s only a matter of time until they begin to earn major silverware. But The Jocks are clinical, and Mulroy says the championship is next on their list of aims.

“Three Cardinal O’Donnell finals, it’s brilliant, but absolutely, at the start of the year for every team, it’s the number one goal, to win Joe Ward and the championship.”