'They do be saying to me: ‘Do you realise what you’ve done?’' - one-to-one with Dundalk's Caolan Rafferty ahead of Walker Cup 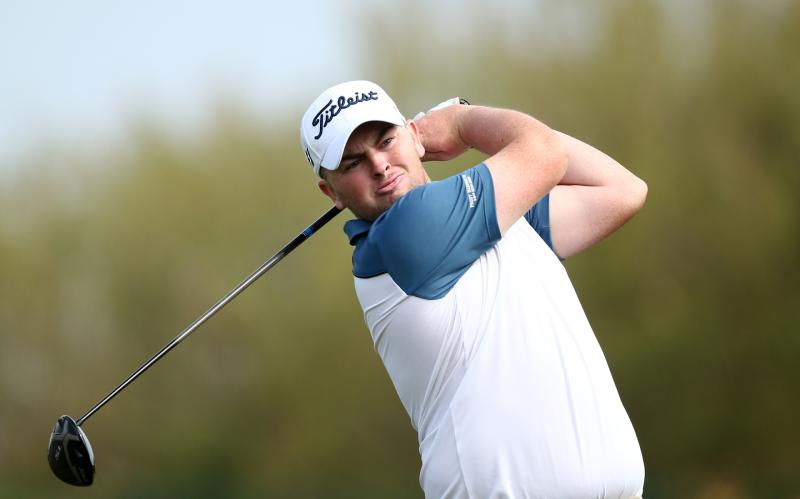 It is about three years since Caolan Rafferty’s game-changing system reboot, the outlook overhaul that’s refined the shape of his career curve from deadline to upwardly perpendicular.

It is about three years since Caolan Rafferty’s game-changing system reboot, the outlook overhaul that’s refined the shape of his career curve from deadline to upwardly perpendicular.

From battling in a pit of frustration to settling himself among the pantheon of serial Irish amateur champions, soon to be a Walker Cup player.

He reaches “the pinnacle of amateur golf” this weekend, as he and nine other  Britain and Ireland team-mates attempt to dethrone America. It’s quite a way from where he began, swinging clubs less than humbly at Dundalk’s base in Blackrock, oftentimes in anger.

“Sort of three years ago I went with the attitude of ‘let’s just give it a run and see what happens’. A case of ‘hit it, find it and hit it again’,” he tells The Democrat, a week-and-a-half in advance of the biggest event of his life.

“A number of years ago I would have got really down about a bad shot or a bad round. That would lead into frustration where you start questioning certain things. 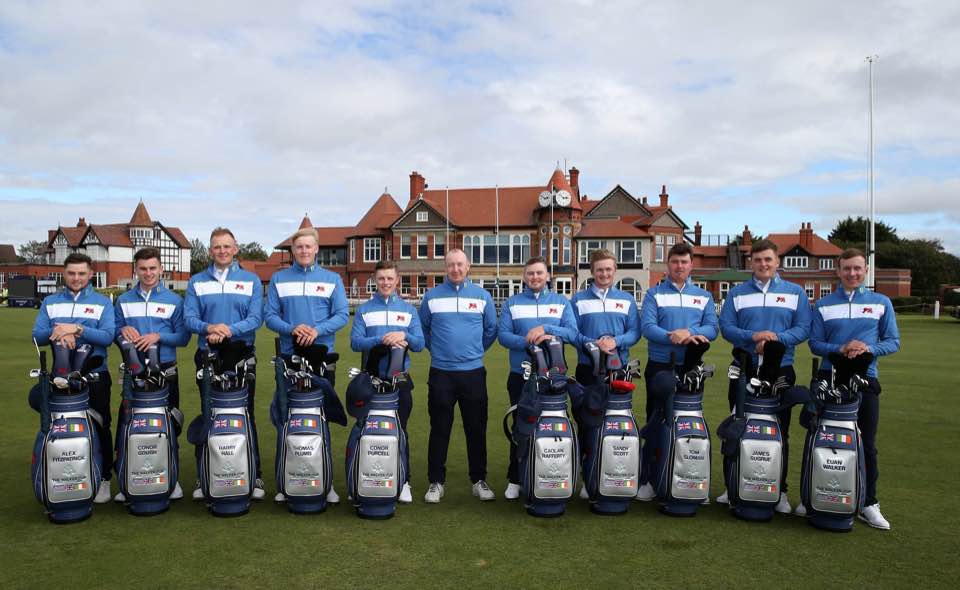 “That has stood to me. The reason I started playing golf in the first place was for enjoyment. I didn’t take it up at 13 years of age to make a living of it.”

Of course, he isn’t making a living out of it, his full-time obligation being split top-heavily between golf and education, although that’s bound to change with his final year at Maynooth University coming fast into focus.

At 26 he’s among the elder of this weekend’s panel, but he’s a late emerger by nature. For him, third level tuition didn’t really begin until he’d passed the 21 mark, which gives him more of a focus.

“You’ve a completely different outlook on what college is,” he adds.

“You’re there for the sole purpose of getting a degree. You’re not going in as the young fella acting the eejit. You appreciate more what you’re doing and you don’t want to waste your time.”

Business & Management is his discipline of choice in Kildare, but more of that later. Presently, his sole contemplation is the week ahead, Saturday and Sunday where he’ll get a chance to exercise any excess emotion in the form he knows best.

Though he’s had good practice where the suppression of anxiety and tension are concerned. Having been invited to a pre-Walker Cup get-together at Hoylake, the competition’s Merseyside venue, before Christmas, the odds on him being picked for the September showpiece were shortened.

His calendar season of performances would be the ultimate decider, however, and coping with that, one imagines, would prove a sterner mental challenge than any of Liverpool greens. But the student was conscious of the harsh lessons learned by others. While the Walker Cup, and inclusion for it, meant a lot, it couldn’t become all-consuming, and it didn’t.

“I’ve seen it in years gone by that the ones who try too hard to make it always fell short,” Rafferty says, stalling momentarily.

“I made sure I didn’t fall into that bubble.

“I really stuck to that type of outlook. I didn’t get bogged down in trying to do something that I wouldn’t normally just to make the team…

“Only two years ago I made my first ever Irish team and it was kind of a thing that I was quite content with an Irish team place and Leinster team, while doing well with the club.

“To be considered for (Walker Cup) selection was a big thing for me and you entertain being picked (in the mind), but it was like, ‘you know yourself that you can’t do anymore’.”

MEASURE OF MATURITY
He isn’t a machine all the same. One suspects that a failure to make the Walker reckoning would have caused a deep incision. Recognition is appreciated, but not overly as to cause him to lose focus.

“My Mam and Dad and girlfriend, they do be saying to me: ‘Do you realise what you’ve done?’

“I think as a player, you don’t realise what you do until everyone starts saying it to you. It’s a confidence boost when you start getting the recognition.

“I’m enjoying golf and when I enjoy it I play better and the results look after themselves.”

Perhaps, though, his maturity graph is best reflected in another sense. Post sitting his Leaving Cert at the Marist he enrolled at DkIT, before deciding that he wasn’t ready for the “books to books” cycle.

PGA coaching was the route he followed, liaising closely with Greenlife pro Brian Kerley, spending time at the Haggardstown range and Ardee Golf Club, all the while mulling over his next step. There followed a conversation with his Leinster colleague Eugene Smith, which led back into education, the spell which he’s nearing the completion of.

Then the big decision will have to be made.

“I’m in my final year in Maynooth now, so I’m going to go back and do that regardless. I’ll sit out the year in College and hopefully get the exams passed with a respectable grade come May.

“Then, it’s just head into the big, bad world and deciding whether to pursue golf. If golf continues to go in the trend that it has in the last couple of years then I could kick myself in a number of years if I didn’t give it a spin.

“I think it’s one of those things that if you don’t try you’ll never know. What would you rather live with, not knowing or knowing you gave it a go and it didn’t work?

“I’ll never say never when it comes to turning pro, but at the minute I’m just focusing on getting the books done.”

LAIDBACK LAD
His every utterance is tinged with nonchalance, as if mindful of the notion that what’s for you won’t pass.

He looks forth to the days ahead, especially midweek, from today on, where he’ll be touching up his game on the Hoylake course and trying to fetch the gaze of the selectors. The aim, without doubt, is to be playing as often as possible and avoid being either of the two reserves.

Not that he’s fearful of being sidelined either. It’s all part of the experience.

“Playing or not playing you’re still going to get that rush. It’s something that I’ll relish because I love the competitive aspect.

“I’ll definitely do nerves for this one, there’ll be 100 percent nerves, but once you get off the first tee and into the round you sink back into your comfort zone and trust what you do.”

Pausing, he flirts with the idea of hitting the first shot. Imagine that, splitting the fairway, the crowd cheering as he bends to uproot his tee… He does.

“I can see the weekend being mental,” Rafferty adds.

But sure isn’t that how the last few years have been?