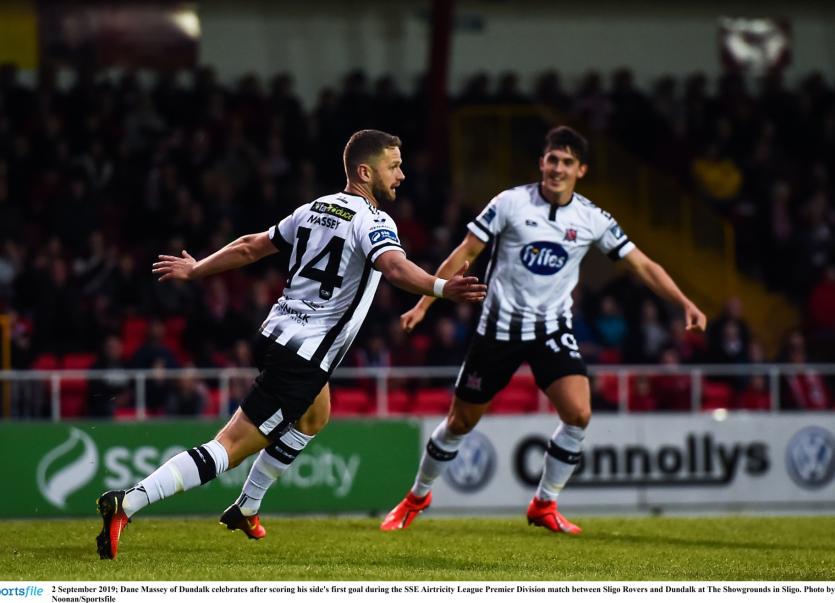 Dundalk FC may be unbeaten in 24 domestic games but defender Dane Massey believes the treble-chasers are only “getting stronger” as they enter the final two months of the season.

Massey scored his second goal of the year with a fabulous finish in Monday night’s 2-0 win over Sligo Rovers at The Showgrounds, a venue which has many happy memories for the left-back who netted in 1-0 victories there in 2013 and 2014.

His first goal of 2019 was way back in February which helped to bag the President’s Cup against Cork City at Turner’s Cross, and his strike in the West went a long way to earning a valuable three points as Dundalk inflicted a first home defeat on Sligo in five months.

The champions camp felt afterwards that it was a “professional performance” as they moved to within just four wins of retaining the title, with seven games still remaining, and Massey praised the strength of the squad for keeping everyone on their toes. 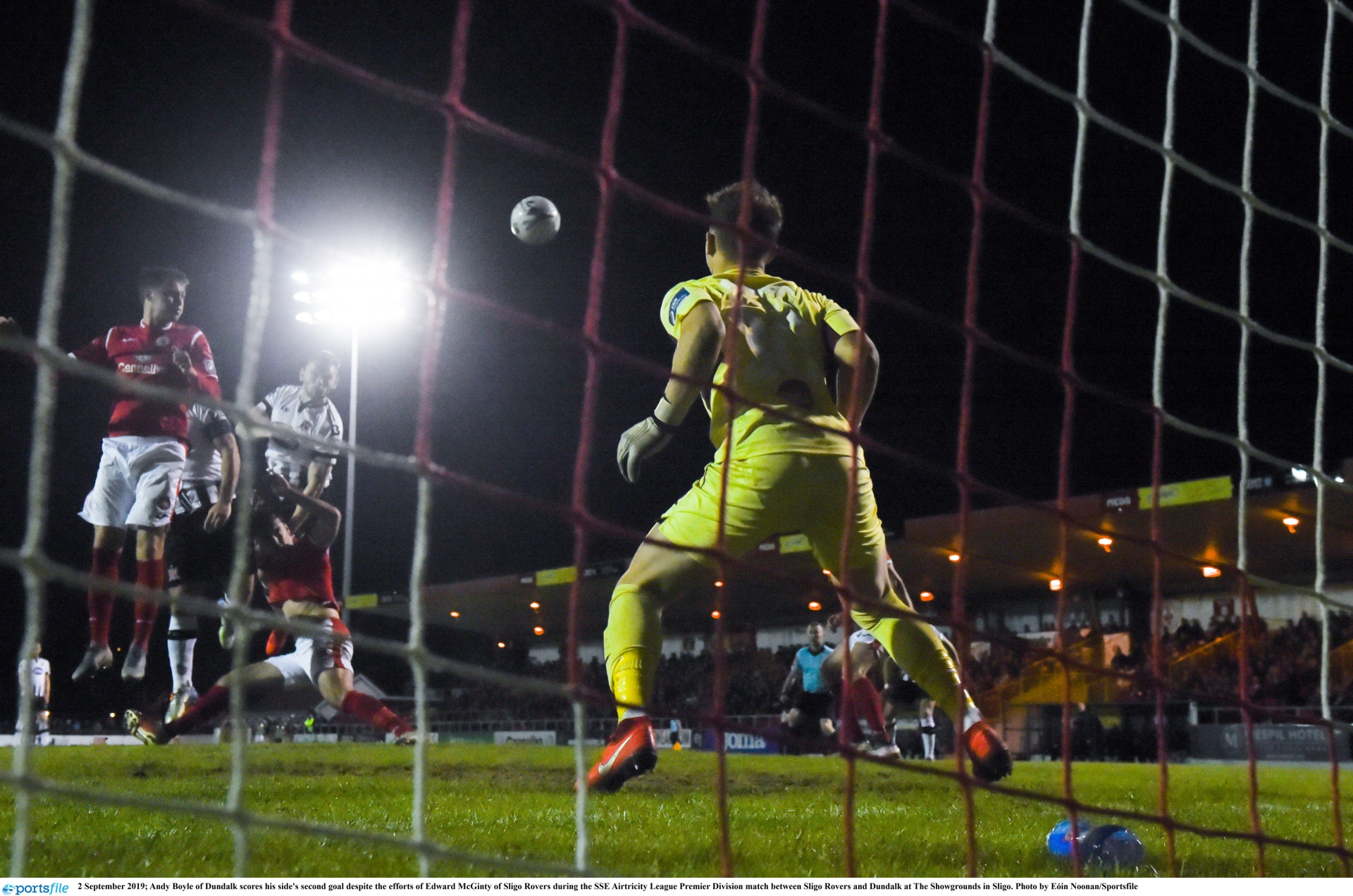 “Since we came out of Europe, the games are coming thick and fast now. I think the lads are really enjoying it. We spend most of our time recovering from games, so we haven’t had much time to be training,” Massey explained.

“But that’s what you want to do; you’re a footballer, you want to be playing as many games as you can. We’re still in everything, we’re pushing on and we’re getting stronger, I feel.

“You have to give the likes of Georgie Kelly and that a shout. They’re pushing really hard. Every time he has come on, he has scored – that’s the thought process behind everybody in the team. You have got to hang on to that jersey if you get it.”

Dundalk’s last defeat was in Sligo back in April, which at the time left them 13 points adrift of Shamrock Rovers. Since then, they have embarked on a remarkable unbeaten run of 20 in the league and 24 in all domestic competitions, as they sit seven points clear at the summit. 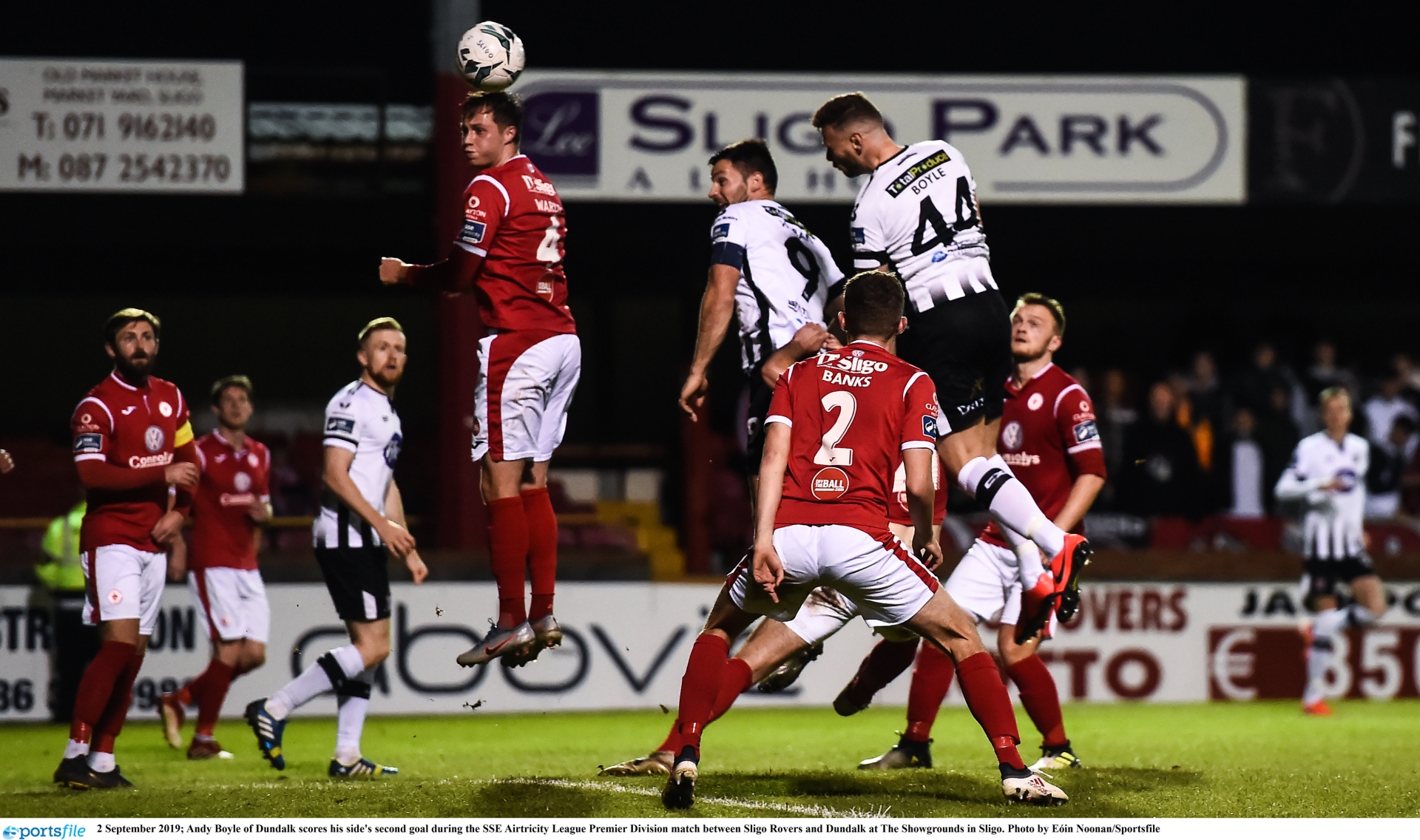 “It seems a long, long time ago,” Massey said, reflecting on that loss. “The attitude from the lads has been fantastic. Week in, week out there is competition for places and I think the lads thoroughly appreciate when they’re given the jersey, they’ll do anything to keep it.”

The 31-year-old has fond memories of The Showgrounds going back to his early days as a Dundalk player, and he marked his latest visit there with an excellent first-time finish on the quarter-hour to give Dundalk a grip on the game.

While speaking about his goal and the overall display, the defender reserved a special mention for 19-year-old Lido Lotefa, who made a late appearance from the bench for his league debut.

“I just remember ‘Fats’ (Patrick McEleney) going up the wing and he tried to slip in Mickey,” Dane recalled, “it came back to me, I just hit it first-time and luckily enough it went in. The lads were fantastic tonight. It was a professional performance and we’re all really happy.

“You have to mention young Lido coming on and making his league debut as well. It’s massive for him. It was a great night all-round. We played really well, a good professional performance and it was great to get the three points.”

Dundalk now prepare to welcome old rivals Cork City to Oriel Park on Friday night, with the club announcing a “Kid for a Quid” promotion as well as a free burger for everyone in the audience. Full details – including an option to buy tickets online – are on the club’s official website, dundalkfc.com.