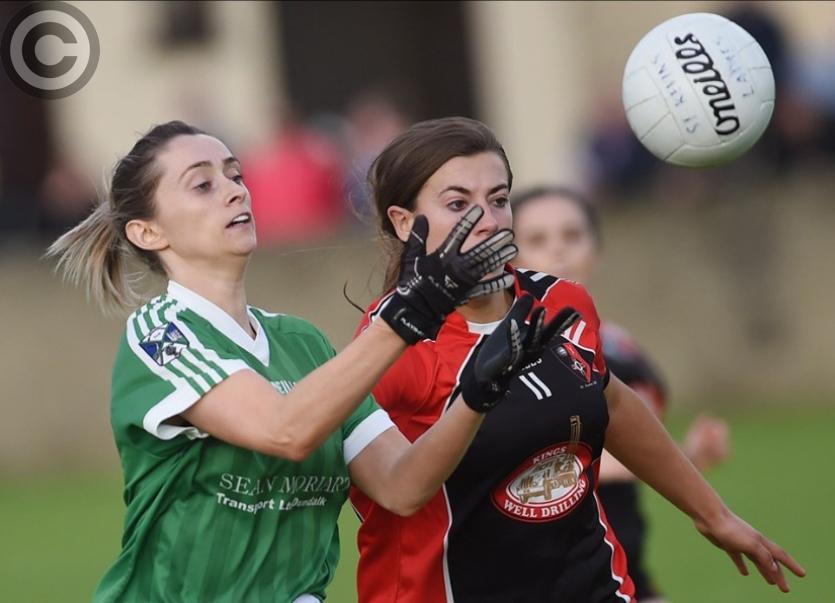 The competition favourites, Geraldines, booked their place in the senior championship final on Sunday night after overpowering St. Kevin’s in the second half of their contest in Stabannon.

At the scene of their decider defeat by Cooley Kickhams 12 months’ ago, the girls in green were in a spot of bother at the break, trailing by a point, having had a number of goal efforts saved by Kevins’ superb ’keeper Donna Farrelly.

But, playing with the breeze in their favour, Gers were a different proposition on the restart, firing three goals in quick succession to determine the outcome, before ruthlessly pressing home their superiority while simultaneously holding Kevin’s to the minimum after the break.

Abbi O’Connor, a member of last year’s Louth panel, struck a major in either half for the winners, while her elder sister, Ciara, was hugely influential in Gers’ spells of dominance, scoring 1-2 and setting up several further registers.

But the focal point of much of the Haggardstown team’s good play was full-forward Bonnie Fleming, who finished with 1-1. The powerful attacker, along with the relentless Rebecca Carr, was a constant outlet and while her finishing wasn’t always clinical the former county star was a sum Kevin’s never solved.

In saying that, Gers will acknowledge that improvement is required if they’re to pip Kickhams in the final. It’s strange to allude to offensive shortcomings when racking up such a significant tally, but Gers ended with 15 wides and missed several other opportunities in front of the target.

However, on the other hand, their wastefulness ensured a close first half in which Kevin’s played their part, with 16-year-old Roisin Maguire and Paula Murray impressing in attack. Indeed, through their effectiveness and Lauren Gregory’s poached goal the Philipstown ladies turned around with an unlikely advantage.

But they were put to the sword in the second half, conceding 4-10 on the trot, with Lisa McCabe hitting Gers’ final three-pointer, prior to getting off the mark through Maguire’s late free.