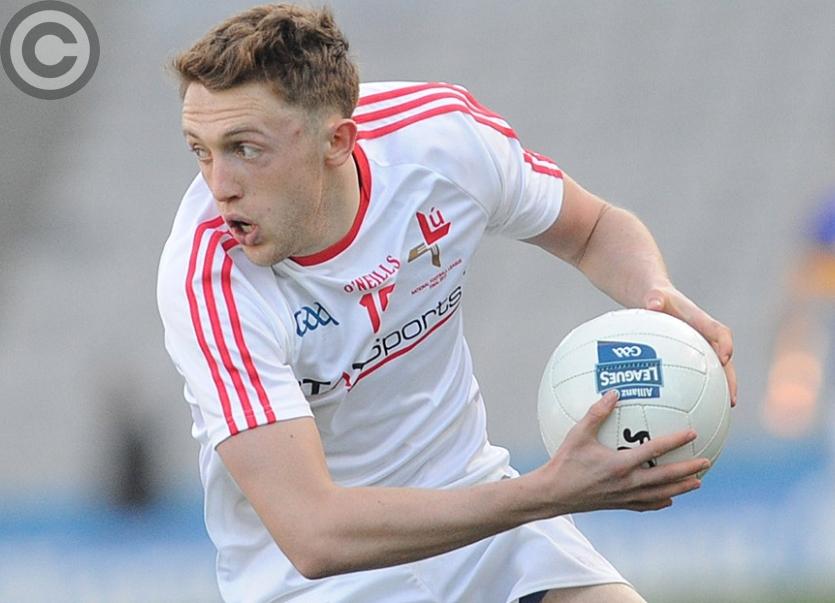 Neither deserved to lose, but both Clan na Gael and Hunterstown left Dowdallshill on Sunday feeling rather unsatisfied in spite of their IFC dreams remaining alive.

A contest which hinged on the score-taking efforts of Billy Smith and Ryan Burns, who hit 0-8 apiece, went down to the wire, Aidan Shevlin calling a halt to proceedings with almost eight minutes of second half stoppage time on the clock and just seconds after Burns had nervelessly nailed a 40m free to earn Rovers a second bite.

For so long it appeared as though Clans, as they’re liable to, were going to sneak across the line, doing just enough. Mark Newell’s thunderbolt to the roof of the net handed them a first half advantage that they held until deep into the affair. Indeed, the goal looked like the match-winner.

But they were unable to restrict Burns’ influence, certainly compared to how Rovers managed to largely close down Smith in the second half. Clans’ defence, despite having Ray McCabe as a full-time sweeper, was stationed in oceans of space and on every occasion Burns and Glen Mathews made moves the supply was ready. The product was usually deadly, too.

Meanwhile, Mark Brennan’s reversion to a deep-lying role for the second period proved to be a masterstroke by Hunterstown boss Peter Dooley. Although slow over the ground, the former Louth star cut off Clans’ route to the danger zone, turning over ball and using it wisely.

He was also involved in the skirmish which resulted in Paul Gore receiving a straight red card, leaving the Dundalk side to battle through the closing stages a man less.

The game was point for point until Newell’s 13th-minute major and thereafter to the break Clans’ attack proved too much for Hunterstown, who appeared to be clinging on for dear life, Burns their only relieving outlet.

Mark McCann’s team had goal chances, but failed to convert, Mark McGeown passing up a gilt-edged opportunity at a time where Rovers were on the ropes. It would ultimately prove crucial as Clans, having taken a 1-8 to seven points cushion to the dressing room, failed to perform as clinically when play resumed.

But ice-cool Burns was to Rovers’ rescue. Not for the first time.