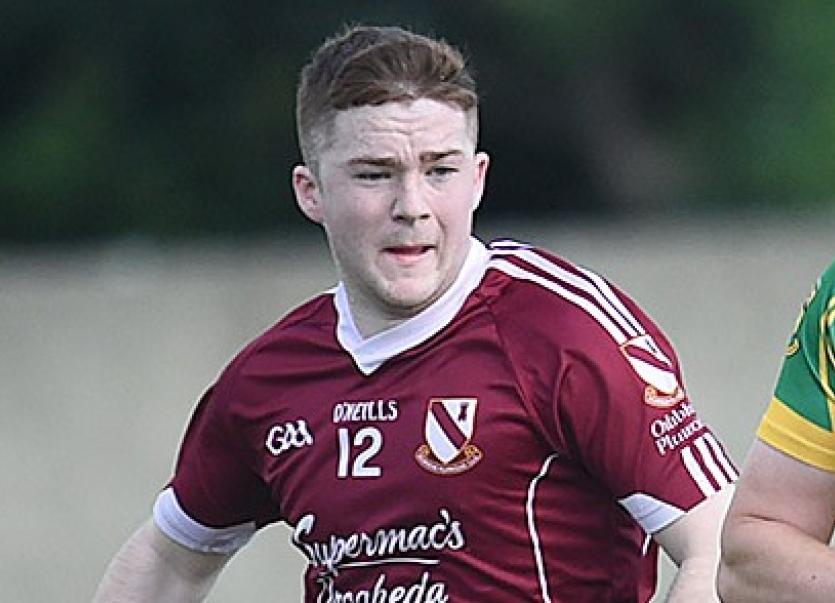 Luke Haggans was heroic as Cian Brady made himself a hero to keep Oliver Plunkett’s in the IFC for next season.

The Mell men never trailed against a bitterly disappointing Dundalk Young Irelands, overcoming adversity in losing county star Conor Early to a black card in the first half, before pulling the game out of the bag in injury-time after Irelands had drawn level from three behind.

’Keeper Haggans came forward just past the 60-minute mark to stroke over his third point in quick succession, his prior efforts coming from ranges that many players would struggle to equal with two kicks, before Brady prevailed in a goalmouth scrap to spark celebrations in the Plunkett’s camp.

They deserved the victory, for the sheer honesty they gave alone. Midfielder Robbie Brodigan epitomised their tremendous attitude. His point midway through the second half, whereby he fetched from Haggans’ kick-out and began a move which he ended by stroking over, stood out in a game generally lacking in open-play quality.

Plunkett’s led 1-3 to 1-2 at the interval, Brady and Dean Maguire trading majors, Irelands having lacked any type of offensive threat, persisting with a double sweeper system throughout.

The winners twice led by three in the second half, only for Irelands to earn parity. Yet Toss Byrne’s men always appeared destined for victory - and fair play to them. This win was certainly against the head.

Subs: Rory Taaffe (0-2) for Early (BC), Trevor Walsh for Callaghan, Ben McKenna for Keogh (BC)