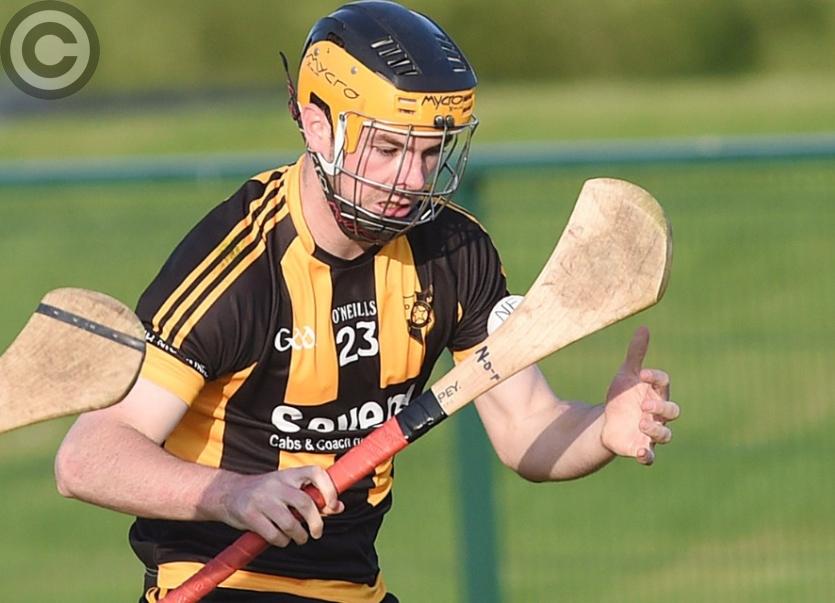 A clinical spell either side of half-time earned Naomh Moninne their first championship win of the season, as well as advancing Paul Drumm’s men to the competition’s semi-final, in Darver on Thursday night.

The scoreline reflects fairly the tale of a match which was tightly contested for much of the opening half, but with the aid of the breeze Moninne were always likely to pull away in the second period.

Indeed, Pearse Óg/Mattock Rangers required an advantage at the break to give themselves a chance at securing an upset victory, which would have propelled them into the knockout stages, and they would have earned it had Moninne’s Connor Clancy not stroked the sliotar to the net shortly before the turnaround.

Still, trailing by just two at the interval, 1-7 to eight, the contest was alive. But the Black and Amber suffocated any sense of hope the combination had over the first eight minutes of the second half, scoring 2-5 to no reply, Clancy picking up where he had left off before the short whistle, striking 1-2.

Darren Geoghegan, who was unusually inconsistent from placed balls, found the net from a free to round off Moninne’s ruthless run, to which Ogs/Mattock were unable to summon anything significant in response. Although Mattie Myles did at least give them a consolation goal in the dying embers.

By that stage the underdogs had lost their main scoring threat, centre-forward David Ryan, to injury. His contribution of five first half points had his team, who were without the experienced Gerard Smyth, in control for much of the first half. They led by three thrice, with Andrew McCrave, who was in prolific form, and Shane Callan dominating the middle sector.

But Clancy’s goal, which fell nicely for him to pull on, was just the boost Moninne needed if not what the game required.

Ultimately, Moninne’s team-work and superiority were evident, though they are not without work to do. On this basis they remain shy of Knockbridge and St. Fechin’s in the pecking order. Their 15 wides won’t make pretty reading for Drumm and co.

Qualification is the bare minimum requirement for the 2017 champions, their eyes will be on a bigger prize and they undoubtedly have the talent to win this competition if they can add consistency to their set-up.

For Pearse Óg/Mattock, albeit it’s ended with three defeats, their campaign has been positive. They’ve competed strongly in spells of their matches and ensured the integrity of the championship through their participation.