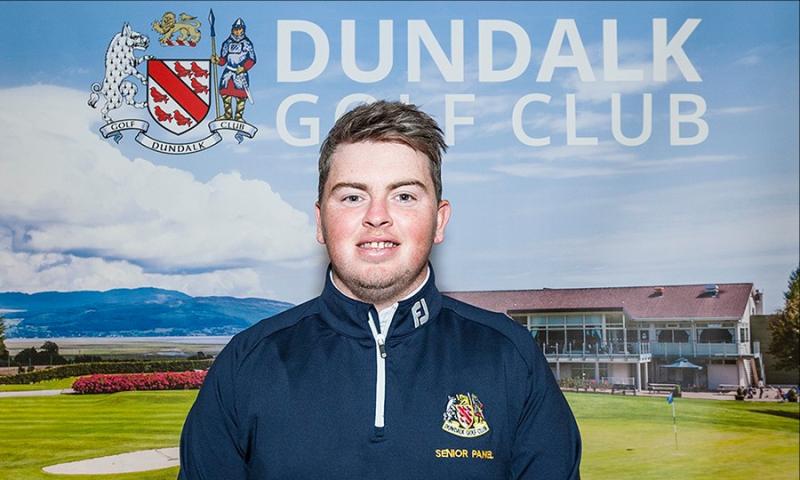 Dundalk golfer Caolan Rafferty has been included in the Great Britain and Ireland team for next month's Walker Cup at the Royal Liverpool course.

Rafferty is one of three Irishmen named on the 10-person team for the September 7 and 8 event against America, who are the holders of the prestigious competition.

The Walker Cup, which runs every two years, is effectively the Ryder Cup of amateur golf and, at 26, inclusion on the team is the highest honour of Rafferty's career to date.

It caps a wonderful two-year spell for the Maynooth University scholar, who has won both the West and South of Ireland Amateur Open titles in the last 18 months, as well as recording top-five finishes at the South African Amateur Championship, The R&A Foundation Scholars’ Tournament, the European Nations Cup and the St. Andrews Links Trophy this season.

On the club front, he was on the Dundalk team that earned the club's first-ever Barton Shield Leinster pennant last year, before coming up short in the All-Ireland final of the same event.

Speaking at the beginning of the year, Rafferty admitted that making the Walker Cup panel was an aim of his, but stressed that it wasn't something he was going to be consumed by.

"The last thing I am going to be worrying about is trying to make the team. If I play good golf that will all sort itself out," he said.

He did, however, spend several days in the run-up to last Christmas on Merseyside after being one of 10 potential Walker Cup players invited to attend an informal practice session at Royal Liverpool Golf Club by Britain and Ireland captain Craig Watson and selectors Nigel Edwards and Andy Ingram.

“It was an interesting two days," Rafferty recalled.

"I never played Hoylake so it was my first time there. Obviously this time of the year wouldn’t do it any justice, the weather was poor and you could see that the course was a bit tired at the end of the season, but the layout is fantastic.

"The clubhouse, everything about it, is amazing. To be part of a Walker Cup team there would be special and would be something that I would really enjoy."