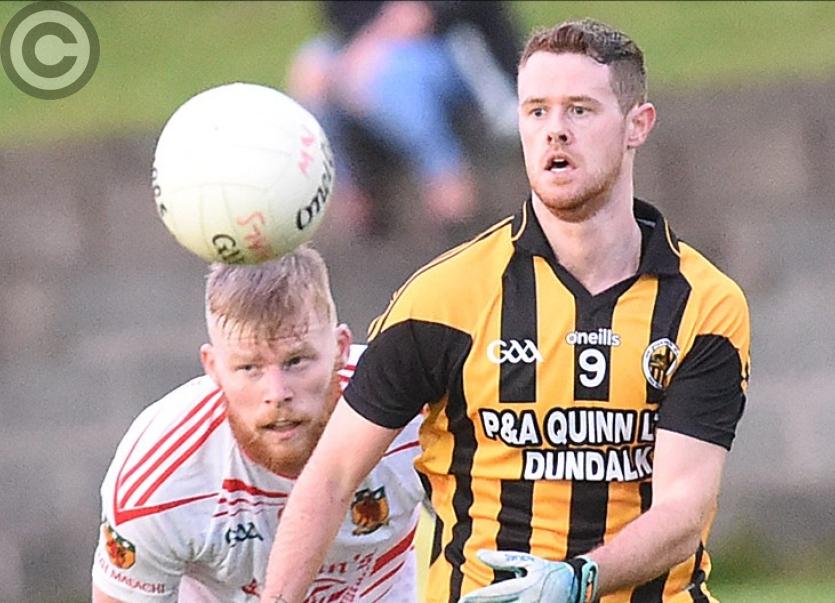 David Boyle was the hero for Na Piarsaigh as the Dundalk side booked their place in the semi-final of the Anglo Printers Junior Football Championship on Friday night.

The full-forward dashed Malachis’ hopes of making the last four as he claimed a hat-trick in what proved to be an entertaining contest in the Clans.

The Courtbane men will be disappointed with the outcome after turning in a good performance and matching their opponents in terms of scores. However, it was Boyle’s eye for the goal that proved the difference in the end.

CLOSE TO CALL
The first half saw the teams enjoy a relatively even share of possession, but the defences ensured that scores were hard to come by. Mals had the edge when it came to taking their points with Collie Rooney and Jack Kirwan splitting the posts, but Boyle kept his side in the game with a goal from play before adding a second from the penalty spot.

Those scores saw the Dundalk men go in at the break with a 2-1 to 0-5 advantage, Conall Shields adding their point.

The second half saw Na Piarsaigh up their game and three points from Robbie Murphy kept them in command, while Boyle completed his hat-trick to ensure his team made it through to the last four.