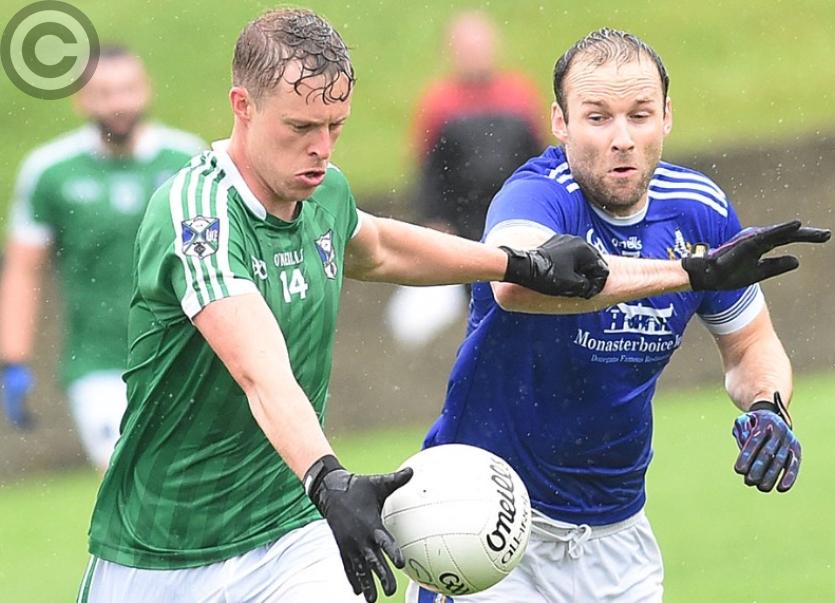 “Fifth time lucky” was the verdict of a Geraldines star in the aftermath of Saturday’s struggle past Ardee St. Mary’s.

Since regaining senior status in 2013, the Haggardstown side have featured in five quarter-finals and yet this was the first time they breached the hurdle. A fairly remarkable record given that, on paper, they’ve a panel of substance.

The luck spoken of may just have related to the draw. In prior years they were pitted against Newtown Blues and a St. Joseph’s team on the rise, among others. Had they pulled a group winner other than Mary’s this season it’s unlikely they would have jumped the troublesome hurdle either.

And that is the blunt reality of it. Albeit the opener in Dunleer wasn’t as tight, it was of a far higher quality and highlights the levels Gers still have to reach, in a matter of weeks, if they’re to compete on the last four stage.

Two factors proved most telling on a damp night: Jim McEneaney’s score-taking excellence and Marys’ wastefulness. The former struck eight of his team’s points, six from frees, while the Ardee men hit 12 wides, two-thirds of them coming before half-time. Thus Gers always looked like winners.

Eamon Dunne’s charges had more of a plan, the aim generally being to find McEneaney as quickly as possible. Sure what else would you do with the Louth forward being in such prolific form?

Mary’s, meanwhile, impressed in reaching a certain part of the field, but too often found themselves meandering on the periphery of the scoring zone, in allowing Gers to flood numbers back. Cheap concession of possession became a theme, although Gers were guilty of turning the ball over as well.

The victors led 0-8 to five at the interval, with McEneaney accounting for six of their efforts. Kian Moran hit the point of the half from range and repeated the trick after the break. And so it was a surprise to see him withdrawn at a juncture where Mary’s were beginning to find routes into Geraldines territory.

Their switch of Ciarán Keenan to the inside line was effective, though, and the former Louth minor caused Gers most anxiety as the gap was reduced to the minimum entering the closing stages.

They were always in need of a goal, however, and the nearest they came was in stoppage time when Ronan Carroll blazed over, Marys’ Joe Ward hopes flying with it.