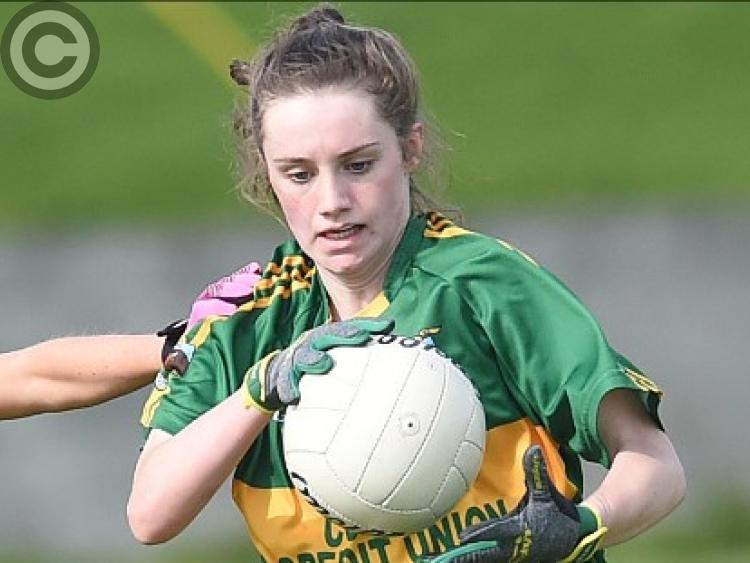 Niamh Rice was on form for Cooley Kickhams in their SFC quarter-final win over Stabannon Parnells. (Pic: Arthur Kinahan)

The foundation for Cooley’s victory was laid in the first half, where they scored 3-6 to Stabannon’s three points, including a quickfire brace of goals from Katelyn Quinn and Niamh Rice.

Indeed, the pair were among a number of minor championship winners Cooley were able to field and the fact that they were still without county star Lauren Boyle underlines the talent at their disposal.

Rachel McNally and Jenny McGuinness found the target as Stabannon fought on, but a third Cooley goal, from Renee McGlynn, presented them with a thankless task.

In fairness, Parnells battled strongly in the second half and cut the deficit to seven points, 3-7 to 0-9. It may have been even closer, too, had Coirin Rice not been at her best between the Cooley posts.

The game’s final six points were shared leaving Kickhams to advance to a meeting with Roche, who defeated them in the group stage.