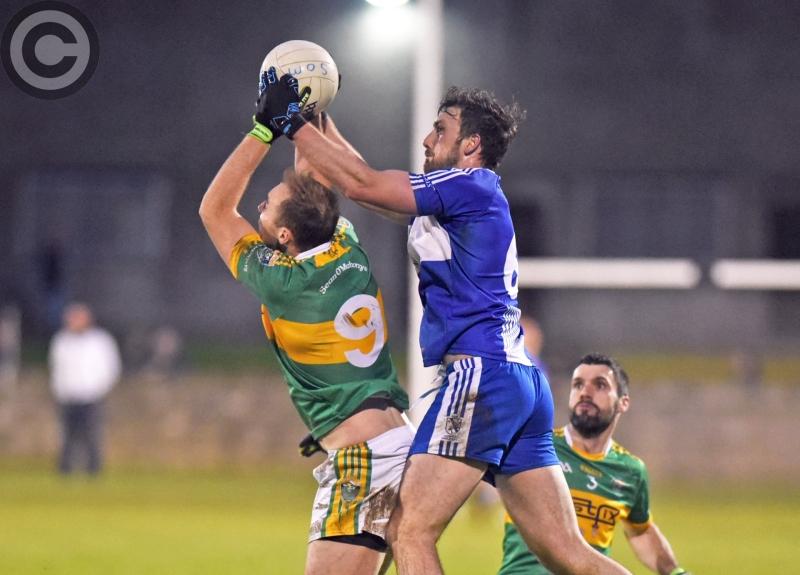 Dundalk Gaels’ young and not-so-young stood to the fore as the Ramparts men safeguarded their championship status on Friday night, condemning Sean O’Mahony’s to a first demotion play-off since their senior return.

Derek Crilly, a veteran given his length of service, was supreme at midfield for Paul Morgan’s team, acting as a relentless driving force, while a previously unheralded youngster, corner-back Mark Hanna, distinguished himself in a different manner, hassling terrier-like from start to finish.

Just three points stood in the difference, but it may as well have been 33. An onlooker wearing Gaels’ blue was fretting to the finish at the possibility of O’Mahony’s finding a game-saving goal. Their fear was unfounded, though. Conor Crawley wasn’t on the edge of the square and in his absence O’Mahony’s lack their famous route one ploy.

The Point Road charges have made a habit of mugging teams during the most successful spell of their existence, their belief-inspired doggedness being a most admirable quality, but it simply wasn’t going to manifest itself here, and rightly so considering Gaels led from the off.

“I thought we were very much in control, we could have had a few goals,” said the Gaels boss after the match.

Indeed, had the footwork of their inside-forwards been a bit more nimble they may have profited from a few of Seán McCann’s knock-downs in the first half. However, having built an early advantage, they went to half-time nursing a deserved buffer of 0-7 to four.

O’Mahony’s lost Conor Martin to a black card, with Gaels’ Gary Shevlin receiving the same punishment from former All-Ireland final referee Cormac Reilly, though it was the former’s absence that left the bigger gap as Gaels wrestled a firm grip of midfield after the break.

Albeit the game was tied at seven apiece at one stage, Gaels were rampant across the closing quarter, securing a triumph which Morgan feels is key to his side’s development.

“We’ve a lot of young players coming through and we’re playing a slightly different system to the last few years, so it takes time and we’re in a bit of a transition period.

“You have to be playing in the senior championship and in Division One if you’ve ambitions and we have ambitions. We’re going to do everything we can to get back to Division One.”