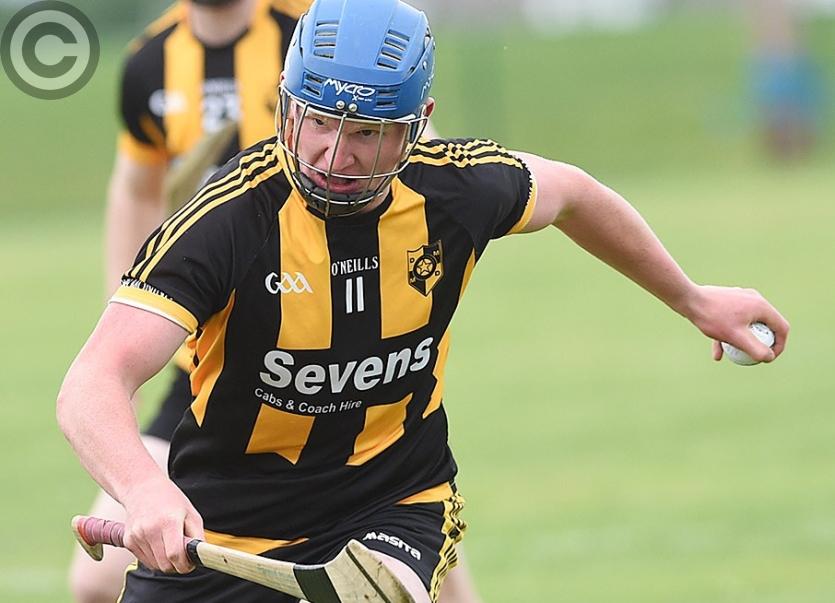 Darren Geoghegan blasted an injury-time penalty to the net as Naomh Moninne bagged their first point of the Senior Hurling Championship on Thursday night.

St. Fechin’s were the better team in Darver and led from an early stage, but their 14 wides and other butchered openings didn’t lend itself to pulling away. And, with the door ajar, Moninne capitalised, Pádraig Fallon winning the spot-puck from which Geoghegan made no mistake.

The score took the Louth marksman to 3-7 for the contest, although the game’s outstanding player was arguably Fechins’ Paul Matthews, who oozed class with his every touch. Another county star, Seaghan Conneely, also impressed during a second half spell where the Hoops looked to have done enough for victory.

They led by four entering the closing stages and three two minutes over time, and yet Moninne never gave in, despite their general failure to hit form in the forward line.

Fechins’ ability to get scores easier became a theme. Albeit they were wasteful, 2-11 of their total arrived from play; whereas Moninne had to do a lot of battling to even get a shot at the target.

Of course, Paul Drumm’s men got a dream start, Geoghegan stroking to the net after just two minutes. But it was a lead they held for less than 60 seconds as Fechin’s - through Matthews - made use of the stiff downfield breeze to rattle in a goal in response.

Moninne were thereafter reliant on Geoghegan’s dead-ball prowess to stay in the game. By the time Feidhelm Joyce, another of evident inter-county material, added his name to the list of scorers, Fechin’s were 1-7 to 1-3 in the lead, Matthews and Vincent Hynes with the pick of their points.

Soon after, the gap was exactly double, 2-8 to 1-4. Matthews was the orchestrator of a goal, his precise delivery raining into the hand of Conneely who made no mistake with his finish and when Paddy Lynch subsequently made it an eight-point game the odds of Moninne salvaging anything - including pride - looked slim.

Though they found form just before the break, reeling off 1-2 in jig time to trail by just three, 2-9 to 2-6. A gap which they whittled down to the minimum in the early part of the second period, only for Fechin’s to launch their seemingly match-winning burst; four points in succession sending them five clear.

Over the closing quarter, though, the Black and Amber outscored Fechin’s 1-4 to two points. The Hoops departed the field smarting, as those in Moninne’s camp trotted off wearing wry smiles, knowing they were let off.