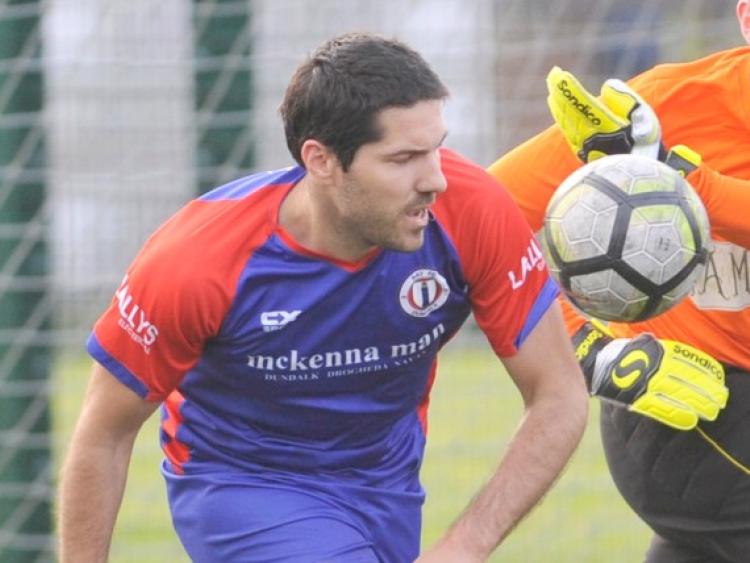 Alfonso Crespo was influential as Bay FC saw off Albion Rovers in the NEFL Division One league on Thursday night. (Pic: Aidan Dullaghan)

The summer break hasn’t knocked Bay out of their stride and Damien Bellew’s men continued their march to the Premier Division with a 5-2 win away to Albion on Thursday night.

Having taken the lead in the second minute through Gavin Donnelly’s composed finish, they led 2-1 at the break in spite of Albion equalising and having much of the first half play. Donnelly converting his second right on half-time.

Alfonso Crespo’s thunderbolt made it 3-1 after a tough start to the second half, where both sides got stuck in, before Luka Brlenic extended the lead to 4-1.

Albion halved the deficit, but Quadri Olowo marked his return from injury with Bay’s fifth.