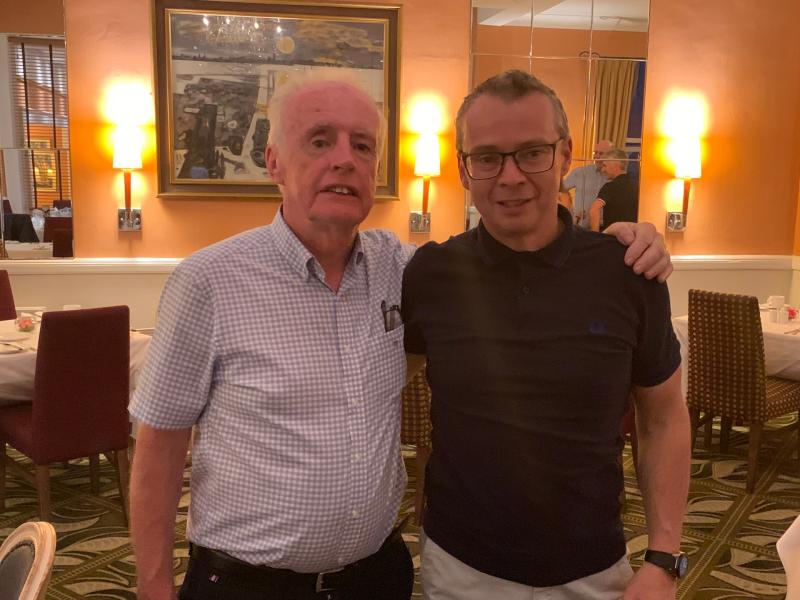 Tommy Campbell was honoured with a lifetime achievement award by Dundalk RFC at Ballymascanlon House Hotel on Saturday night.

Through his role as club manager, Campbell has been an integral member of the Mill Road outfit for many years, having also filled playing and coaching roles.

As Dundalk RFC President John McKevitt outlined as he presented Tommy with his award, recalling their playing days together, there was no better company for the players and coaches to be in than that of Tommy Campbell.

The club would like to congratulate Tommy and are delighted that his wife Jean and his sons were present to see him receive the recognition and acknowledgement he truly deserves.

The ceremony finished a wonderful day for the club, the annual golf classic having taken place at on the Ballymac course earlier in the day. Thus, the club would like to thank the outing’s sponsors, particularly to the overall sponsor, Recruit Island.

“We also thank sincerely club member and loyal sponsor Gary Valentine who, in his professional capacity, auctioned an Ireland jersey signed by Irish international Devin Toner, to Hermione Duffy, to whom we are also deeply appreciative of her very generous support.

“We also thank Darren Guest and Pinstripe Punk for their generous sponsorship of first prize for the winning golf team.

“We were very pleased to welcome a true friend and very generous sponsor of Dundalk RFC,  Mr Pat O’Callagahan, who was able to join us from Canada, where he now calls home.

“Finally, we thank sincerely the Dundalk RFC golf committee who worked tirelessly to ensure the event was a monumental success.”