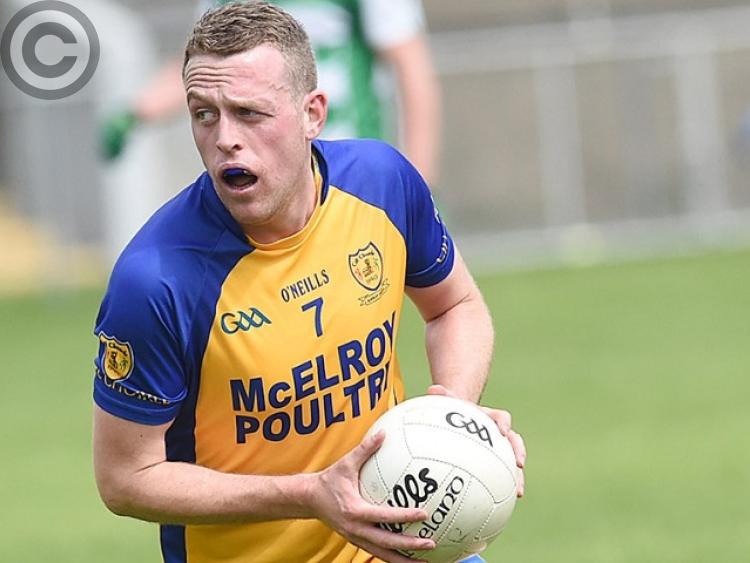 Kilkerley Emmets’ first game back in the intermediate championship ended the same way as their last, a victory over Clan na Gael, in Dowdallshill on Saturday night.

Four years on from their last Seamus Flood Cup success, Emmets are much changed, boasting a distinctly more youthful look.

The likes of Conor Quigley, Ewan McEnteggart, Kieran Murtagh and Fintan Brady were making their championship debuts and while Emmets will hope that this is just the first of many summer victories involving the respective young guns, first and foremost, they will know improvement on this overall display is required.

An entire division may separate the pair, with Clans operating out of the top-flight, but Kilkerley were the fancied contender at the weigh-in and with Mark McCann’s underdogs less Billy Smith and Mark McGeown in attack, Emmets’ pre-bout favouritism looked justified, especially on the basis of the early stages.

Winger Ciarán McGlynn almost tore a hole in the net within 30 seconds of throw-in and by the 10th minute, a six-point gap had developed, with Robbie Curran’s free all Clans could muster.

At that stage, the safe money would have been on a comfortable victory for Paul Sharkey’s men, though it proved to be anything but, the importance of McGlynn’s goal growing as Clans fought back through Emmets’ spell of slumber either side of the interval.

A point from Shane Lennon - who was uncharacteristically wasteful in Emmets’ attack - had the country side 1-6 to four in front towards the end of the opening period, though three John Byrne points had Clans to within a brace by the break, before Curran cut the deficit to the minimum as Emmets floundered field-wide.

But Tadhg McEnaney was a calm head, pointing twice to make it 1-8 to eight, as the others wasted chance after chance, prior to adding a sealing goal in injury-time. Overall, however, the winners will be disappointed with their excessive wides tally, 10 in all.

In saying that, the stop-start nature of the second half didn’t lend itself to clinical play. Referee Declan Dunne had to childmind on more than one occasion to separate members of either camp, both on and off the field, as tempers needlessly flared.

Ahead of McEnaney - the game’s best player - deciding the outcome once and for all, Clans had umpteen opportunities to reduce their shortfall and perhaps even level, but, as was also the case in round one against Oliver Plunkett’s, a ruthless touch was absent.

Ultimately, they’ll have to sweat on Kilkerley’s duel with Plunkett’s to learn their group stage fate.