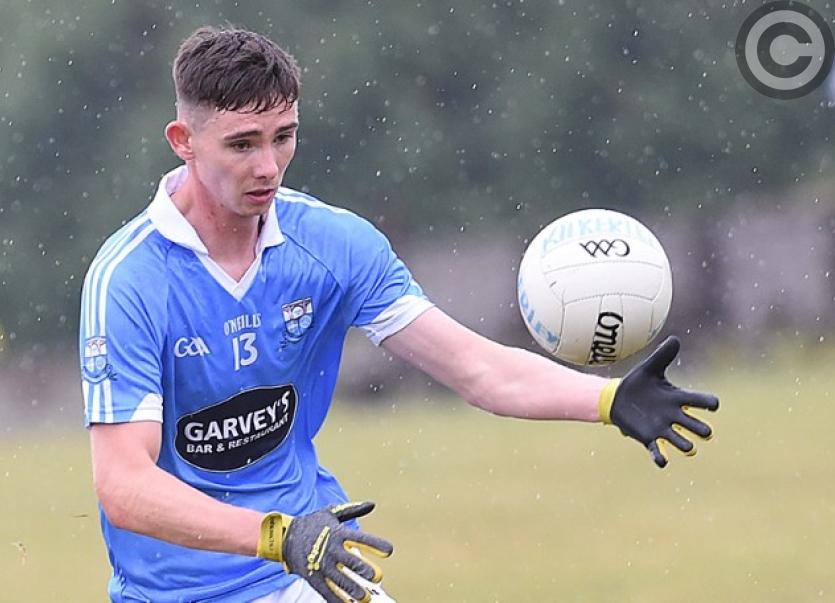 There is a notion that Newtown Blues peaked too early last season, in spite of winning the senior championship. But, 12 months on and, worryingly for the rest, they seem to have timed their run to perfection.

It took them less than 20 seconds to hit the front against St. Mochta’s, Robert Carr slotting agonisingly beneath Jason Callan for a goal that set Ronan Phillips’ juggernaut in blistering motion, and so the outcome was duly determined.

If possible, the Drogheda charges - who are seeking to become the first team to manage three-in-a-row since the Cooley Kickhams winning machine of the 1970s - look better than in the last two years, where barely a glove was laid upon them on their way to glory.

They simply gave an exhibition in the miserable Castlebellingham weather, Ross Nally, looking sharper than he has done in some time, ruthlessly punishing Mochta’s every time he received possession.

Similarly, Ciarán Downey and Andy McDonnell pointed off left and right from a myriad of places, registering as though it was a game of Subbuteo; whereas the Louth Village crew relied single-handedly on Declan Byrne, something which didn’t ergonomically lend itself to a competitive challenge.

Indeed, the No.13 struck their opening eight points - all from placed balls - as it took Seamus McGahon’s team 52 minutes to get off the mark from play, through substitute Cormac Smyth.

But they were facing the county’s cream and few would have stuck with Blues in this form, especially in the first half, where they led 1-9 to three points shortly before half-time. And while Byrne whittled the deficit back to seven at the turnaround, their task was one to be unenvious of.

Towards the finish, Blues seemed to lose interest, with the spoils safely in the bag, and this allowed Mochta’s to come back to within five points and, ultimately, six, but they will still feel disappointed with their overall contribution.

Perhaps the most daunting element to Blues is that they’re not even at full strength as of yet. Captain, and Louth full-back, Emmet Carolan was in attendance, but not involved, while John Kermode and Fergal Donohoe - others with inter-county experience - got game-time following recent absences.

Simply, who’s going to stop them?