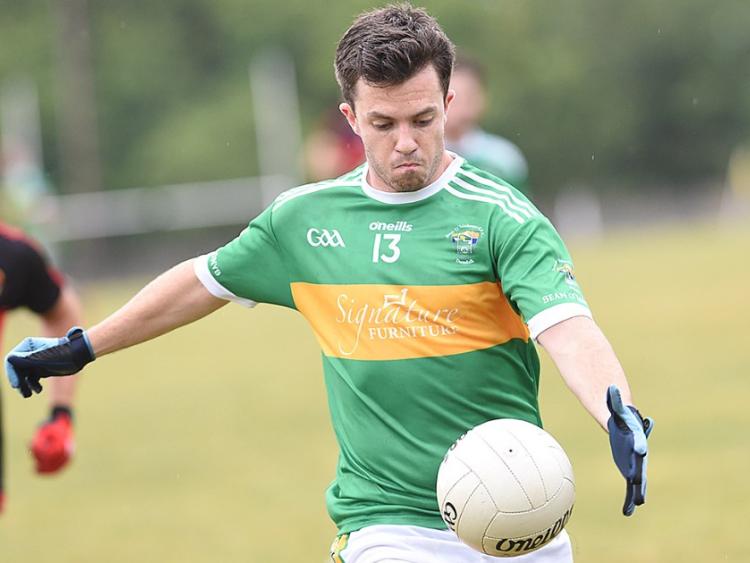 Dreadnots have managed to execute their pre-championship brief, and progress from group three, but in a stumbling style that suggests their tilt at a maiden Joe Ward crown could fall short once again in 2019.

They led Saturday night’s game against Sean O’Mahony’s by two points in injury-time, but somehow succumbed to draw an affair in which they had firm control for its majority.

Stephen Kilcoyne, typically, was O’Mahonys’ ice-man, converting six of his team’s 12 points, including a clutch equaliser deep into time added-on, from along the right flank. Dreadnots had possession up the field in the seconds prior, but poorly turned it over in allowing O’Mahony’s to effectively break and capitalise, earning a most unlikely reprieve.

In truth, in spite of starting the brighter, it’s a game that the Point Road men really shouldn’t have been in following a first half where Dreadnots enjoyed almost complete dominance. Their three-point half-time lead was irreflective of the grip they held, but, having shot six wides, they offered O’Mahony’s a lifeline and, in that regard, there’s hardly a more appreciative crew.

Next weekend, O’Mahony’s are out against their old foes, St. Patrick’s, where, one would anticipate, Paul McLaughlin’s team’s challenge will be a lot more rounded. They only require a point to progress, but with little in the way of love lost their focus will be ferociously intense - when is it not?

Of course, they have plenty to work on, especially in attack where their link play often fractured in advance of reaching Kilcoyne and Ben McLaughlin, who cut a frustrated figure for long periods, in the inside line. This breakdown had quite a big part to play in Dreadnots’ gradual territorial supremacy of the first half, which provided the Clogheread men with what seemed like a winning platform.

Thus half of the Dundalk team’s four-point interval tally came via frees, with Conor Finnegan - who would be later carried off - and Kilcoyne on the scoresheet twice apiece despite feeding on scraps.

Dreadnots were equally as reliant on a particular pair, Jay Hughes doing his reputation as his side’s new kid on the block no harm with three points - matching Páraic Smith’s tidy opening 30-minute haul - to hand Wayne McKeever’s men a comfortable buffer.

What O’Mahony’s produced in the second half was in stark contrast, however, with Kilcoyne leading the way. They were level at 0-8 apiece and although the favourites pushed clear again - and even had Anthony Lynch’s goal chalked off for square ball - O’Mahony’s, in a familiar fashion, returned serve, McLaughlin and Kilcoyne striking past the hour to rescue a tie.

Last year it was written that O’Mahony’s would find their way out of a room with no doors. They’ve managed it again.