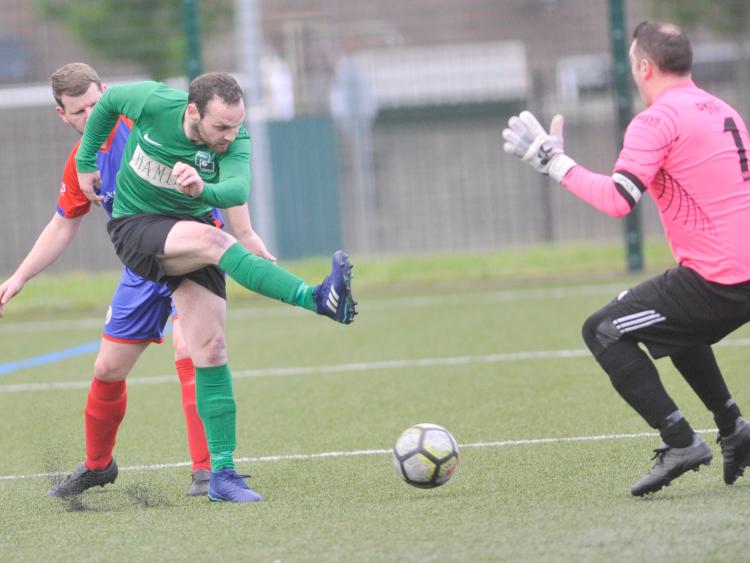 Square United's James McMullen helped his team into the next round of the Tully Cup on Friday night. (Pic: Aidan Dullaghan)

Square United struck twice in the second half to book their place in the third round of the Tully Bookmakers Challenge Cup in Oldcastle on Friday night.

The Ardee side, two divisions ahead of the Meath natives, took until after half-time to make the breakthrough when Aaron Kerley stroked home from the penalty spot.