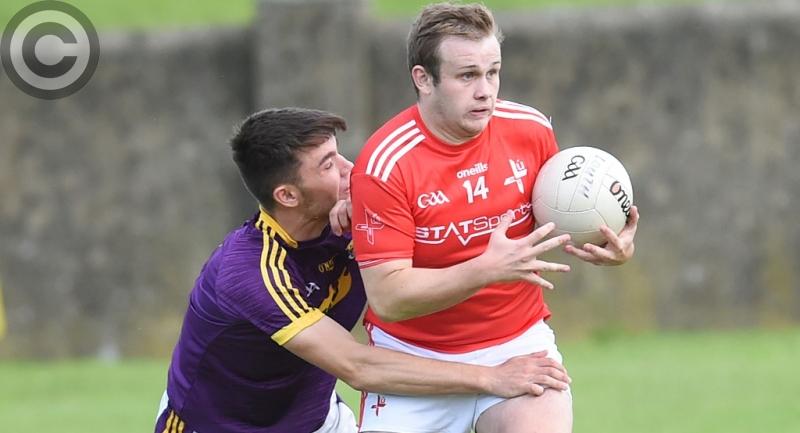 Louth GAA’s miserable championship summer produced a final defeat on Tuesday night, as the U20s bowed out of Leinster at the last eight hurdle.

Yet this exit was in stark contrast to the majority of the losses of recent weeks. To say Aidan Shevlin’s men died with their boots on would be an understatement. Ultimately, the scoreline doesn’t do them justice.

Of course, Wexford were much the better team in the first half, but Louth conceded two woefully poor goals, while the winners’ third three-pointer arrived in stoppage time, with the game level and Louth smelling the whiff of an incredible victory.

Eleven of the match’s closing 12 points were recorded by the hosts, as John Gallagher, Conor Gillespie and Eoghan Callaghan showed up in their team’s time of need. The relentlessness of the Reds at this juncture was a far cry from their typical league displays, which returned respective 18, eight and 22 point losses to Ulster opposition.

And another depressive outing appeared to be in the offing when ’keeper Cillian Rice seemed to lose awareness of a dropping ball from Jamie Myler, leading the effort to finish in the net.

The second goal was arguably worse as a mix-up between Rice and Daniel Corcoran resulted in the latter deflecting into his own net. Just on the brow of the break, it looked like being a knockout blow.

Especially when Wexford shot over the second half’s opening pair of points, through Michael Molloy and Seán Nolan (free), to stretch their advantage to double digits, 2-9 to five.

The Wee County had five different point scorers in the opening period, but Gallagher led the comeback, after Gillespie (2) and Fearghal Malone had brought the gap back to seven.

With the technique of a seasoned pro, the John Mitchel’s man hit four of the next six points, all bar one of which went to Louth, before substitute Shane Hickey burst through to reduce the margin to one.

Wexford began panicking and in spite of their ability to hold possession, were going nowhere, allowing Louth to hound them into coughing up the ball. And they did, prior to conceding a rangy free from which Malone split the posts to level as full-time approached.

An incredible scrap broke out around centre-field subsequently as inhabitants of the area multiplied, each and every player frantically trying to give their team a winning platform.

Louth looked to have just that when awarded a free on their own 65m line. Malone was the taker and with the match-up being 3v3 at full-forward, he could have belted it in, but took the pragmatic route - a short, dinked effort, which was cut-out.

And Wexford broke through with Molloy winning the penalty from which Myler shattered Louth’s challenge, shooting to the net to end hopes of a semi-final meeting with Dublin.

A game, a season, a year of what-ifs. It’s fitting, if utterly disappointing, that the closing chapter unfolded like this.