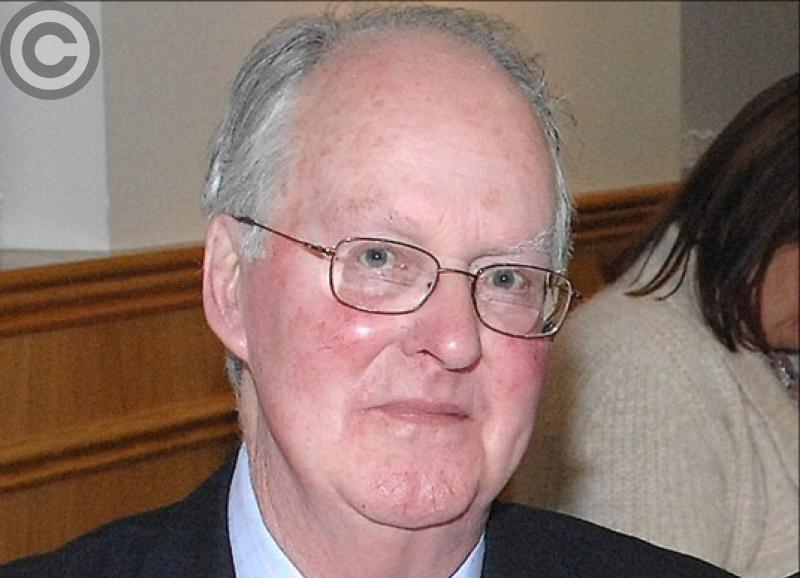 Jim Roe had a short career with the Louth senior team, playing his first game in the opening round of the 1956/’57 National League and his last less than four years later. In all he had just 20 outings, covering the championship, league and O’Byrne Cup.

That record, however, masks an achievement shared by only a very small number of the many thousands who have worn the red jersey. When only a matter of months into his 20th year, Jim Roe played a crucial role in his county winning the Sam Maguire Cup for the first time.

His three points in the 1957 All-Ireland final defeat of Cork were vital; without them Louth would not have won a game which, over six decades on, retains a very special place in the story of this county’s football.

Jim Roe died last Wednesday in his 82nd year. An Ardee man, he had been living in Dublin for a number of years. His burial, attended by many of his former Ardee St. Mary’s and Louth colleagues, took place in Glasnevin Cemetery on Saturday.

It was only a matter of weeks after he had won the first of his two Louth senior championship medals - his St. Mary’s team beating Stabannon Parnells in the final in Dundalk – that Jim made his inter-county debut, playing on the left wing in a league game against Laois. He scored a point that day, but didn’t figure in any of the competition’s subsequent matches.

He was on the panel for the opening round of the 1957 Leinster Championship, coming in as a second half sub in the 3-6 to 0-4 defeat of Carlow. As he recalled in Eunan Whyte’s Heroes of ’57, “Kevin Beahan (a St. Mary’s colleague) was at centrefield and he said to me to be ready, because when he got the ball he was going to give me a pass. That was the type of Kevin – he would nurse you along. He gave me a beautiful pass and I was totally clear, so I went on a solo-run for about 20 yards before I fell on my face. After that I didn’t want to see the ball again and I think I was very lucky to be in the subs again for the next game against Wexford in Croke Park.”

Jim didn’t figure in any part of that game, but was in from the start for the semi-final with Kildare. This is often recalled as Jimmy McDonnell’s day, the Darver Volunteer scoring 3-3 on his comeback to inter-county football. But there was also a solid contribution from McDonnell’s lightly-framed but very effective colleague, who added 1-1 to the 5-8 scoreline.

McDonnell was again in scoring form in the defeat of Dublin in the provincial final, claiming 2-2, and Beahan, who shared free-taking duties with his club colleague, came in with four points.

The value of having a reliable free-taker – or two, as it was with Louth – was underlined when it came to the All-Ireland series. Between them, Beahan and Roe contributed seven points to Louth’s 0-13 haul against Tyrone in the semi-final and 0-6, evenly divided, to the 1-9 in the final.

Had better luck surrounded Louth’s 1950 All-Ireland final with Mayo, the Roe family could today be boasting of two Sam Maguire Cup wins. Jim was just 13 as he looked on while his brother, Nicky, almost single-handed took on the Connacht champions. He scored all but one point of Louth’s 1-6, and maybe had he been able to see out the game his side could have turned a two-point defeat into a victory.

Again speaking to Eunan Whyte, Jim said: “All I can remember is sitting in the Cusack Stand bawling my eyes after the game was over. My big brother had been beaten and I thought it was the end of the world.”

Jim recalled that he should have done better with an early chance in the ’57 final. A goal was on, but he decided to go for a point, but that was forgotten in the celebrations which followed – except by Nicky.

It was on the Tuesday evening and he was sitting having a cup of tea when Nicky came in, the two of them seeing each other for the first time since the final. “He didn’t say well done, or anything like that, but turned and said ‘you should have had a bloody goal’. So that was certainly keeping my feet on the ground. But he was naturally very proud.”

Jim played throughout the league which followed the All-Ireland final, and was again ever-present for the ’58 championship which ended with a Leinster defeat by Dublin in a replayed final. But he had only a handful of appearances after that, the last of them in the 1960 Leinster semi-final defeat of Westmeath.

He did, however, add to his St. Mary’s collection, winning a second championship medal in the 1960 final defeat of Naomh Mhuire at St. Brigid’s Park.