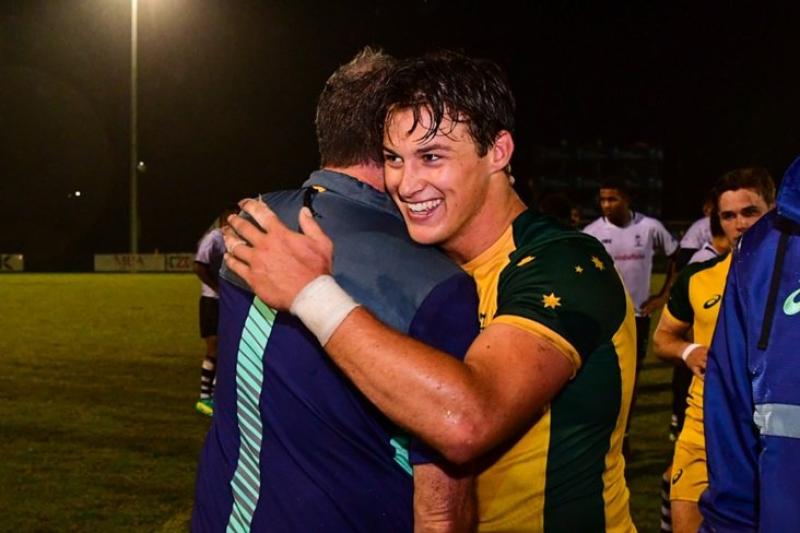 Michael McDonald starts for the Junior Wallabies in the U20 World Cup final..

Former Dundalk RFC youth player Michael McDonald has been named to start at scrum-half for the Junior Wallabies in tonight's U20 World Cup final against France in Argentina.

The 19-year-old has enjoyed a whirlwind few months, firstly being named in the extended panel before helping the Aussies to glory in the Oceania Championships. However, the ex-Cooley Kickhams GAA player has been a star performer in the World Cup, including in his team's pool victory over Ireland.

McDonald moved down under with his parents, Andrew and Sally Ann, and twin brother Andrew at the age of 13.

His elder siblings, Cillian and Gearoid, have enjoyed careers at a decent level within Ireland, the latter lining out for Old Belvedere and Lansdowne in the All-Ireland League as well as helping Leinster Juniors to the Interprovincial crown last year. While his father won a Provincial Towns' Cup medal with Dundalk in 1987.