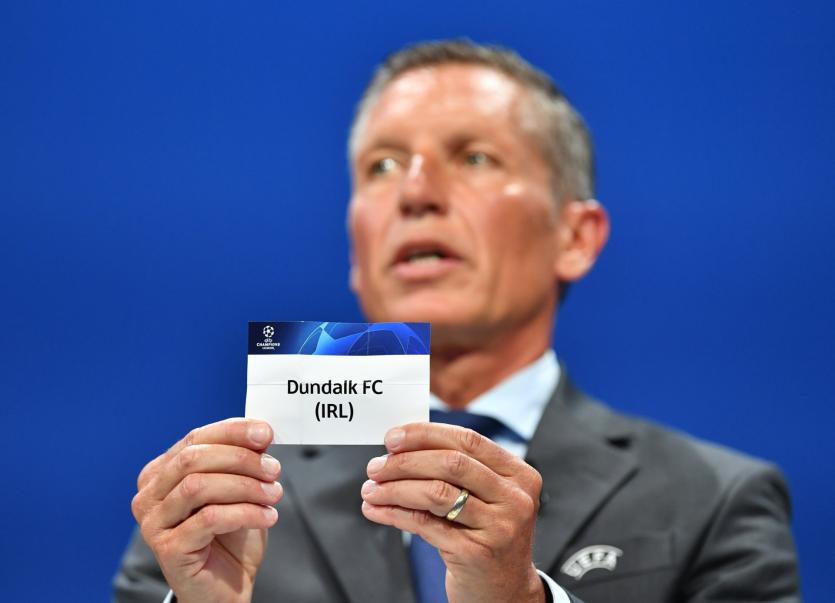 The dates for Dundalk FC's UEFA Champions League opening round qualifier against Latvian champions Riga have been confirmed.

Oriel Park will host the first leg on Wednesday, July 10, before The Lilywhites travel to Skonto Stadium in Riga the following Wednesday. The home clash will have a 7:45pm kick-off time, with the away leg details still to be confirmed.

The draw for the second round qualifiers will take place in Nyon, Switzerland, this morning. Danish giant Copenhagan or The Lilywhites' old foe, BATE Borisov, are among the teams Vinny Perth's side could draw.