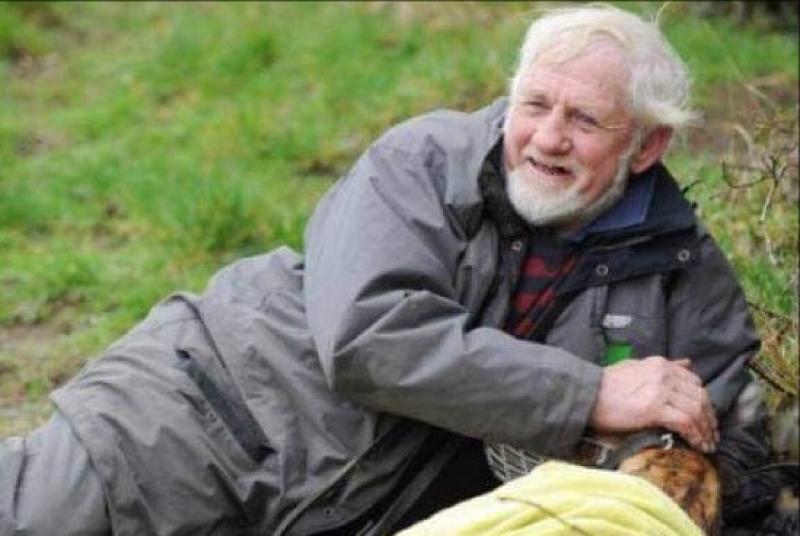 Gerry Heeney’s family was involved in racing and coursing going back many decades.

The ranks of the departed has been swollen in recent weeks. Clogherhead’s Peter Burke, Gerry Heeney and Pat Quinn died within a few days of each other a number of weeks back, and following Mabel Blair’s passing in Larne on Wednesday last, members of the local greyhound fraternity were shocked to hear of the sudden death on Friday of Matt Ginnety.

Matt, an avid follower of greyhound and horse racing, was at Dundalk Stadium the previous week and on Wednesday went racing at Naas. For many years he ran a hugely popular hostelry in Dromiskin, which was often the gathering place for Dundalk & Dowdallshill coursing folk in the height of the season.

Matt took a huge interest in the St. Joseph’s football club, having played with O’Connell’s in his youth. His interest in horse and greyhound racing had him involved in ownership, and as a member of the Aintree Crew Syndicate enjoyed lots of success at Dundalk and other tracks. His burial took place on Sunday.

Mabel Blair and her husband, Joey, raced many a fine greyhound at the old Dundalk track, Rush For Silver the best of all. A dour stayer, Rush For Silver numbered the 1990 Kerley Memorial Marathon among her successes, and it was in that year she was named the country’s top long-distance runner.

Survived by her husband, daughter and two sons, Mrs Blair was buried in Kilwaughter Cemetery, Larne, on Sunday afternoon.

Mention of Pat Quinn and the name Drumsna comes to mind. This was the Leitrim village where his wife, Pauline, was born, and it was the name they gave to most of their greyhounds, it becoming one of the country’s best-known prefixes.

Pat, who had kennels at different times in Kilkerley and Togher before making his final base in Longford, began his career breeding a bitch, Abbey Holly, who he’d been given by the late Tommy “Tuckser” Cahill. The offspring were outstanding, dogs such as Race Riot, Civil War and Top Notcher competing with – and beating – the very best.

Many of the Drumsnas, all of which raced in Pauline’s name, were also in the higher echelons, Drumsna Queen, bred by Dennis Farrelly, reaching the final of the Irish Derby.

Never slow to put something back into a game that gave him so much success and enjoyment, Pat was sponsor of the Dundealgan Trophy, for many years Dundalk track’s premier competition.

Gerry Heeney’s family was involved in racing and coursing going back many decades. His father, Johnny, and grandfather, Johnny Clarke, had a long association with the Dundalk & Dowdallshill coursing club, while his brother, Michael, has turned out many fine greyhounds from his still-active Newtownbalregan kennel.

Another brother, Seán, is prominent in Co. Clare coursing circles.

Gerry, who lived in Castletown, had a racing and breeding establishment at Moorland, and along with his son, Gearoid, enjoyed success in recent years, concentrating mostly on coursing.

Sympathy is extended to the families of the deceased.