Louth dumped out of the All-Ireland qualifiers by Antrim 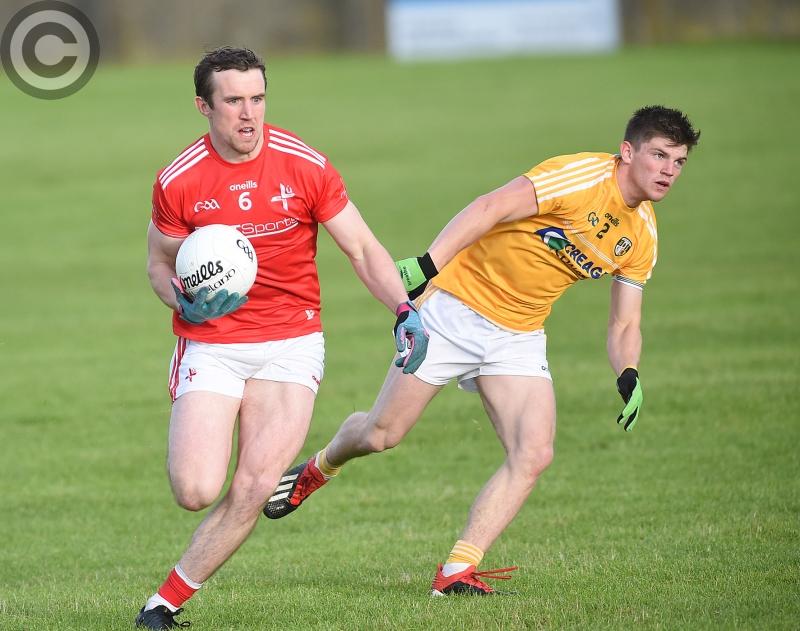 Louth bowed out of the All-Ireland SFC qualifiers tonight, losing comprehensively at home to Antrim.

Despite leading 1-5 to 0-2 after 15 minutes, with Andy McDonnell bagging the three-pointer, the Reds conceded two goals - both scored by Matthew Fitzpatrick - before half-time and trailed 2-5 to 1-7 at the turnaround.

Eoghan Duffy hit the post early in the second half as Louth opened brightly, but Antrim hit three of the first five points before a six-point run to no reply saw Lenny Harbinson's men coast eight clear.

Louth finished with 13 players - Fergal Sheekey and Declan Byrne seeing red - as the misery was compounded through late Antrim points.

Eight was the difference at the finish, Louth football is simply at its lowest ebb.